At this year’s NerdHQ during Comic-Con week in San Diego, I was amazingly fortunate enough to preview/play DICE EA‘s Battlefield 1 on a PC, powered by the AMD Radeon R9 Fury X, with a 2560×1440 monitor running at 144Hz. Pretty sweet setup! Because it was still in beta mode, the graphics menu was hidden and no video recording was allowed. 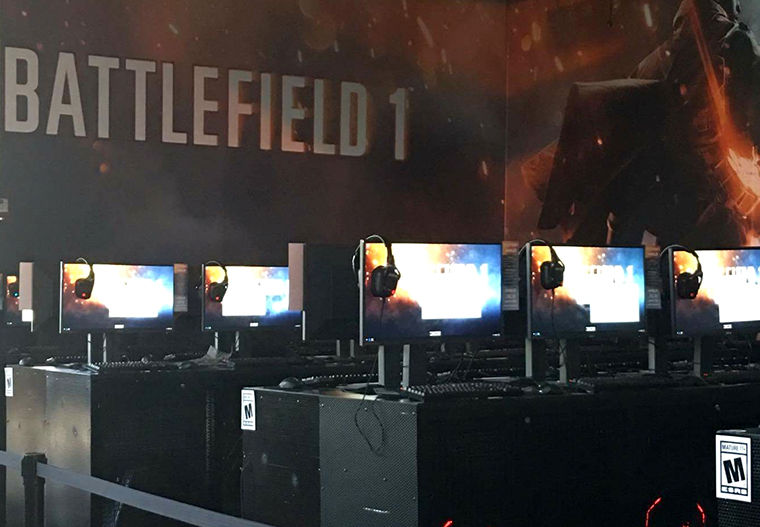 A countdown ticked off, and once it ended about 50 of us stationed at PC’s around the room started the game. Instantly the story, graphics and sound pulled you right into the action. Battlefield 1 is an upcoming first-person shooter video game based during World War I developed by EA DICE and published by Electronic Arts. It is the fourteenth installment in the Battlefield franchise.

The game is scheduled to be released on Microsoft Windows, PlayStation 4 and Xbox One worldwide on October 21, 2016.

NerdHQ 2016 was sponsored by AMD, XBOX, Alienware, Oculus, Collective Square Enix, Logitech and a host of others. Watch the official trailer…

Sim parenting is about to become more involved with the recently announced Parenthood game pack. Toddlers, children, and teenagers …