CAUTION: Spoilers for the game follow, along with some violent descriptions.

Far Cry Primal is the 10th game in the long-running Far Cry video game series. In each installment, you can usually expect a lush open-world environment, many NPCs, and guns. Lots and lots of guns. With Primal, Ubisoft took a different route, turning the tables on the franchise. In Primal, you play as Takkar, a prehistoric warrior who is the sole survivor of a mammoth hunt. He starts off with no weapons, but as you progress through the game, you upgrade his bow/arrows, clubs, and spears. But with every Far Cry, there is always a high

ly twisted and disturbing antagonist. With Far Cry Primal, there is not one, but two very brutal villains, and they are both leaders of tribes that conquer the land of Oros. One is Ull, leader of the Udam, a cannibalistic tribe that lives in the cold mountains. The other is Batari, leader of the Izila, a tribe that worships a sun goddess named Suxli and lives in the hot marshlands. Both are punishing, and are a big challenge to Takkar’s tribe, the Wenja.

My playthrough of the game took about 10 hours, including all Specialist missions. To some people, 10 hours isn’t long, but the gameplay in Far Cry Primal is outstanding. I actually enjoyed throwing spears and shooting arrows more than having a SMGs, sniper rifles, and handguns in my arsenal. There’s also new, creative weapons, like bee clusters and fire bombs. Using those on my enemies was fun and satisfying, and brought a whole new level of awesome into the game. In Primal, Takkar can also tame animals, which is about as epic as it sounds. Each beast you tame fights by your side in combat, and that is pretty darn cool.

Now, lets talk a bit more about the rival tribes and their boss fights. If it were up to me, I’d s 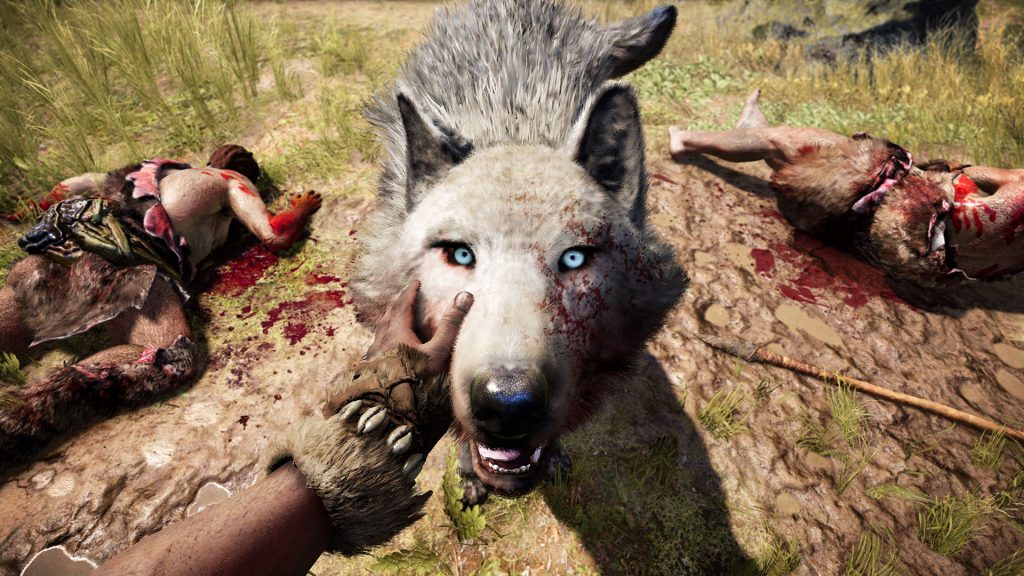 ay Batari is the tougher final boss. I played on Normal difficulty, and it took me about an two hours to defeat her. The only problem I have with the game is her boss fight, because it just got really infuriating for me! She sends so many reinforcements, and I was constantly healing. And then came the point when she had about an eighth of her health left. I was so close to defeating her last wave of warriors, when all of a sudden, an enemy shot a flaming arrow at me. I burned to death, and guess what? I had to restart from my last checkpoint, which was the beginning of the fight. Absolute ridiculousness, Ubisoft. Eventually, I burned her to death, which was…very disturbing, to say the least.

Ull’s fight wasn’t as hard. All I had to do was catch him under some icicles and shoot them to maim him. This process repeated until he was at my mercy. He gave me his children and told me to take care of them, and then he died. I was kind of sad, but the scene wasn’t long and before I knew it, I was back with my tribe. Now that the Izila’s and Udam’s reigns of terror were over, the Wenja could live happily. As the Wenja rejoiced, I felt satisfied. It was truly a great experience, and I loved every moment of it. I’m going to give Far Cry Primal a 9.75/10.

Far Cry Primal is available on PS4, Xbox One, and PC.

DC Fandome was an awesome time for fans, particularly gamers who are fans of the superhero videogame genre. …

A recent announcement over on the official Funko Blog is good news for Disney fans! All-new Disney Princess …