‘For the Love of Spock’ Documentary

A true labor of love for director Adam Nimoy, the son of the late actor Leonard Nimoy. This film takes an up close and personal look at the life and career of actor Leonard Nimoy, and his iconic character Mr. Spock. It will include cast and crew interviews as well as interviews with people connected with Star Trek, and their fans.

Around Thanksgiving 2014, Adam Nimoy started working with his father on a documentary about Mr. Spock, to commemorate Star Trek: The Original Series’s 50th anniversary. After his father’s passing on February 27, 2015, an outpouring from Star Trek fans convinced Adam to broaden the scope of the film to encompass his father’s life and career beyond the iconic Mr. Spock. The film also reportedly documents the director’s own personal experience of being the son of a celebrity. The ups and the downs.

For the Love of Spock will be released in select theaters and on VOD September 9th, 2016. You can also pre-order the film on iTunes — http://apple.co/29RMhu7 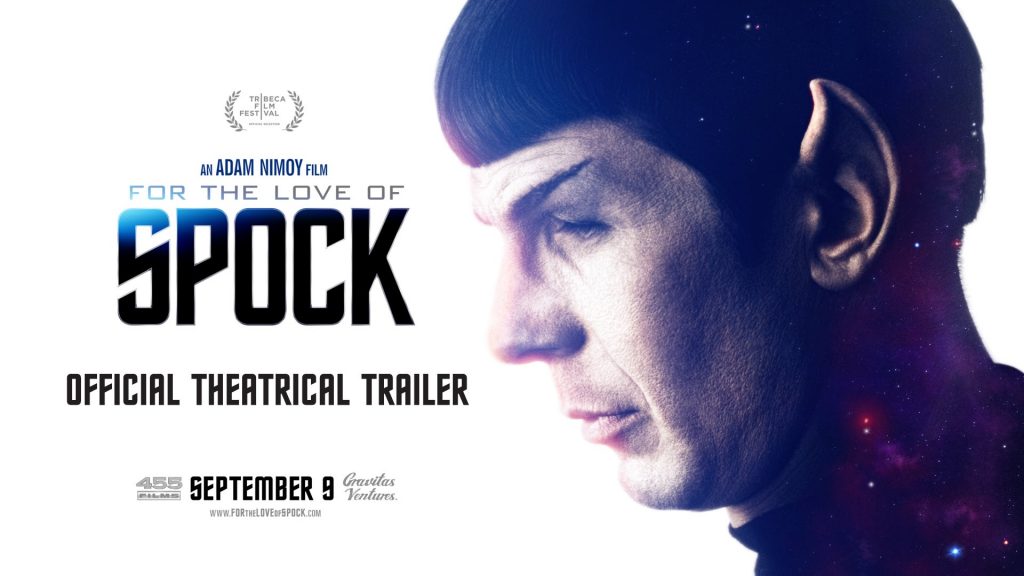 Batman and Superman are DC Comics’ best-known superheroes. And thanks to Zack Snyder, we finally have a film …