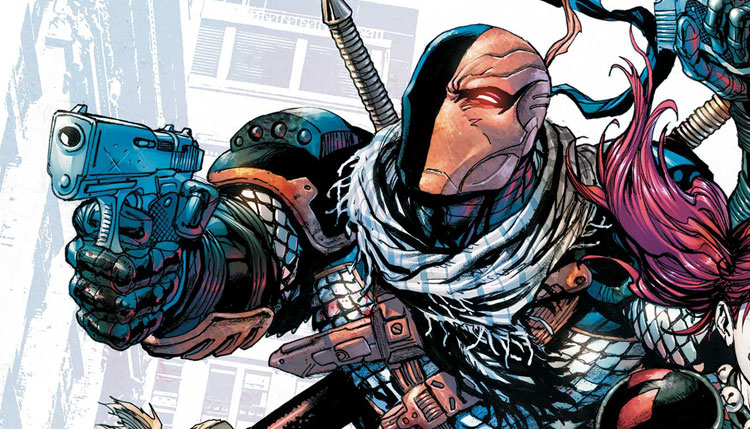 Ben Affleck took to Twitter this morning posting a cryptic video (below) of what appears to be test footage of one of the DC Universe’s most vile villains, Deathstroke. The question raised then, is Deathstroke going to appear in the upcoming Justice League movie which is currently in production, or is he going to appear in the proposed solo Batman film which is currently in development?

Ben is starring in the Justice League movie currently filming, as well as acting as executive producer on the film. He’ll be starring, executive producing, co-writing and directing the solo Batman film which as yet has no release date.

“I have a script,” Affleck said. “We’re still working on it and I’m not happy enough with it yet to actually go out there and make a Batman movie, which I would have the highest of standards I would say.”

Deathstroke (Slade Joseph Wilson) is a fictional character who appears in comic books published by DC Comics. The character was created by Marv Wolfman and George Perez. He is a mercenary and assassin who first appeared in The New Teen Titans (vol. 1) #2 (1980). Wizard magazine rated him the 24th greatest villain of all time. Also, in 2009, Deathstroke was ranked as IGN’s 32nd greatest comic book villain of all time.

Official Synopsis: What if a child from another world crash-landed on Earth, but instead of becoming a hero to …

Saving Dreamland will be one Hell of a ride… Launching last year, Disenchantment instantly whisked audiences away to …