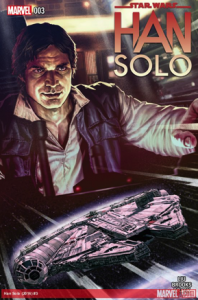 1. Han Solo #3 – This is a character that needs no introduction. During and after the promotion for Star Wars: The Force Awakens, Marvel launched a variety new Star Wars books and solo-character series; however, the most anticipated of the bunch has been fan favorite, Han Solo. Author Marjorie Liu has recently had success with her independent series Monstress, and now she brings her talent to the Star Wars Universe. In this book we find Han deep undercover and in the middle of the race of his dreams, the Dragon Void! This book will propel you into a fresh compelling Star Wars story; as well as, a fun continuation of the legacy that is Han Solo! 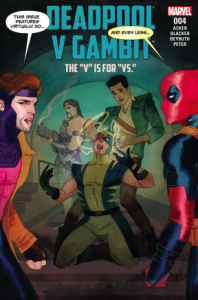 2. Deadpool V Gambit #4 – If the title alone isn’t enough for you, this book offers a fun and at times hilarious telling of Deadpool and Gambit’s attempts to team up and pull con-jobs. Deadpool has recently returned with a giant chimichanga sized platter of familiar faces including Hawkeye, Thanos, Cable, and Dracula to name a few. This series has been an expectedly entertaining ride so far and will surely satisfy your lust for Deadpool’s trolling and Gambit’s Cajun spice. 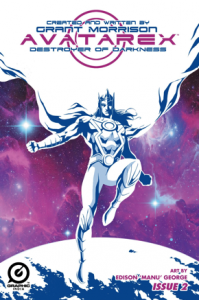 3. Avatarex: Destroyer of Darkness #2 – Grant Morrison is an absolute legend. It would be negligent not to give his independent work any notice. We know him from his recent work on Klaus and 18 Days; as well as, his profound influence on pretty much anything DC. Now we witness the creation of his brand new hero, AVATAREX! Like any other hero, AVATAREX has a mission; however, he must first learn how to live amongst the people of earth in order to complete his goal. This book explores different cultural roots outside of the typical American backdrop and is supported by some amazing art that succeeds in using vibrant color. 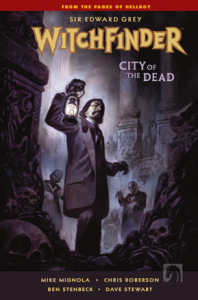 WitchFinder #1 – Mike Mignola (Hellboy) and Chris Roberson (iZombie) join forces to expand the Hellboy universe with this new 5-part mini-series. Set in the Victorian Era, Sir Edward Grey is assigned to investigate reports of flesh eating corpses causing a muck in the streets of London. This book is bound to be an exciting mystery driven story, full of scary creatures and an interesting historical undertone. 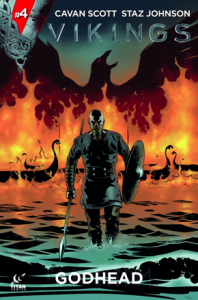 Vikings #4 – This series comes straight from the History Channels popular show Vikings. Cavan Scott (Doctor Who) tells a new tale of the Ragnar Lothbrok and his family. Packed full of raging Viking violence, politics, and betrayal, this book will not disappoint. Fans of the show, as well as BBC’s drama The Last Kingdom will enjoy this exciting spin off comic adaption.

Being hailed as “first” in any endeavor is not always to be, at least academically, held up as …