CAUTION: Spoilers for the game follow, along with some violent descriptions.

Doom, also known as Doom 4, is the highly anticipated reboot of the classic first-person-shooter franchise Doom. The first game was released in 1993 and has impacted hugely on the video game industry, being one of the earliest first-person-shooters of all time, and was even adapted into a 2005 film, starring Karl Urban and Dwayne “The Rock” Johnson. I’ll be referring to the new game as Doom 4, to avoid confusion.

Doom 4 is one of the smoothest video games I’ve ever played. The game runs at 60 frames per second on all consoles, and I never experienced a frame-rate drop throughout my playthrough. It’s also the goriest game I’ve ever seen or experienced. Coming from someone who’s played many M-Rated video games, that’s definitely saying something about Doom 4. I spent the majority of the game bludgeoning demons; tearing their limbs off one by one, smashing their heads, or ripping out their eyes, all using my bare hands. It gets pretty nasty. Overall I had a lot of fun with the game, but that doesn’t mean it didn’t have problems, and boy, does it have a lot of those. 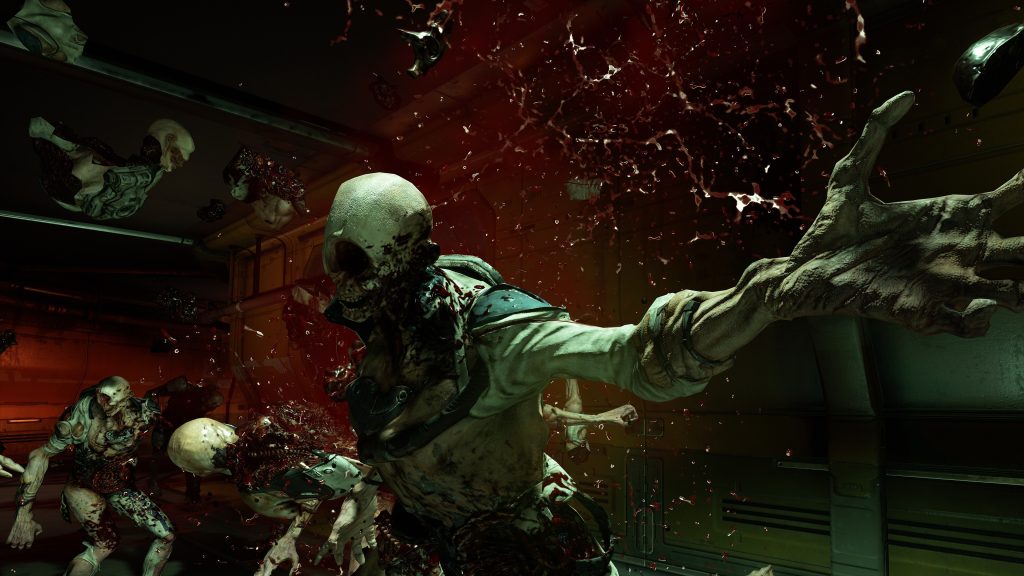 The game is published by Bethesda, so you can generally expect long loading times (remember Skyrim?). Unfortunately, the ones in Doom 4 are atrocious, taking at least 30 seconds to fully restart from the latest checkpoint after being killed. When loading a new mission, they take up to 2 minutes. That’s only one issue that plagued this game. Another is the story, which is unbearably bland. Basically, you wake up from a sarcophagus and find out that a facility on Mars (the one you woke up in) has been overrun by demons after a scientist named Olivia Pierce opened a portal to Hell. It’s a cool idea, but I just couldn’t get invested into the story at all after that. You aren’t interacting with NPCs, you aren’t exploring the world, it just got boring. And the “map” they let you use was hard to understand and I just had to rely on the compass at the top of the screen.

I also got extremely frustrated with the difficulty of the game. With all of the video games I play, my go-to mode is Normal, because it’s the default, and I usually don’t switch to Easy unless the game is infuriatingly hard. Well, Doom 4 is really difficult. I was on Mission 3 when I switched to Easy, but even then it was still pretty hard. And I’m talking Dark Souls hard. It got really annoying getting killed by demons over and over, and never has a game made me so angry since Flappy Bird. The missions are also very repetitive, and the platforming is very uneven.

Overall, Doom 4 is an okay reboot of a classic franchise. It’s really fun, but has a lot of problems. I’m going to give Doom 4 a 6/10.

The Nintendo Switch is finally here! Nintendo fans around the world are spending most of this weekend …