All Star Batman #2 – Scott Snyder is back with artist John Romita Jr. on a brand new Batman title. Readers were pleasantly surprised by the first issue and are excited to see where things go. Aside from the outstanding artwork, the storytelling and action sequences in this comic are great. We also see the return of beloved villain Two-Face! Batman must lead Two-Face out of Gotham while being hunted by anyone, assassin and civilian alike, with the goals of receiving a major payout and killing Batman! This is a must read for any Batman lover looking to delve into a fresh new title.

Doom Patrol #1 – Dive into the strange world of Doom Patrol! This DC classic has been followed-up by some possible movie buzz which launched a brand new interest in this team of super-powered outcasts. This comic reimagines the classic story and adds plenty of new elements. The recent success of Marvel’s Deadpool movie has shown that superhero titles can get a little weird and be great! And trust me, this new Doom Partrol series is bound to get a little weird. Strap in, and pick up this fun new take on one of DC’s classics! 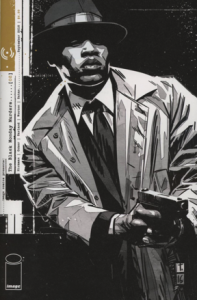 Black Monday Murders #2 – Image comics is at it again. Here is another unique new title that is making waves in the comic community. Jonathan Hickman (Secret Wars, Avengers) creates a secret dark fantasy world that is controlled by the all mighty power of money! Behind that scenes, creatures like vampires, hitmen, and others all fight to maintain the balance of the market. Don’t sleep on this exciting financially enlightening noir-thriller! 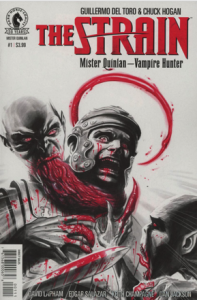 Strain Mr. Quinlan Vampire Hunter #1 – Dark Horse has always been one of my favorite comic book publishers, and for good reason. This new series combines two incredibly popular topics, Ancient Rome and vampires. Vampires duking it out in a Roman colosseum…what else is there to say? Be sure to check out this new series! 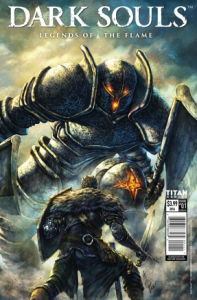 Dark Souls Legend of the Flame #1 – I always try and keep a look out for cool new video game series that come out of Titan Comics. I actually really enjoyed the previous Dark Souls mini series, so I am definitely going to give this one a try. Whether you are a fan of the game or not, this is a fantasy universe that anyone can enjoy. Be sure to pick up this action packed expansion off of the Dark Souls lore!

During the final panel on Friday, Marvel and Netflix released the first proper look at the upcoming Defenders in …