The 7th generation of gaming was amazing. We were given many great games, and a lot of popular series started in the 7th generation as well, such as Assassin’s Creed, Uncharted, and Gears Of War. The game series that stood out most to me was BioShock, developed by Irrational Games. The first game was released in 2007, and was praised by critics, winning Game Of The Year at the Spike Video Game Awards. Years later in 2010, a sequel, BioShock 2, was released, and was yet again given great reviews. In 2013, the final game, BioShock Infinite, was released, and to critical acclaim, but half of Irrational’s staff was laid off in 2014, so that a new studio could be formed, focusing on smaller games.

Near the middle of 2016, a remastered collection of the BioShock games was leaked, titled BioShock: The Collection, and the internet was buzzing. Soon after, it was confirmed, and the collection was released on Tuesday. Here are my short, 1-paragraph reviews of all three remastered games.

I love BioShock. After playing it for the first time, I instantly fell in love with the underwater city of Rapture. Beautiful, but also dark and creepy, BioShock immerses you in its world and story, and is simply one of the best games of the 7th generation, no doubt. In BioShock: The Collection, the game gets a significant graphical upgrade, as well as a doubled framerate (the original was 30fps, remastered it’s 60fps). The game has a creepy vibe to it, and that’s why I love it so much. You could be exploring the markets of Rapture, when a Splicer appears, screaming like a banshee and scaring the living daylights out of you. The game also has one of the greatest plot twists in gaming history, which I will not spoil for you all. Would you kindly get up and play BioShock? Original Grade: 10/10 – New Grade: 10/10

After the success of BioShock, a sequel was released three years later. While it isn’t as good as the original, it still has some qualities that are vastly better than its predecessor. For example, you get to play as a freakin’ Big Daddy instead of boring human protagonist who doesn’t speak at all, save for the game’s opening cutscene. You also get deeper insight into the Little Sisters that wander Rapture. With the graphical upgrade, playing as Subject Delta is so much smoother, and while The Collection sadly doesn’t include the multiplayer component like the last-gen versions did, it’s still a great game, and holds up very well. The Collection also grants you access to all previously released DLC, and since BioShock 2‘s add-on Minerva’s Den is one of the best expansions of all time, I was very happy with my purchase. Original Grade: 9/10 – New Grade: 9.75/10 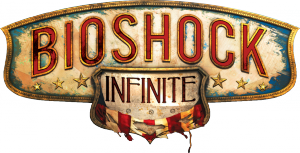 I consider the last game in the franchise, BioShock Infinite, the best of the three titles. Since its release in 2013, I’ve come to appreciate as my favorite video game of all time. The game takes place in Columbia, a city hidden in the clouds. I also think this is the most beautiful game of the franchise. Even though Rapture is still a wonder, Columbia is more bright, and the citizens aren’t trying to kill you (for the most part). Also, the game has way more compelling characters, especially Elizabeth, who is one of the greatest characters in gaming. Since the game was already stunning when it was first released, the graphical upgrade isn’t as big as it is for the other two games, but the doubled framerate is definitely a nice touch. Near the end, the game has a huge plot twist that is a bit hard to understand, but if you know the premise of Looper, it’ll make sense. The game’s add-on content is available after you start the main story, and since Burial At Sea is one of my favorite add-ons of all time, The Collection was one of the best purchases I’ve ever made. Clash In The Clouds is also a good add-on, but it’s definitely not as good as Burial At Sea. Original Grade: 10/10 – New Grade – 10/10.

From Fist Fighting superheroes to squared circle superstars, there are a lot of new collectible characters that can …