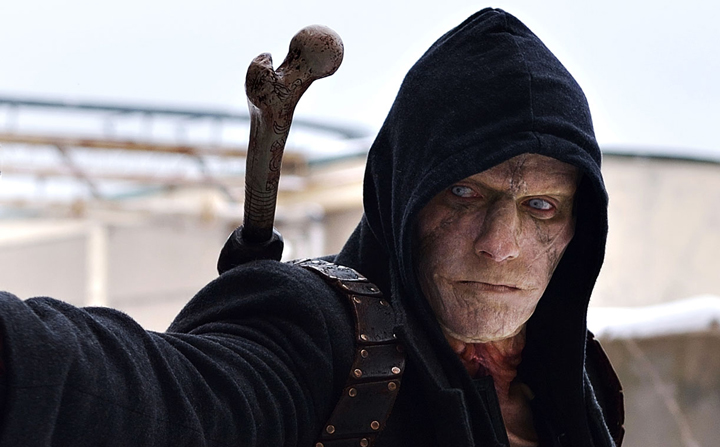 FX Networks The Strain will be coming to a close after the 4th season. The decision to end the series was made by the producers, according to a statement released on Tuesday by the presidents (Nick Grad and Eric Schrier) of original programming for FX Networks and FX Productions.

“We sincerely thank Carlton Cuse, Guillermo del Toro, Chuck Hogan and their creative team as well as the fantastic cast for three exciting seasons of ‘The Strain’ Though we’re sad to see it go, we fully support the way in which they are crafting the fourth season’s dramatic conclusion.” said Grad.

“It is a true joy to work at FX where creative intentions always comes first. Our original plan was for the series to last three years. Once we began telling that story it expanded to be more. After finishing the writing on season three, Guillermo, Chuck and I looked at our remaining story and felt the best version could be told in one more season. We have a fantastic plan for an exciting and climatic season four. We are deeply grateful to FX for supporting our vision and for allowing us to end the show on our own timetable.” said Cuse.

Based on the best-selling trilogy of the same title, written by Del Toro and Hogan, The Strain debuted in July 2014. In another statement from executive producer, director and writer Carlton Cuse,  “The Strain was meant to last only 3 seasons.”

Currently in progress, Season 3 airs Sunday nights at 10 p.m. The finale of Season 3 will air on Oct. 30th.

Official Synopsis: Hal (Timothée Chalamet), wayward prince and reluctant heir to the English throne, has turned his back …

Over the weekend, a host of new character posters for the upcoming second season of Stranger Things (twelve to …