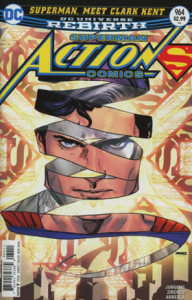 Action Comics #964 – Up until this point, the Action Comics storyline has been shrouded in mystery and I am not quite sure what to think. Many questions remain unanswered; for instance: Who is the new Superman? Why is there a man, separate from Superman, claiming to be Clark Kent? How is there another Doomsday? Who is the mysterious cloaked man? The questions just keep coming. This issue of Action Comics will hopefully provide us with some much needed answers. Pick up Action Comics #964 to learn more about these new, yet familiar faces! 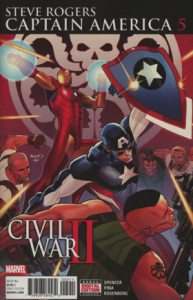 Steve Rogers Captain America #5 – This series had comic book readers in sheer outrage when they saw their shining knight, Steve Rogers, say “Hail Hydra” and proceed to push a man from a plane. If you really thought Marvel was going to turn one of the most beloved heroes of all time into a villain, you failed to see their plan. Ever since the first issue, this story has actually been really well done and won back a lot of the die hard Captain America fans. Now the story continues as it ties in with the Civil War II arc. Don’t miss out on this awesome series! 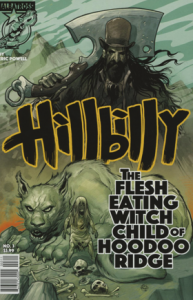 Hillbilly #3 – Eric Powell, creator of the beloved series The Goon, is back at it with another hit series. This is a new fantasy epic that takes themes from the backwoods of the south, giving the story is own unique flavor. Fans who slept on the first issue of this series are certainly regretting it because these books are flying off the shelves. Follow the protagonist Rondel as he encounters witches and other fantasy-like creatures that lurk in this erie country landscape. In this issue Rondel meets the flesh eating witch child of Hoodoo Ridge, pick it up today! 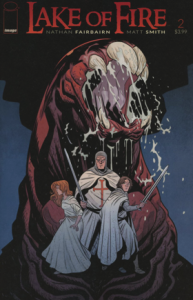 Lake of Fire #2 – I did not know what to expect out of the first issue, but was pleasantly surprised at how much I enjoyed this story. Great cinematic storytelling, horror and compelling action will make you eager to turn every page. The time is set during the Crusades. A young band of loyal crusaders are ready to set off to purge the world of infidels when the unimaginable happens. Aliens land on earth. The bug-like aliens begin feeding on villagers and the crusaders find themselves stuck right in the middle of it all. How will this band of knights and men combat the alien threat? Find out in Lake of Fire #2! 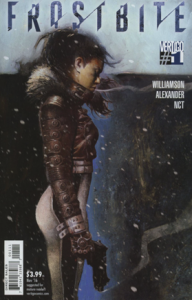 Frostbite #1 – Comic book heavyweights DC and Vertigo team up to launch this new science-fiction miniseries. From the creative mind of writer Jason Shawn Alexander (Empty Zone; BATMAN: ARKHAM CITY), comes a story about people trying to survive in the world’s second ice age. Common post-apocalyptic themes such as wild gangs, power struggles, raw fights for survival are sure to surface in this story. When a father and daughter think that they have cured the disease called “frostbite”, they’ll need help in order to save humanity from destruction. This seems like the classic “zombie cure/impossible journey” type story; which in all honesty, has been pretty worn out. I hope there will be some unique twists and turns that separate this story from the rest. Be sure to pick up Frostbite #1!

PORTLAND, OR 03/11/2019 — Image Comics is pleased to announce that the popular webcomic, Ophiuchus by Alexis Leriger de la Plante …