This week, our friends at Funko announced plans to release new Pop! figures based on The Animaniacs and Pinky and the Brain. Unless you lived under a rock in the early 90’s, chances are you’re familiar with these two immensely popular animated series that were a household mainstay for anyone under the age of 99. The Warner siblings, Yakko, Wakko, and Dot, were three cartoon stars from the 1930s that were locked away in the Warner Bros. water tower until the 1990s, when they escaped. 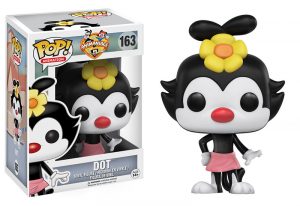 Pinky and Brain were genetically enhanced laboratory mice who resided in a cage in the Acme Labs research facility.  Each night the two would scheme to take over the world.

All figures are due in November — NARF!

Coming this summer are four new Funko Pop! figures from the 2016 movie Rogue One: A Star Wars Story. …

Welcome to the 2U Showcase! This is where we’ll regularly share cool collectibles & pop culture paraphernalia …