‘The Walking Dead’ Renewed for Season 8; LIVE TWEET Every Sunday During the Show

AMC announced that The Walking Dead has been renewed for an 8th season even before Season 7 has begun.

A tweet by AMC sealed the deal. Season 8 will debut late 2017 with the show’s 100th episode according to EW. Showrunner Scott Gimple will be returning as well.

“Eeny, meeny, miny, more,” AMC president Charlie Collier said in a statement, referencing the familiar Negan phrase. “What a joy to partner with Robert Kirkman, Scott Gimple, and some of the hardest-working people in television to bring The Walking Dead to the fans. And, most important, thanks to those fans for breathing life into this remarkable series right along with us.”

The Walking Dead Season 6 ended with a shocking spine chiller, in which Negan gestures to end the life of one of the show’s main characters. Reported by Variety during The Walking Dead panel at this summer’s San Diego Comic-Con, star Andrew Lincoln confirmed that viewers would discover which character has been killed during the premiere episode. “It’s a really s****y start to the season [for the characters],” Lincoln said.

During a recent interview with EW,  Jeffrey Dean Morgan who plays the villainous Negan admitted that he didn’t know who his victim was while shooting those scenes. “They did not tell me,” says Morgan. “I don’t know that anybody knew on that particular evening, and if they did, no one has copped to me. But I certainly didn’t know.”

The series returns for its 7th season this Sunday night, October 23rd . Follow @wearesecondu every Sunday night for a Live Tweet during the eastern standard time airings. 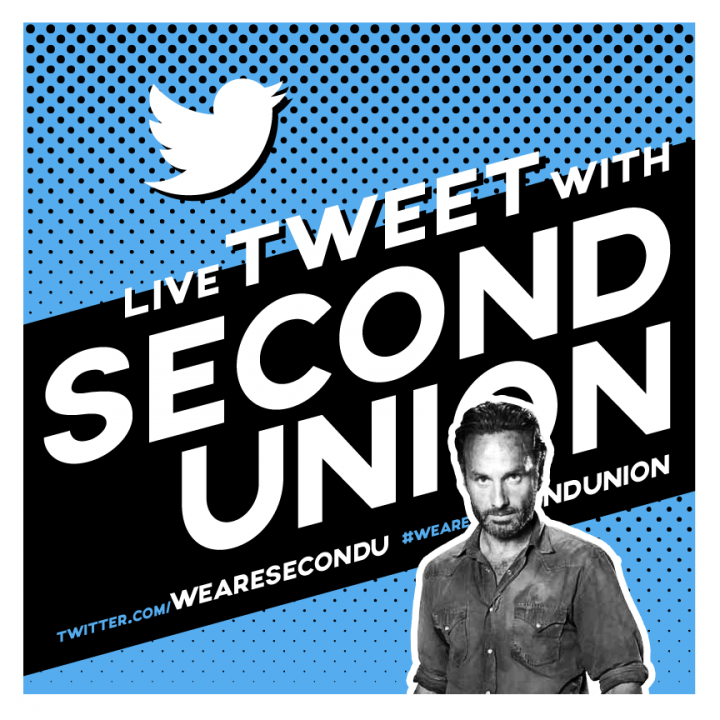