Book Review: The Art Of The Iron Giant 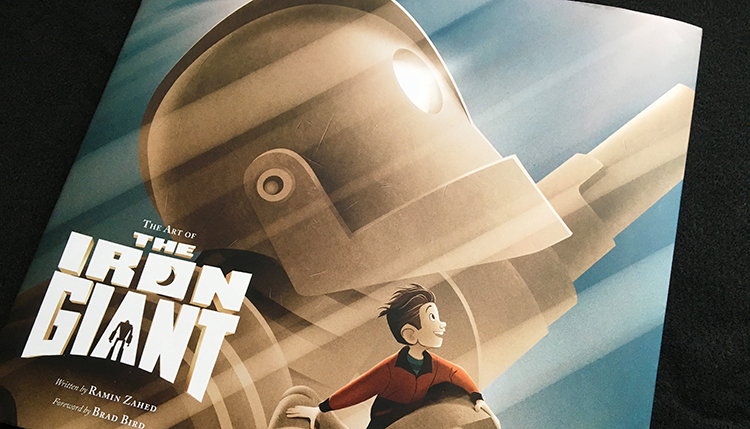 Before you read any further, please know, I can be a “run on sentencer.” I write quite literally how I speak, so I’ll apologize in advance if this is annoying. In 1999, I’d seen the film The Iron Giant. I bawled. I was red-faced and hyperventilating, and my eyes felt like they were stuck with a thousand pins. This was before I’d even had children. But seeing this giant robot gain self-awareness after having a small human in his life, and realizing it doesn’t want to be the weapon for which it was designed, sacrifice itself to save the City of Rockwell, Maine by intercepting a nuclear missile (meant for itself) because it’s what Superman would do and for that moment it was Superman, who wouldn’t be touched by that? I get misty even thinking about it. 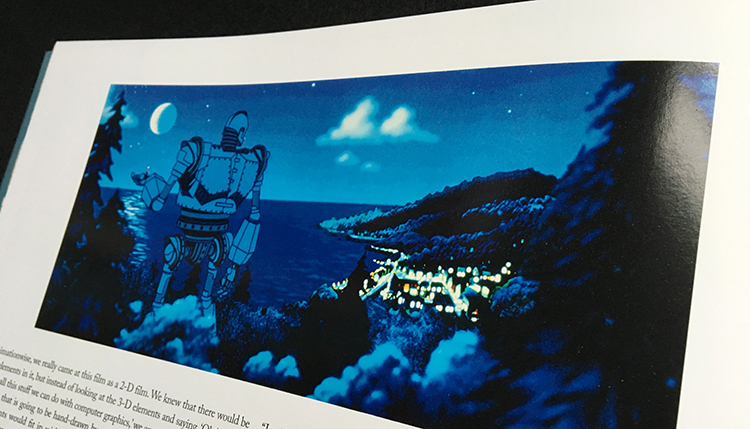 After Brad Bird had helped bring Iron Giant to the big screen (Pete Townshend had actually intended to turn the Ted Hugh’s story of The Iron Man, on which The Iron Giant was based, into a rock opera) he went on to make The Incredibles and Ratatouille. The release of more animated films also sparked a desire among many creatives to learn more about the process of animation. Sketches, story, settings, and 3D modeling were really attractive to illustrators and animators, as well as interviews with the creators about their processes. “Art Of” books were born out of that collective interest. I acquired both books to the movies mentioned above, as well as many others. Not long after this a lot of illustrators started posting to social media and many of us were able to use it as sort of a giant water cooler. We bounced ideas and talked about our process, favorite books, films, exhibits in our cities. Having so much in common, it was inevitable that we would start thinking out loud: “when will there be an Art of The Iron Giant book?” Surely there was enough art and craft to fill one. 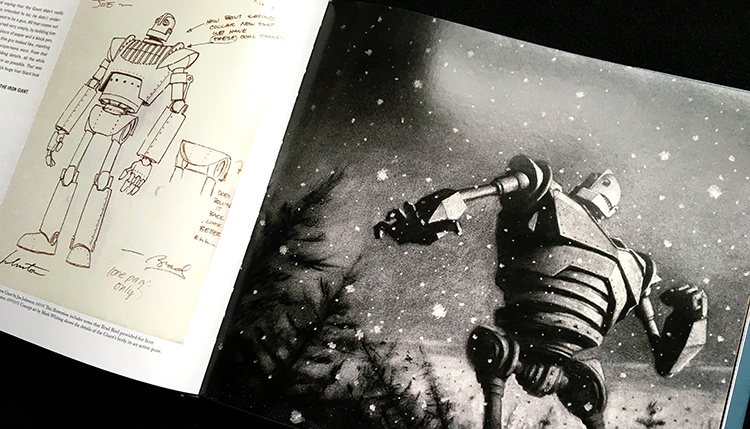 And at long last, it’s real! I’d received my copy in September, and I actually felt that burning nostalgia, kind of like when you look at photos of your teenager when they were toddlers, when you were experiencing something for the first time. If you’re a fan of Brad Bird’s films, this book has to be in your personal library. It’s gorgeous! A hardcover, the stock is heavy and deliberate, perfect for a book about a movie about a robot about to save a town from a catastrophe. 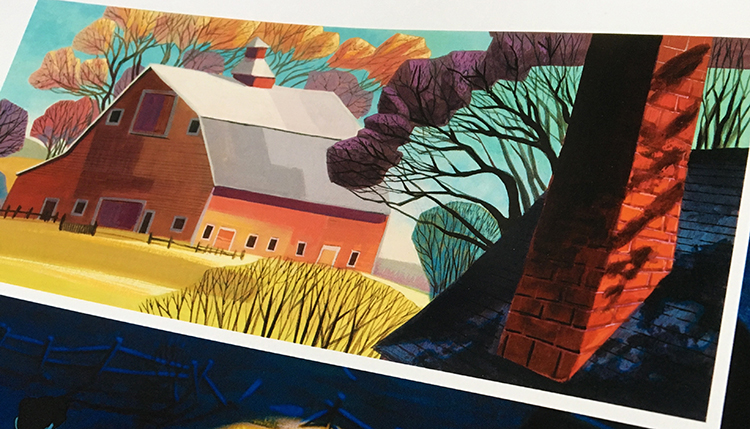 There are seemingly endless pages of initial concepts, character studies and color stories, storyboards, environments, and the process of all these creatives, choreographing their art and story into a beautiful film. 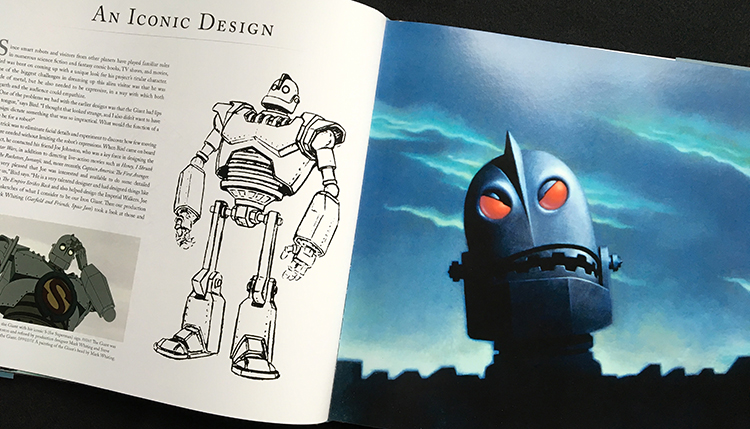 What I really enjoyed were the comparisons between sketches before and after Brad Bird signed on to do the film. Many of the before concepts were comical and sweet, and resembled kooky “wacky adventures of” type characters. After, you can see a more sophisticated and serious atmosphere taking shape in the characters and the environments. This made more sense, because the story now had McCarthy-esque anxiety underneath the vintage, small town innocence from the late 1950’s instead of the original “monster vs. monster” vibe of Hugh’s original story. 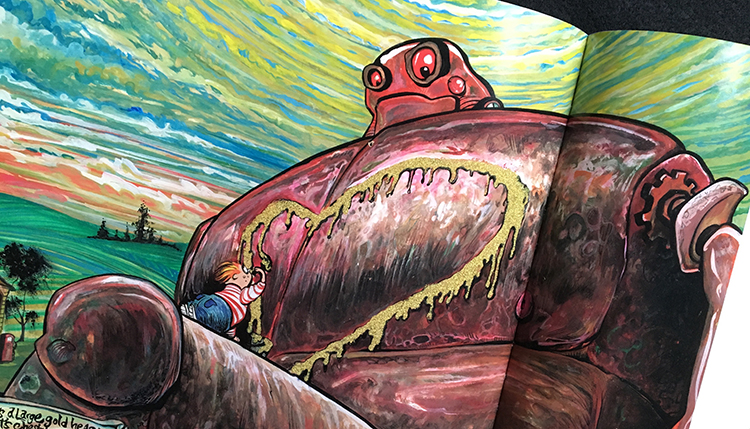 I didn’t want to add too many photos as they would be spoilers, and if any of you are like me, you like to experience some things just by yourself, quietly, and not share, at least, not right away. If you’re an admirer of these “Art Of” books, I think you’ll want to add this one to your collection.  a : )

I live in a Chicagoish place...I thought Svengali was a real person…I mix up Attila the Hun and Ghengis Khan...I like monster movies & popcorn…Fluent in idioms...A Mrs. and maker of food, threads, plants and people...I draw for a living…Really.

Official Synopsis: As a collection of history’s worst tyrants and criminal masterminds gather to plot a war to …

Official Synopsis: Life has become a balancing act for Adonis Creed. Between personal obligations and training for his next …