Marvel has released the cover art and release date for the Blu-Ray and DVD copies of Marvel’s Doctor Strange! The film’s DVD, Blu-Ray, and Blu-Ray 3D disc editions will be released at the end of next month, on February 28th. The Digital HD copy will be released on the 14th. Unlike the other Marvel Blu-Ray releases, the film’s 3D edition will not be labeled “Collector’s Edition”. It will be instead titled the “Cinematic Universe Edition”. There will also be two Best Buy exclusive steelbook releases of the Blu-Ray version, one Blu-Ray 3D steelbook and one Blu-Ray steelbook. 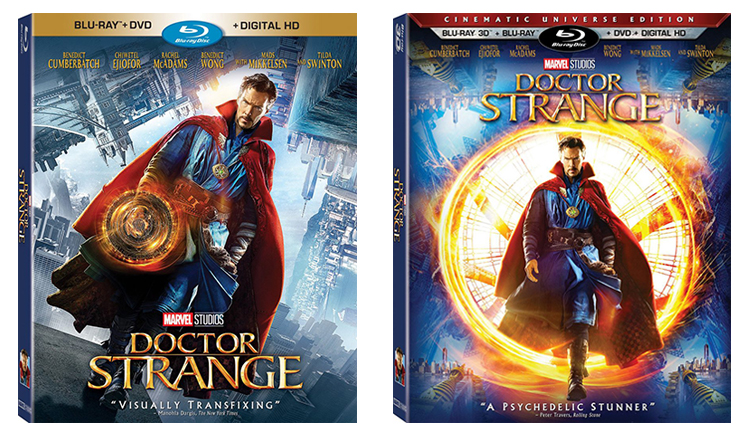 Why are horror movies suddenly saving the summer? Last year, Lights Out, The Conjuring 2, and The Shallows proved to be …