The Movies We’re Most Looking Forward to in 2017

Here at Second Union, we LOVE movies! And we know you do too! There are a LOT of great movies to look forward to in 2017,  and we’ve compiled a definitive list. Our top 21 movies of 2017! We’ve listed them in chronological order, and with trailers when available. We hope you enjoy!

The LEGO Batman Movie — February 10
In the irreverent spirit of fun that made “The LEGO® Movie” a worldwide phenomenon, the self-described leading man of that ensemble – LEGO Batman – stars in his own big-screen adventure. But there are big changes brewing in Gotham, and if he wants to save the city from The Joker’s hostile takeover, Batman may have to drop the lone vigilante thing, try to work with others and maybe, just maybe, learn to lighten up. Starring Will Arnett, Zach Galifianakis, Michael Cera, Rosario Dawson, and Ralph Fiennes.

John Wick: Chapter 2 — February 10
In this next chapter following the 2014 hit, legendary hitman John Wick [Keanu Reeves] is forced back out of retirement by a former associate plotting to seize control of a shadowy international assassins’ guild. Bound by a blood oath to help him, John travels to Rome where he squares off against some of the world’s deadliest killers. Starring Keanu Reeves, Common, Riccardo Scamarcio, Laurence Fishburne, Ruby Rose, Bridget Moynahan, Lance Reddick, Franco Nero, with John Leguizamo, and Ian McShane.

Logan — March 3
In 2024, mutant births are severely in decline, and people aren’t sure why. A government-type operation is turning mutant children into killing machines. From this, Logan emerges as a mentor to a mutant girl, who has two claws instead of his three. Starring Hugh Jackman, Patrick Stewart, Richard E. Grant, Boyd Holbrook, Stephen Merchant, and Dafne Keen.

Life — March 24
Life tells the story of the six-member crew of the International Space Station that is on the cutting edge of one of the most important discoveries in human history: the first evidence of extraterrestrial life on Mars. As the crew begins to conduct research, their methods end up having unintended consequences and the life form proves more intelligent than anyone ever expected. Starring Jake Gyllenhaal, Rebecca Ferguson, Olga Dihovichnaya, Ariyon Bakare, Hiroyuki Sanada, and Ryan Reynolds.

Ghost in the Shell — March 31
Based on the internationally-acclaimed sci-fi property, “GHOST IN THE SHELL” follows Major, a special ops, one-of-a-kind human-cyborg hybrid, who leads the elite task force Section 9. Devoted to stopping the most dangerous criminals and extremists, Section 9 is faced with an enemy whose singular goal is to wipe out Hanka Robotic’s advancements in cyber technology. Starring Scarlett Johansson, Pilou Asbaek, Takeshi Kitano, Juliette Binoche, and Michael Pitt.

The Fate of the Furious — April 14
Now that Dom and Letty are on their honeymoon and Brian and Mia have retired from the game—and the rest of the crew has been exonerated—the globetrotting team has found a semblance of a normal life. But when a mysterious woman (Oscar® winner Charlize Theron) seduces Dom into the world of crime he can’t seem to escape and a betrayal of those closest to him, they will face trials that will test them as never before. Starring Vin Diesel, Dwayne Johnson, Jason Statham, Charlize Theron, Michelle Rodriguez, Tyrese Gibson, Chris “Ludacris” Bridges, Nathalie Emmanuel, Elsa Pataky, Kurt Russell, Scott Eastwood and Helen Mirren.

Guardians of the Galaxy Vol. 2 — May 5
Set to the backdrop of ‘Awesome Mixtape #2,’ Marvel’s Guardians of the Galaxy Vol. 2 continues the team’s adventures as they traverse the outer reaches of the cosmos. The Guardians must fight to keep their newfound family together as they unravel the mysteries of Peter Quill’s true parentage. Old foes become new allies and fan-favorite characters from the classic comics will come to our heroes’ aid as the Marvel cinematic universe continues to expand. Starring Chris Pratt, Zoe Saldana, Dave Bautista, Vin Diesel, Bradley Cooper, Michael Rooker, Karen Gillan, Sean Gunn, Glenn Close, Pom Klementieff, Elizabeth Debicki, Chris Sullivan, and Kurt Russell.

Alien: Covenant — May 19
Ridley Scott returns to the universe he created, with ALIEN: COVENANT, a new chapter in his groundbreaking ALIEN franchise. The crew of the colony ship Covenant, bound for a remote planet on the far side of the galaxy, discovers what they think is an uncharted paradise, but is actually a dark, dangerous world. When they uncover a threat beyond their imagination, they must attempt a harrowing escape. Starring Michael Fassbender, Noomi Rapace, Guy Pearce, James Franco, Katherine Waterston, Billy Crudup, Danny McBride, Demián Bichir, Carmen Ejogo, Amy Seimetz, Jussie Smollett, Callie Hernandez, Nathaniel Dean, Alexander England, and Benjamin Rigby.

The Mummy — June 9
An ancient princess is awakened from her crypt beneath the desert, bringing with her malevolence grown over millennia, and terrors that defy human comprehension. Starring Sofia Boutella, Tom Cruise, Annabelle Wallis, Russell Crowe, Jake Johnson, Javier Botet, Chasty Ballesteros, and Courtney B. Vance.

War for the Planet of the Apes — July 14
In War for the Planet of the Apes, the third chapter of the critically acclaimed blockbuster franchise, Caesar and his apes are forced into a deadly conflict with an army of humans led by a ruthless Colonel. After the apes suffer unimaginable losses, Caesar wrestles with his darker instincts and begins his own mythic quest to avenge his kind. As the journey finally brings them face to face, Caesar and the Colonel are pitted against each other in an epic battle that will determine the fate of both their species and the future of the planet. Starring Andy Serkis, Woody Harrelson, Steve Zahn, Karin Konoval, Amiah Miller, and Terry Notary.

Valerian and the City of a Thousand Planets — July 21
Valerian (Dane DeHaan) and Laureline (Cara Delevingne) are special operatives for the government of the human territories charged with maintaining order throughout the universe. Under directive from their Commander (Clive Owen), Valerian and Laureline embark on a mission to the breathtaking intergalactic city of Alpha, an ever-expanding metropolis comprised of thousands of different species from all four corners of the universe. Alpha’s seventeen million inhabitants have converged over time- uniting their talents, technology and resources for the betterment of all. Unfortunately, not everyone on Alpha shares in these same objectives; in fact, unseen forces are at work, placing our race in great danger. Starring Dane DeHaan, Cara Delevingne, Clive Owen, Rihanna, Ethan Hawke, John Goodman, Herbie Hancock, and Kris Wu. 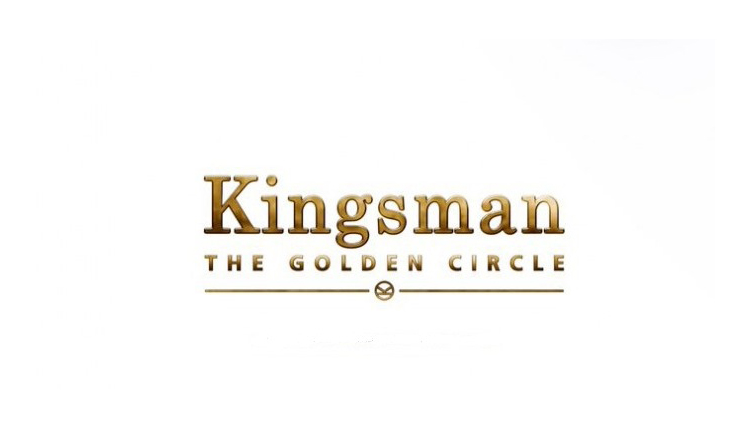 Kingsman: The Golden Circle — October 6
When an attack on the Kingsman headquarters takes place and a new villain rises, Eggsy and Merlin are forced to work together with the American agency Statesman to save the world. Starring Taron Egerton, Colin Firth, Channing Tatum, Jeff Bridges, Pedro Pascal, Julianne Moore, Halle Berry, Mark Strong, and Vinnie Jones. 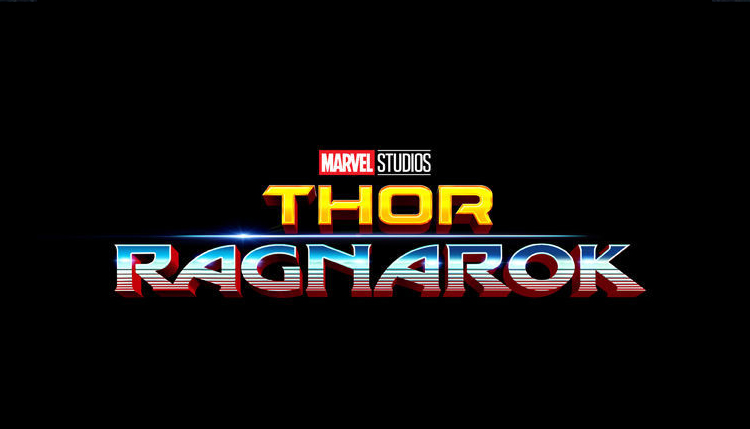 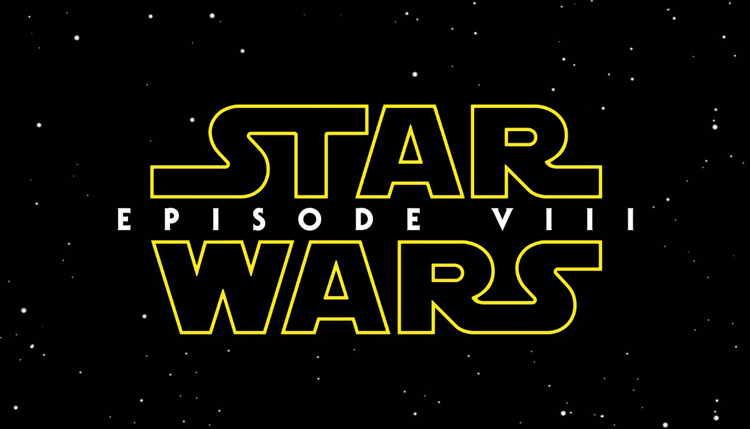 Hello everyone, and welcome to my section of anime reviews. I’m a huge fan of anime and manga, and …

The final battle is upon us. Watch the new trailer for Transformers The Last Knight now! Official Synopsis: …