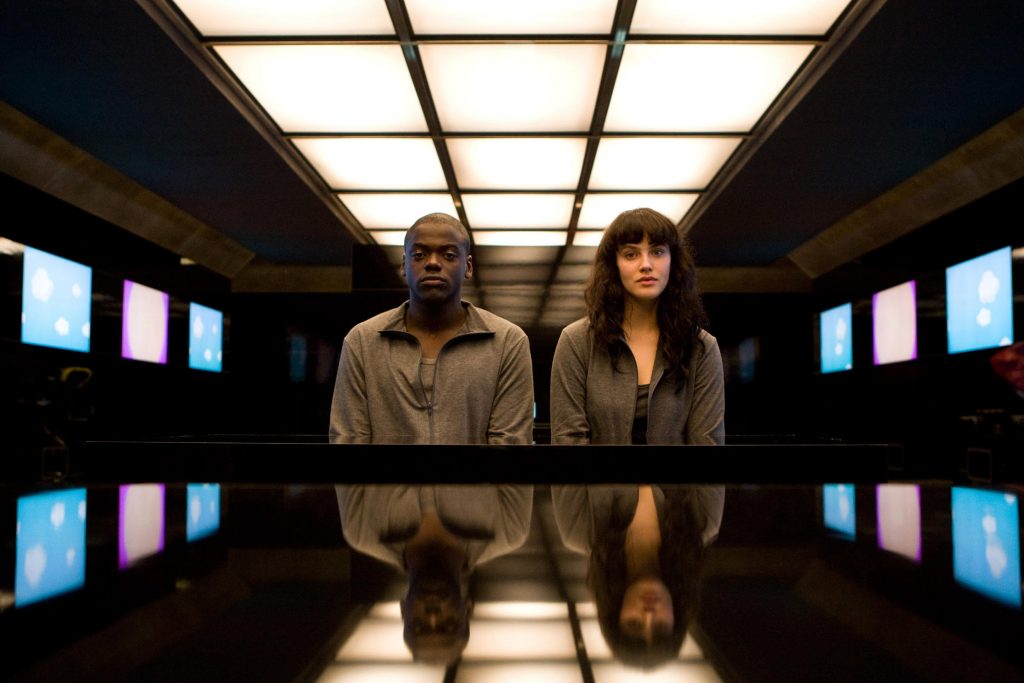 Never heard of the television series Black Mirror? You should. Many reviewers are quick to praise this bold new television anthology as a modern-day Twilight Zone but the series is more like a modern-day Outer Limits. Each episode contains a completely different story, with a different cast, centered around dark and satirical themes that examine modern society, particularly with regard to the unanticipated consequences of new technologies. As executive producer, Charlie Brooker best describes it, “They’re all about the way we live now – and the way we might be living in 10 minutes’ time if we’re clumsy.”

In the episode “Nosedive,” friends and strangers can rate one’s social interactions from one to five stars, using their smartphones. The overall approval rating affects social standing, which in turn dictates rent costs and promotions at work. Anything below four stars would not qualify for an apartment in a safe environment such as a residential suburb. When a young socialite attempts to be someone she is not, in an effort to raise her star status, she finds herself rebelling against the consequences established and approved by a society that chooses to judge everyone. (Which ponders the question of how close are we to this dystopian universe? When you apply for a job today, does your potential employer not review your Facebook account to verify good standing?)

In the episode “Men Against Fire,” a U.S. Army militant named Stripe accepts a neural implant that helps him identify and sweep out “roaches” — people who are contaminated and have physically become mutants. When an experimental device sends a shockwave through his brain, during a routine mission, he quickly discovers that the “roaches” he and his men have been hunting down are ordinary people. The U.S. Government, in an effort to purge the world of people with genetic differentiation (higher rates of cancer, muscular dystrophy, etc.), brainwashed their soldiers into believing otherwise. Or was the shockwave device manipulating him to into believing “roaches” don’t exist when, in fact, they do? But the episode explores something deeper in the end: who specifically has this power of choice?

The basic principal of Black Mirror is that today’s technology is a drug and Black Mirror explores the side effects. The difference between delight and discomfort are exemplified in each episode. The episode “Play Test” explores what is real and what is artificially generated when a young man volunteers for an experimental video game that combines the latest in virtual reality. Would suspension of disbelief no longer exist in a world that is too realistic? “Play Test” offers a horrifying look into the future that may become a concern for those hoping to escape into a fantasy world. 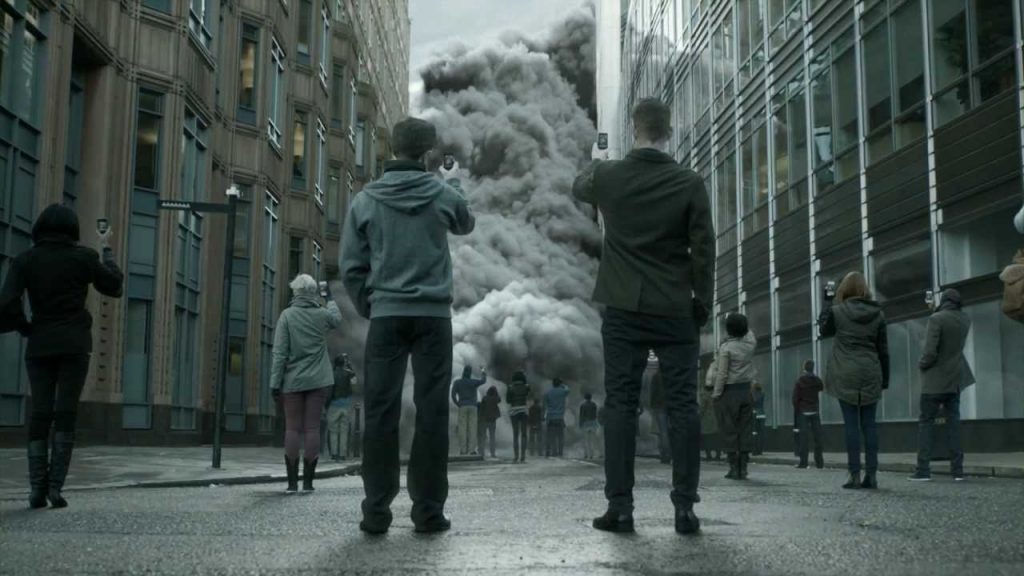 Three episodes were initially produced in early 2011 and telecast in late 2011 over Channel 4 in England. Having received high ratings and rave reviews from critics, Black Mirror went into production for an additional three episodes, produced in late 2012 for a second season, followed by an extra-length Christmas special telecast in December 2014. Soon after, Netflix picked up the series with six additional episodes for a third season. All 13 episodes are now available for streaming on Netflix.

Of the seven episodes telecast over Channel 4, the Christmas episode with Jon Hamm in a guest role was the most delightful and rewarding. The six additional episodes produced by Netflix rose the bar and whether the producers had more story proposals to choose from remains unknown. Netflix executives may have had involvement with story selection this time around. The best of the series are the six produced exclusively for Netflix.

My personal favorite is “San Junipero,” concerning two female time travelers who meet up in the California-like San Junipero, in 1987. The vibrant nightlife of the locale adds to the attraction and mystery regarding who exactly these women are, where they come from and how they manage to travel through time. Listen carefully as they make verbal references that are almost oblivious but remain unexplained until the final moments. There is a kink in their armor and their existence is threatened not by technology — but by Mother Nature. The resolution not only exemplifies the best of human nature but is also storytelling at its best. This episode deserves a Hugo Award.

Because no one has to watch the episodes chronologically, my personal recommendation is to start with the third season, then start at the beginning with the first season, concluding with the second season finale/Christmas special.

Black Mirror may not be generating the “buzz” like Stranger Things and Daredevil, but the program now has a loyal fanbase and has attracted the attention of the Hollywood elite. Bryce Dallas Howard stars in the episode “Nosedive.” Hayley Atwell plays the lead in an episode where a woman revives her dead boyfriend by using his social media history to rebuild his personality inside a synthetic clone. Robert Downey Jr. optioned the episode, “The Entire History of You,” for a potential big screen movie adaptation. Jodie Foster is presently directing Rosemarie Dewitt for a fourth season episode, set to debut later this calendar year.

It has been reported that Netflix is taking a financial loss every year with their streaming programs, no doubt as a result of the expensive production costs of original programming.  It seems the $9.99 monthly subscription for unlimited streaming is not cost effective. But to remain competitive in a growing landscape of streaming services, Netflix cannot afford to raise their subscription price. With such delights as Daredevil, Stranger Things and Black Mirror, programs the are more enjoyable than what the major networks provide, streaming subscribers like myself have a difficult time finding an excuse to unsubscribe.

Official Synopsis: Joe Gardner is a middle-school band teacher who gets the chance of a lifetime to play at the …

Official Synopsis: When there is an assassination attempt on U.S. President Allan Trumbull (Morgan Freeman), his trusted confidant, …