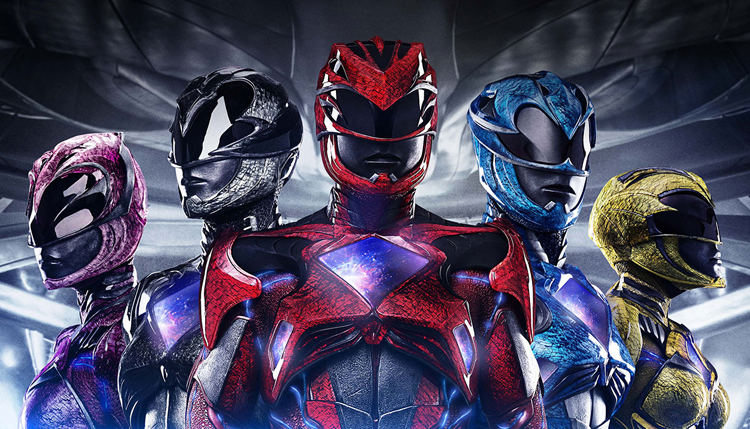 Since May 2014 fans such as myself have been foaming at the mouth over the prospect of a new and rebooted “Mighty Morphin Power Rangers” movie. After 1 or 2 push-backs we have finally reached the end of the road and are able to bear witness to a franchise many people of my generation have not stopped talking about for over 20 years.

Before I get started I just want to point out that all reviews (opinions) of mine will be slightly different in their format. They will consist of 3 rounds discussing elements I think are explicitly necessary to a movie’s success – I may be wrong but that’s what the internet’s for right? These rounds include:

At the end of each round, they will be scored out of 10, resulting in an overall percentage accumulated throughout. So, now that we’re clear, let’s get cracking.

Power Rangers tells the story of 5 misfit teenage souls struggling to find their place in the “quiet fishing hamlet of Angel Grove”. Jason, Zack, Kimberley, Trini, and Billy find themselves together at a local quarry when fate directs them towards what is seemingly their birthright: The Power Coins. 5 coins capable of providing unparalleled power to those they are bestowed to.

It’s from here on that the movies really begins to find its focus. The initial Breakfast Club introduction does well enough to introduce us to the characters, however, it did at times, feel a little forced. I’m not saying it was uninteresting, it just didn’t feel natural to where the film was heading.

As previously mentioned, once the Rangers discover their responsibilities as protectors of the Zeo crystal, the true mood of the film begins to show itself. With grueling training montages, touching character interactions and a final battle that satisfied my inner 6-year-old to no end, “Power Rangers” managed to do something I could not have predicted: meet my expectations. I expected this to be a character-heavy “Batman Begins” type film that only has real action fun in the final 20 or so minutes. And boy do we get it!

The final 20 minutes stood out so much for me because it’s the first time in cinema that the original Zords have been shown in such a way. There are a couple of throwaway lines that we’ve come to expect in movies such as this, fans do need serving in some way or another, nonetheless, with enjoyable action and a fairly tight story at its core, it’s difficult not to be pleased

Power Rangers has always been a product to heavily highlight the multi-cultural nature of the USA. There have not been many (if any but I’m not 100%) cultures neglected over the course of the last 800 or so episodes of the original saga. This reboot joyfully continues that trend. We have a cast of Caucasian, Indian, Hispanic, Asian and African-American, to name a few, that prove how culturally diverse this world is.

I’m glad Director Dean Israelite decided to move away from the mildly controversial decision of casting the Black Ranger as Black and the Yellow Ranger as Asian, I can understand why some fans were upset but it’s a reboot for heaven’s sake!! Spider-Man doesn’t live with Aunt May in an apartment building in the animated series, but you seem fine with it now!?

Anyway, each character is given ample time to ably flesh out their backstories without sounding too much like a person reading from a bullet-pointed list. There were the odd moments where I had to question the overall chemistry between the group, however overall I think the casting of the main 5 was simply sublime. Not one person seemed to be dragged along with the others, instead, all managed to bring an individual strength to what could have been a fairly lackluster ensemble.

Before I finish this round I must give credit to Bryan Cranston, Bill Hader, and Elizabeth Banks, whom I thought were given the mucky end of the stick in this film. I understand that the movie’s primary goal was to elevate the personas of the Rangers, however, more time could’ve been spent exploring the finer details of Zordon, Alpha 5 and the villainous Rita Repulsa respectively – much like in this post I must add.

Right, once you’ve gotten through the opening act, Power Rangers is a rip-roaringly fun film to watch. The opening 20/30 minutes are brooding and somber without really giving us anything meaty to sink our teeth into. Trust me when I say it is worth it. When the training begins and the characters begin to develop, the film quickly becomes a far more fascinating one to behold.

Instantly we are introduced to the stakes these heroes must face and what must be done in order to achieve it. I won’t give too much away here, but it doesn’t take a Doctorate in Quantum Mechanics to know that movies like this don’t ever end on a sad note. Furthermore, unlike films like X-Men: Apocalypse, the McGuffin of Power Rangers was not a One-and-Done special. It remains prominently within the Universe quietly awaiting the next villain to arrive in their labored attempt to claim it.

I’ll admit that my views on this are slightly biased, I’ve grown up watching Power Rangers and have enjoyed for as long as I can remember. With that in mind I made a conscious effort to leave the screening of this with one thought: Will I want to watch it again? And the answer is a clear Yes! Certain films such as Rogue One and The Force Awakens satisfied me enough to wait until it’s release on Blu-Ray, Power Rangers has intrigued me so much that I feel a second viewing will only add to the levels of enjoyment I felt the first time round. It’s not a film for hardcore aficionados, and it’s not a film for the newcomer. It is a film made to both celebrate and inaugurate fans of such a timeless children’s show.