Over the past several months, I’ve had an opportunity to spend some time getting to know the creative dynamo behind the online retail business Shop LLAP, Dani Schwartz. Dani is a charming young woman who not only happens to be a savvy businessperson and entrepreneur but also has the rather unique honor of being related to sci-fi royalty. Dani’s grandfather was the late actor Leonard Nimoy, who was probably best known for his iconic portrayal of Mr. Spock in the Star Trek franchise. (A character he portrayed in television and film from a pilot episode shot in late 1964 to his final film performance in Star Trek Into Darkness, released in 2013.)

Recently, I spoke with Dani and asked her if she wouldn’t mind telling us a little bit more about the business of Shop LLAP, and the relationship she had with her famous grandfather. 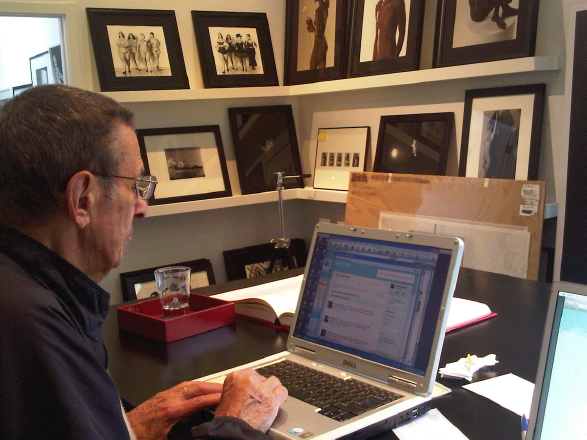 l us a little bit about the Shop LLAP origin story. How did the shop come to be?

“Before ‘Shop LLAP’, my grandfather and I opened a shop on Etsy in 2010 called “Secret Selves”, which was the title of his photography series that year. We created awesome shirts using his photographs from the series and he wanted to make them available for everyone.

His followers absolutely loved it! We started selling “LLAP” shirts and, in 2012, we opened Shop LLAP.” 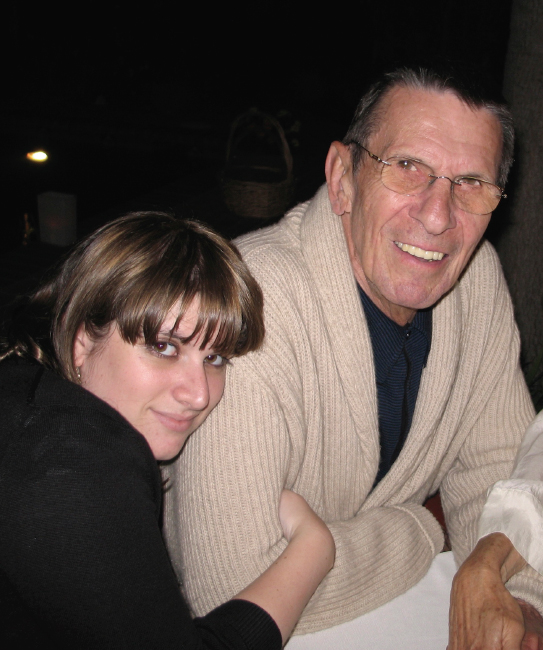 “My grandfather and I were always close. He was not only my grandfather, my ‘Poppi’, but also someone who I could trust and go to for advice. Ever since I can remember, he and my step-grandmother Susan would take me on monthly trips to museums, plays, and movies. The three of us had a lot in common.”

In what ways did he influence your life?

“One of the most important things he taught me was to never let the fact that you don’t know how to do something stop you from trying. Soak up whatever information you can from everyone and everything around you and pass down that knowledge throughout your life.

He also made me appreciate the simple things in life and to not take every little thing so seriously.”

How involved was your grandfather with the shop?

“My grandfather and I were both busy (he was traveling part-time and still working a little bit and I had a full-time job) but we called or emailed each other every other day. When he wasn’t traveling, we would have weekly “business meetings” at his house in his office. After we were done working, we’d hang out and eat lunch. My grandfather and I formed a strong bond over Shop LLAP and he cared a lot for it. He treasured this new avenue where he could connect with his fans in 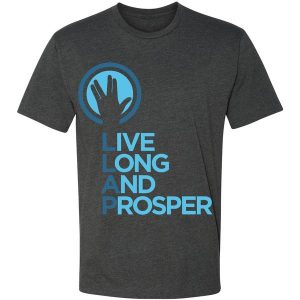 a way that he never had before.”

What is the future like for Shop LLAP? How would you like to see the shop grow?

“My goal is to continue running Shop LLAP and continue to donate a portion of the proceeds in memory of my grandfather. (Shop LLAP donates a percentage of their yearly profits to UCLA’s COPD research team as a tribute in memory of Leonard Nimoy.) I would love to expand and grow Shop LLAP, but not for a while.

My goal right now is to promote the shop more and grow my customer base, which is not an easy task, but I’m trying!”

It was truly a pleasure Dani, thank you so much for taking time out of your busy schedule to speak with us!

Please do follow, like and become a valued returning customer of Dani and Shop LLAP at her website listed below and the following social media links: 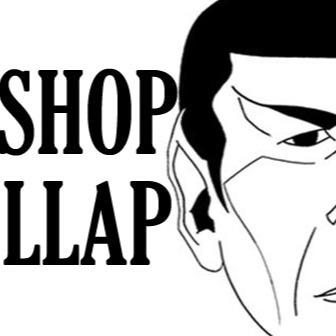 It’s a new decade, and we have a new Cosmic Library episode! In January, comics go through a …

“Oh! The sound of male ego. You travel halfway across the galaxy, and it’s still the same song.” …