FANTASTIC BEASTS AND WHERE TO FIND THEM: Special Edition Blu-Ray Unboxing and Review

Welcome to my unboxing/review of the Fantastic Beasts and Where to Find Them Blu-Ray release. Since it was announced back in January, I have been hyped to get this Blu-Ray and today, I will be unboxing it (with pictures) for you all and reviewing the quality of the Blu-Ray itself, as well as other features.

The paper slipcover of this “special edition” is made to look like main protagonist Newt Scamander’s suitcase. It has only the title on the front, and a small and familiar hand (for those who have seen the film) clawing past the edge. 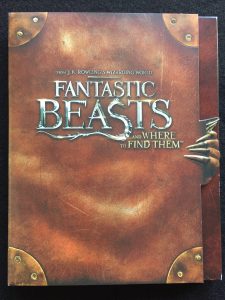 A velcro seal reveals a pop-up of some of Newt’s “Fantastic Beasts”, including the Billywig, a blue-purple colored beetle, the Niffler, a greedy but undeniably cute creature that looks somewhat like a platypus, and the Demiguise, a primate that can turn invisible and predict the future. 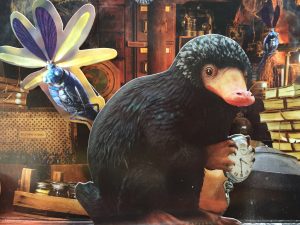 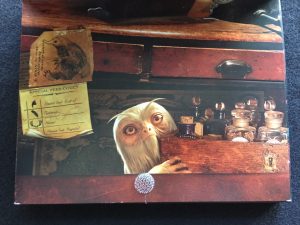 After taking off the slipcover, you can view the main Blu-Ray cover, which features the three previously mentioned creatures, as well as a giant bird called the Thunderbird, and a serpent called the Occamy, a glorious creature that can shrink and grow to accustom itself to a new habitat. 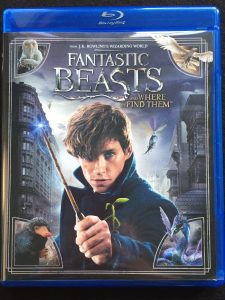 The back cover features some screencaps from the film, as well as a brief description of the movie. It also tells us a bit about the available special features, including deleted scenes and featurettes. 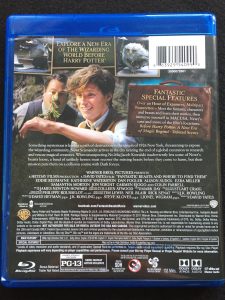 Inside the Blu-Ray case, you can see the two discs. Both the Target Special Edition and the normal edition include DVD copies as well, but the 3D and 4K copies do not.

Along with exclusive packaging, those who buy the Target Special Edition will be in for a nice surprise with these large “character cards”. They provide a brief description of the five main characters and even feature a drawing of their wands as well. These come sealed in an envelope with Newt’s name and the movie title featured on it. 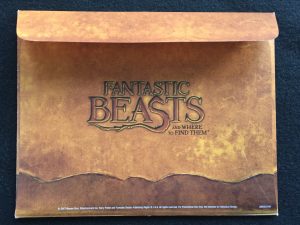 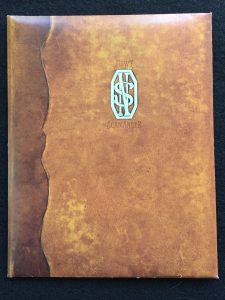 REVIEW (note: this is an overview of the release’s technical specifications, and not based on what is included in the special edition)

The video quality on the Blu-Ray release for this film is really good. While some of the textures are very well-converted, some are not as good, and appear a little rough. The 1080p format looks extremely good, even if it’s video can’t live up to the 4K UHD release.

The audio in this Blu-Ray is phenomenal, one of the best I’ve heard. The sound editing is perfect, and the ominous hums are soft, but just loud enough to hear, making this almost theater-quality audio. James Newton Howard’s score mixes perfectly with the sounds from the background of NYC in the film.

The Blu-Ray release is relatively light on special features. However, the extras included on the Blu-Ray disc are efficient enough to provide fans of the Harry Potter universe with just the right amount of goodies, including 15 minutes of deleted scenes, as well as a 15-minute-long featurette: Before Harry Potter: A New Era of Magic Begins!, and over an hour of featurettes exploring the creatures, characters, and design.

This is certainly an excellent Blu-Ray release. Buying the normal version is good enough, but if you end up managing to grab the Target Special Edition before it’s gone, then that’s just a big bonus. I highly recommend you purchase this Blu-Ray.

In Twentieth Century Fox’s epic adventure-comedy “Free Guy,” a bank teller who discovers he is actually a background player in an open-world video game, decides to become the hero of his own story…one he rewrites himself. Now in a world where there are no limits, he is determined to be the guy who saves his world his way…before it is too late.