THE BOOK OF HENRY – Official Trailer

What secrets are hidden next door? The Book of Henry is an upcoming American drama film directed by Colin Trevorrow and written by Gregg Hurwitz.

Official Synopsis: Sometimes things are not always what they seem, especially in the small suburban town where the Carpenter family lives. Single suburban mother Susan (Naomi Watts) works as a waitress at a diner, alongside feisty friend Sheila (Sarah Silverman). Her younger son Peter (Jacob Tremblay) is a playful 8-year-old. Taking care of everyone and everything is Susan’s older son Henry (Jaeden Lieberher), age 11. Protector to his adoring younger brother and tireless supporter of his often self-doubting mother – and, through investments, of the family – Henry blazes through the days like a comet. Susan discovers that the family next door, which includes Henry’s kind classmate Christina (Maddie Ziegler), has a dangerous secret – and that Henry has devised a surprising plan to help. As his brainstormed rescue plan for Christina takes shape in thrilling ways, Susan finds herself at the center of it. 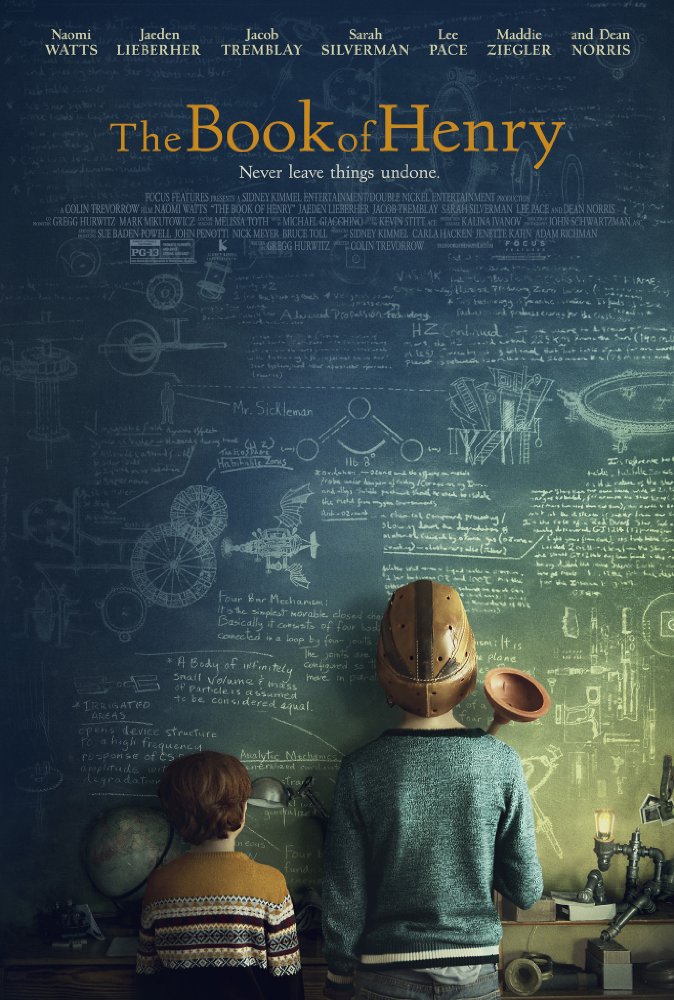 Earlier today at Comic-Con International, fans from around the world were given a sneak peek at the new …