Welcome to the Second Union Iron Fist watchalong event! Watch along with us for the next several weeks as we check out the next hero in making in the Marvel Cinematic Universe (Daredevil, Jessica Jones and Luke Cage). Iron Fist’s entire first season was made available for viewing on Friday, March 10 on Netflix. Every weekend (Saturday and Sunday) starting Saturday, March 25th we will post overviews and opinion of an episode of the series. WARNING: This article is full of SPOILERS!

If you haven’t already, read the previous article for “Underneath Pluck Lotus”. 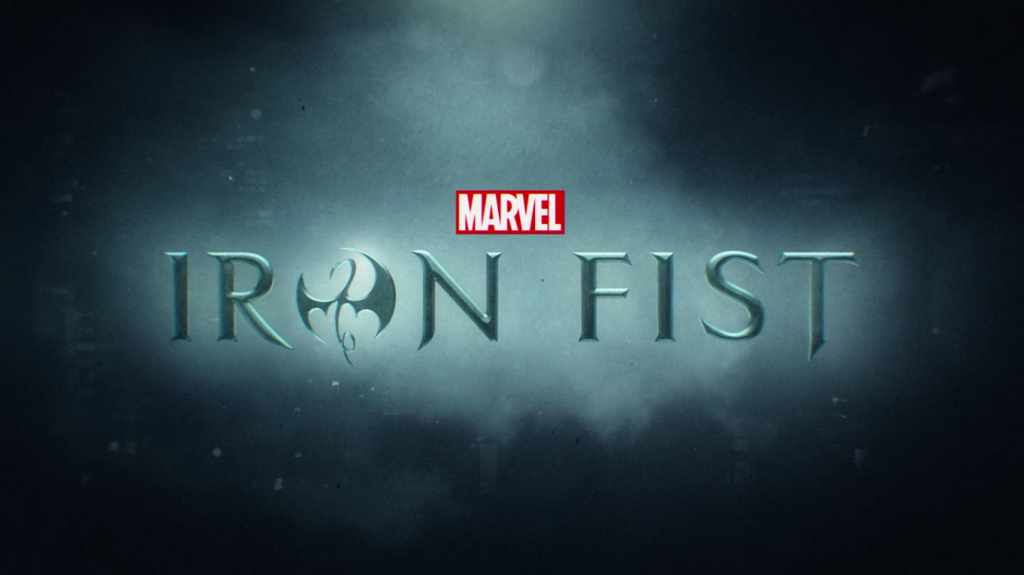 We start with Madame Gao sending out messages to more noble fighters to go after Danny since her henchman failed to stop him from rescuing Radovan at the pier. Several scenes give us an introduction of each assassin as they are all summoned, “The time has come.” Two Russians are seen slaughtering a huge chunk of meat, a lab technician is studying a spider, and in the last scene, a man is seen singing along to a karaoke version of A-ha’s “Take On Me”, a slow reveal shows he is surrounded by a sea of recently slaughtered dead bodies, his audience.

Madame Gao sent an invitation to Danny in a different way. Ward was advised by Joy to make sure Danny is at an important meeting later with Wayne Olsen of Crisis Intervention Resources (CIR) to deal with video of him apologizing for Rand Enterprise’s chemical plant. Instead, Danny drags Ward along to find Radovan’s daughter, Sabina. Inside a Rand warehouse, they find the decapitated head of the henchman from the last scene from the previous episode. In the mouth of the severed head, Danny sees the invitation to a Grand Duel at the address 430 Cherry Street. Meanwhile, Colleen and Claire are having a trying time keeping Radovan alive. Claire wants to get him to a hospital but Colleen wants to wait for Danny.

Danny explains the Grand Duel to Colleen and Claire. This is where we see the Danny/Colleen relationship start to cross to the next level. She fears for his life. He describes the vision he had of his former master, who taught him the Legend of the Iron Fist and the threat of the Hand. Colleen wants to go with Danny to the challenge, but Danny will not allow it. 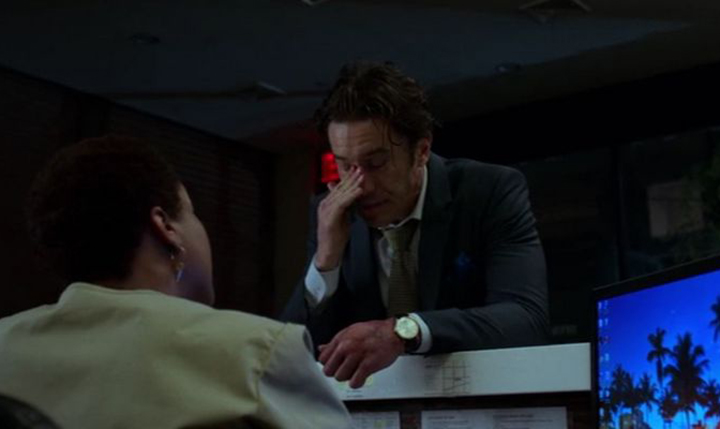 Ward is fighting his own enemies. The sight of the severed head and him discarding his pills, he is on edge. Although he is showing signs of withdrawal, he attends the crisis meeting but eventually, he loses control and runs out in search of more Percocet at a hospital. Getting a bit hostile with the hospital staff, Joy arrives just in time before he is arrested.

Danny arrives at 430 Cherry Street for the duel. He speaks his demands. Madame Gao responds with her own terms. If Danny loses the fight, he must remove himself from the Hand’s business. Danny agrees. The ceremonial hand-washing confirms the deal and so the fight begins.

His first opponents are the two Russian butchers. They describe themselves as one person. They form a circle of blood and state that no contender can leave the circle, for the result will be a disqualification. A couple of punches puts Danny off guard at first until he hears his Jedi Master’s voice telling him, “You cannot be in two places at once. You must be a double-edged sword.” That gives Danny the confidence to continue. He is victorious over the two. During a short pause, they ask him why is he even there? Because the real Iron Fist would never leave his post. Was he suppose to be standing at the gates of K’un-Lun? Waiting for the Hand? One final voice from his Master to destroy the Hand put them down for a final count. I think it was the boy chasing girls comment. Madame Gao pronounces Danny the winner of the first battle. 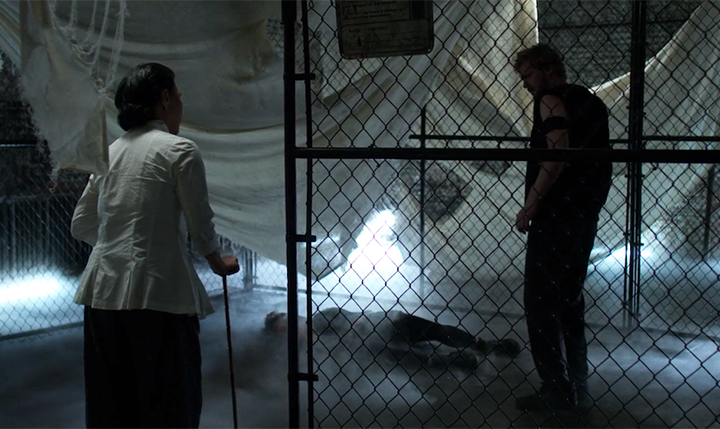 Round two is the female scientist. She uses her sexual wiles to seduce Danny, eventually getting close enough to prick his neck with a singing spider venom that weakens him. But Danny shakes off the effects of the poison. And with a hard, jump round kick, he successfully defeats the Bride of Nine Spiders. 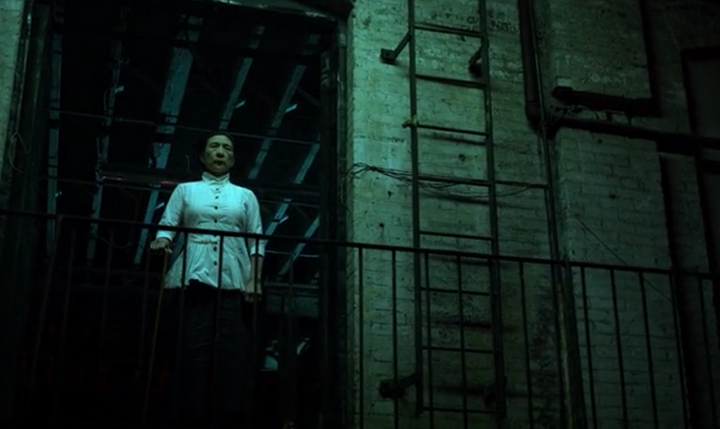 In the final round, the fight is between Danny and the Scythe (the Karaoke Killer from the beginning.). He carries with him an array of weapons…halberds, spears and of course, scythes. From atop a platform, Madame Gao appears to witness the fight. Danny is winning the fight and with this Madame Gao threatens to kill Sabina unless Danny withdrawals. Hearing the voice of his Jedi Master who advises him to do anything to destroy the Hand, and he decides to withdraw from the fight. But why is Madame Gao agreeing to be dishonorable in breaking the rules? She questions him on why he chose to leave “Heaven”, and she reveals that she knew Danny’s father. As he leaves the arena, he asks his Master, “Was I supposed to let her die?” With all this going on, the Hand has kidnapped Radovan from the hospital under the watch of Colleen and Claire.

Official Synopsis: After Scott and Kate Johansen (Will Ferrell and Amy Poehler) lose their daughter Alex’s college fund, they …