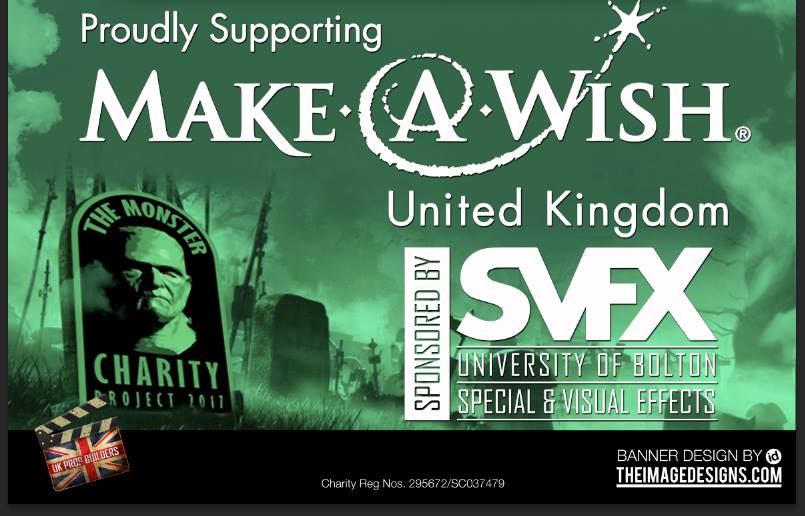 Twenty-eight of the UK’s top prop-making and movie FX artists are coming together for a very good cause. Each artist has exclusively customized a bust featuring their own unique take on the Frankenstein monster. Each bust will later go to auction where 100% of the proceeds will be donated to the Make-A-Wish Foundation in the UK.  An amazing project, and a worthwhile cause.

We here at Second Union are extremely enthusiastic to have been chosen to do an exclusive reveal of the second of twenty-eight unique Frankenstein inspired busts. We hope you enjoy what you see, and we hope that you continue to follow, like and check back with them often via the variety of social media links at the bottom of the page. 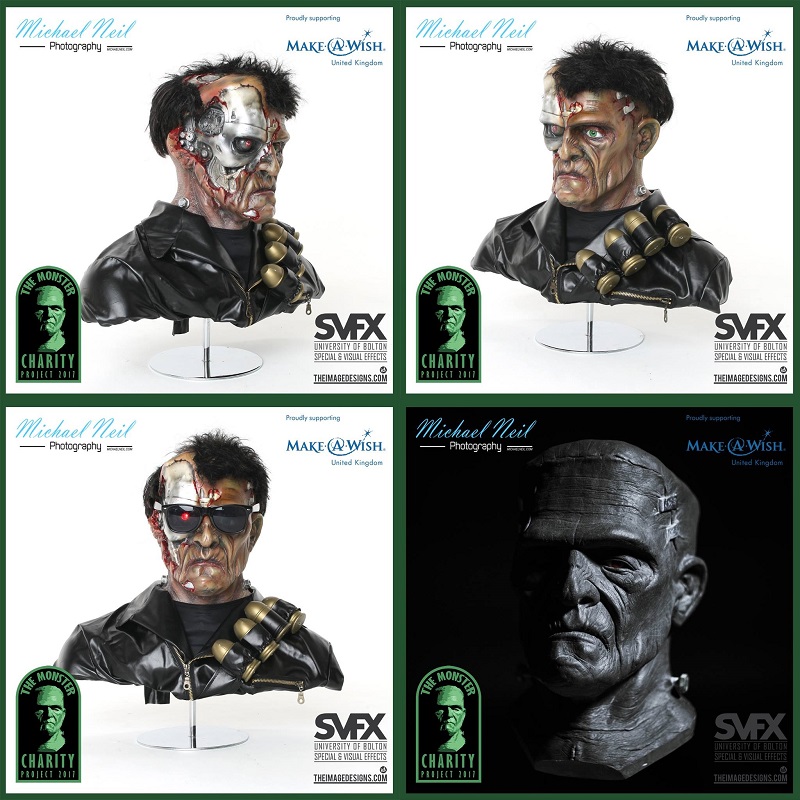 More About THE MONSTER CHARITY PROJECT 2017

Some of the UK’s top prop-making and movie Special FX artists will customize unique designs of Frankenstein’s Monster to raise money for Make-A-Wish UK.

Frankenstein’s Monster as you have never seen him before!

28 of the UK’s top prop-making, sculpting and SPFX make-up artists have been brought together to take part in a unique charity project.

Each artist has been given a bespoke Frankenstein-inspired monster bust, created and supplied by SVFX University of Bolton Special & Visual Effects team, with the simple instruction: Customise him into any design you like.

Once completed, the artists will then donate the finished busts back to Make-A-Wish UK, who will then auction off the busts via their online worldwide auction site.

All the artists and the back room project crew donate their time and skills totally free of charge and 100% of the proceeds raised will go to Make-A-Wish UK.

The busts will be going on a UK tour during 2017 taking in such conventions as Horror Con UK and will feature at other events TBA.

In addition to the above conventions, people will be able to start viewing the completed busts from May 2017 via various social media outlets. 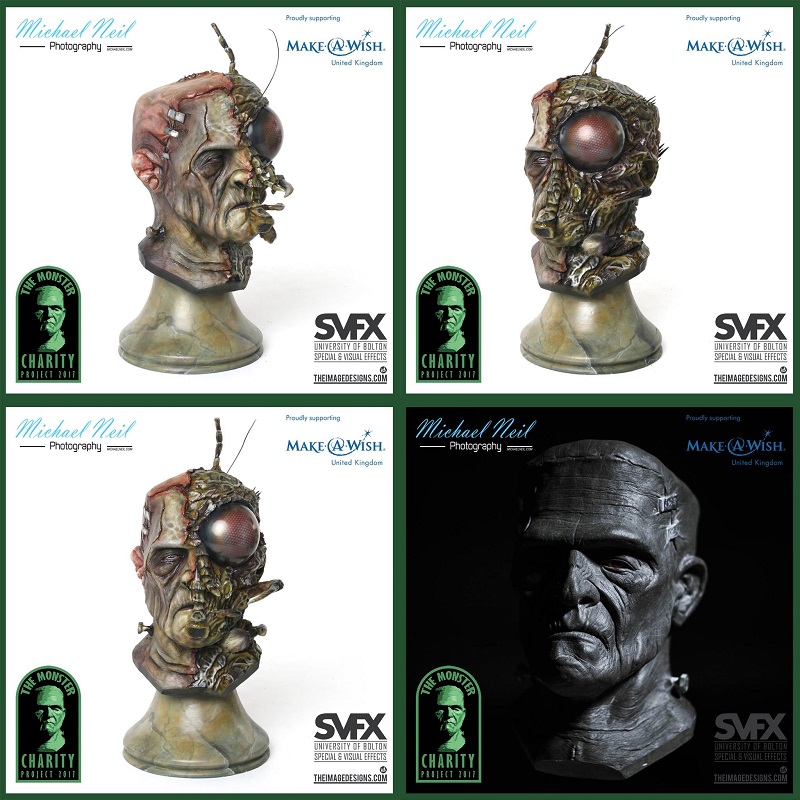 For Further information and updates, you can follow the project and all its progress at:

During Dragon Con 2019, we got to sit down in a press room with voice actor Kimberly Brooks …