Nintendo’s Japanese website has stated that while the Famicom Classic Edition has ended production for now, there will be an announcement on the website when production is resumed again. While it is possible that the discontinuation of the Famicom Classic is permanent, this could mean that the Famicom may see another release one day. Unfortunately, Nintendo has issued no such statement in regards to the North American NES Classic at this time. 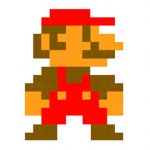 In the meantime, some of the games available for these discontinued consoles can still be found through Nintendo’s Virtual Console service. The service allows fans of NES, Super NES, and Game Boy Advance to play their old favourites on newer consoles, such as the Nintendo 3DS or the Wii U. There are also reports that the new Samsung Galaxy S8 mobile phone is able to run an emulator which would allow owners to play Super Smash Bros., Super Mario Sunshine, and The Legend of Zelda: The Wind Waker using touch controls. Nintendo emulators have been available for Android phones for quite some time, however previous Android phones were not able to run the emulators without graphical issues. Meanwhile, Nintendo Switch owners have been waiting for a Virtual Console release for the newest hybrid console since it was released on March 3 of this year. There is a rumour spreading that the Switch version of the service may include beloved Nintendo GameCube games, which would certainly help boost Switch sales even further, which may account for its delay.

When it comes to Unreal Engine 4, the proprietary engine used for the hit series Unreal which kicked off in 1998, it …