Hello! Welcome to my first entry in Home Release Guide, Second Union’s guide to the different home releases for different films. I’ll explain what each version includes and give you the best bang for your buck. Here’s a guide to the multiple releases of Damien Chazelle’s 2016 film, La La Land. 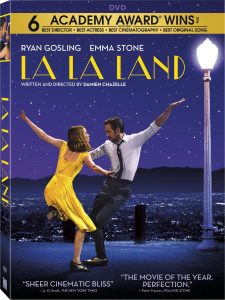 The DVD version is the cheapest one available. If you just want a copy of the film that will play on pretty much every device, and don’t care about the quality, this is for you. However, it comes without a ton of the special features that come on the Blu-Ray versions. The cover is the same, but there is also not digital copy included in this version. This version is $19.99 on the Best Buy website. 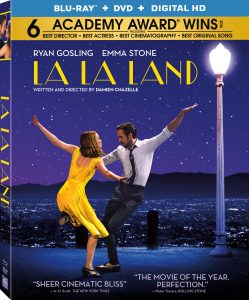 The Blu-Ray version is the average version of this title. It includes all of the special features, along with a digital copy. The film is in 1080p high-definition, and comes with the DVD version as well, so you can watch the film on the go. If you want a hi-def version of the film, buy this. Remember: even if you don’t have a Blu-Ray player, Blu-Ray discs work on game consoles too, including the last-gen PS3. This version is $19.99 on the Best Buy website. 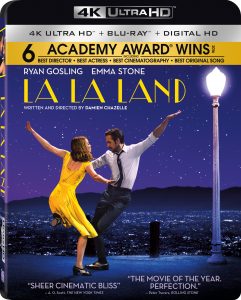 This version is for true fans of the film who want a theater-quality home video release. The 4K UHD version includes the 4K disc, as well as the Blu-Ray version and a digital copy. It costs more, and doesn’t have any extra bonus features, but if you’re willing to purchase this version, it’s still a very good release. This version is $29.99 on the Best Buy website. 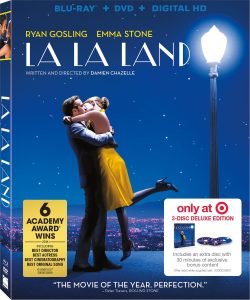 The Target Edition includes an additional disc with 30 minutes of exclusive bonus features, as well as the Blu-Ray disc, DVD, and a digital copy. In addition the the extra disc, it has a completely different cover design that features Mia and Sebastian kissing instead of the iconic image of them dancing. If you’re the kind of person who loves watching the special features, definitely purchase this edition. This version is $19.99 on the Target website. 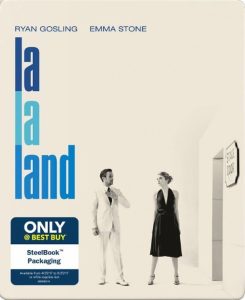 The Best Buy exclusive steelbook includes the general special features, as well as a digital copy and a DVD. The collectible packaging features Mia and Sebastian in one of the film’s scenes. For true collectors, this is the way to go. It only costs a little more, and is only available at Best Buy. This version costs $22.99 on the Best Buy website.

Welcome back to my very, very long string of Tim Burton reviews! Today we’ll be taking a look …

Superheroes aside, Disney’s live-action remake of The Lion King is (to date) the best film of the year. It …