Welcome to my recap of Chicago Comic & Entertainment Expo 2017, also known as C2E2. Join me in taking a look at some of the awesome events that happened this weekend, as well as a cosplay gallery! 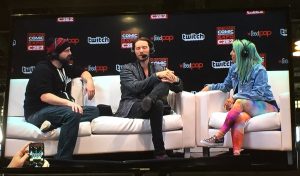 This year’s C2E2 was a blast. Walking around and seeing the various cosplayers show off their poses was extremely fun, and It was highly enjoyable to see how creative some got. Some of my personal favorites were Aloy from the game Horizon Zero Dawn, Wirt and Greg from Over the Garden Wall, and The Angriest Boy In The World from FX’s Legion. Artist Alley was also a really fun thing to experience. When you see fan art on your computer or phone, you probably think, “Oh, that’s cool”. But seeing dozens of artists come together to share their career and what they love doing is something you can only see for it to do you justice. 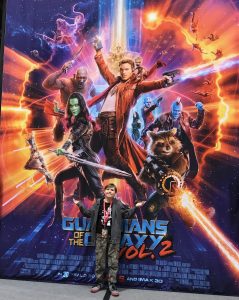 There was a plethora of toy sellers, including a half dozen different Funko retailers. I ended up purchasing an SDCC 2016 exclusive Olivia Moore Funko POP! from the show iZombie, one that I wanted to buy when it came on the market last year. Seeing valuable and retired Funko dolls was really, really cool. I was looking for Spike from Cowboy Bebop, but every single seller seemed to only have the other members of the Bebop: Faye, Jet, and Ed.

I didn’t get to visit as many panels as I wanted to, but I did get to see an interview with Steve Blum (Star Wars Rebels, Cowboy Bebop, Mortal Kombat X) and learn more about him. I also saw an interview with the one, the only…Troy Baker! It was really cool getting to know the man behind voices such as Joel from The Last of Us and Booker DeWitt in BioShock Infinite. Very, very cool experience. There was also a really awesome FUNimation booth that showcased a few dozen anime on Blu-Ray.

I received an autograph from Luke Cage himself, Mike Colter. We actually share the same birthday, so it was awesome meeting the Marvel actor in person. Two of the young Stranger Things stars, Gaten Matarazzo and Millie Bobby Brown, appeared at c2E2 this year too. The Nostalgia Critic, Doug Walker, also showed up, and I got his autograph as well!

I had a great time at C2E2 this year, and I’m looking forward to next year’s events, whatever they may be.

As you may or may not know, Twitch livestreamed all of the panels all weekend long. Here are the links. 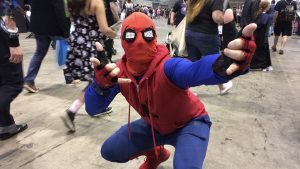 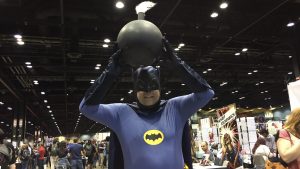 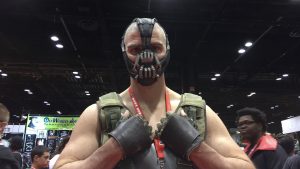 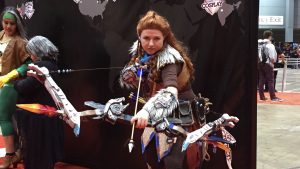 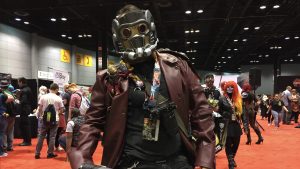 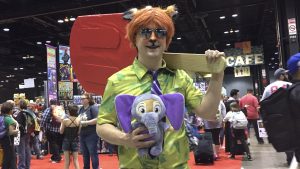 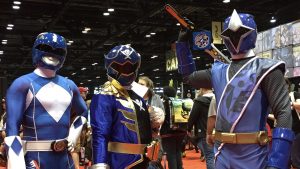 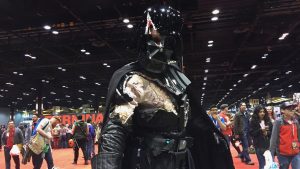 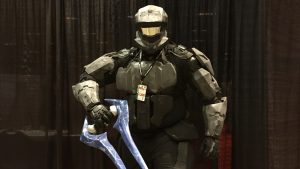 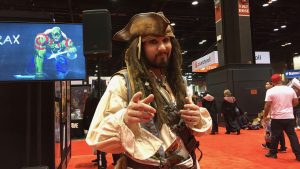 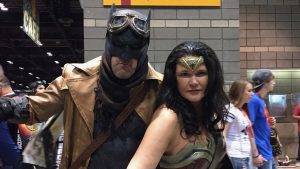 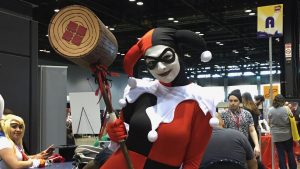 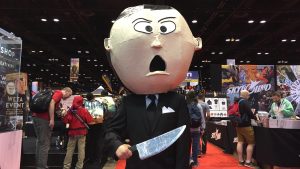 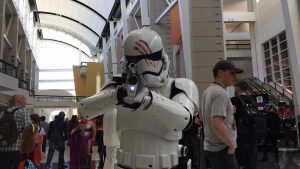 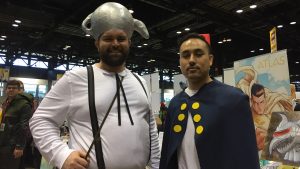 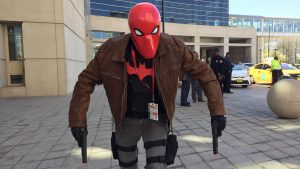 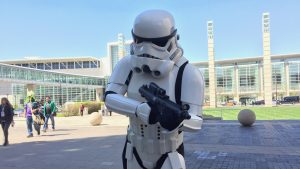 All SDCC attendees, or even visitors without SDCC badges, look forward to the offsite playground that is NerdHQ, …