**Spoilers! Spoilers are coming in this recap of Doctor Who episode: Oxygen”

The permutations that resonate from an episode such as “Oxygen” can not be understated. Although in general the episode itself may fall in to the mid range category, its effect in the season in general may be greater than any other (barring the finale).

“Oxygen” finds the trio naively answering a distress call emanating from a vessel stranded in space, seemingly abandoned except for a number of harmless space suits. Yeah, right. 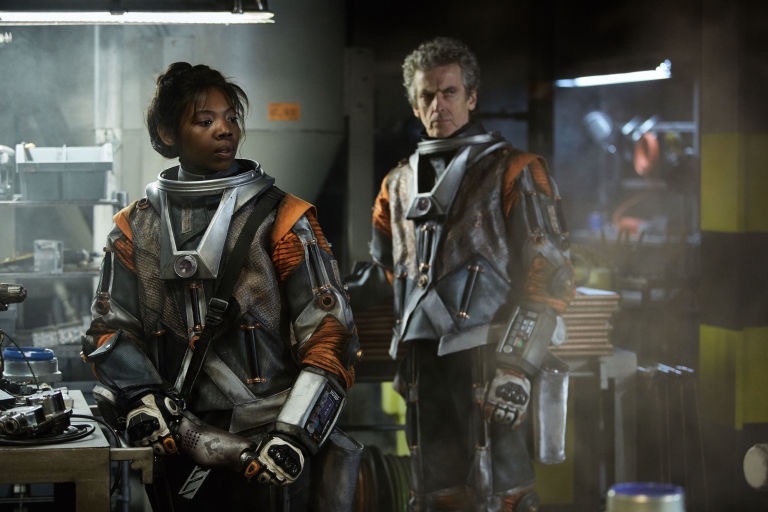 It transpires that the suits are in fact killing their occupants in some barbaric form of money efficiency. The logic states that the best method of saving money is to eliminate the oxygen-consuming inhabitants, take control of their bodies, and continue with the daily tasks necessary to promote a conducive working environment.

As stated before, there is an event that will in no small way have such an effect on the remaining episodes of the season that the whole dynamic of the group may have completely changed. This event begins when Bill’s suit begins to show signs of damage just as they are preparing to enter the harsh vacuum of Space. When her helmet won’t attach it looks as though this may be the end of our well-loved companion. This is averted however when the Doctor again takes the valiant stand to protect his current partner by offering his helmet instead. Because of this, the Doctor is, and seemingly will be for the foreseeable future, blind. 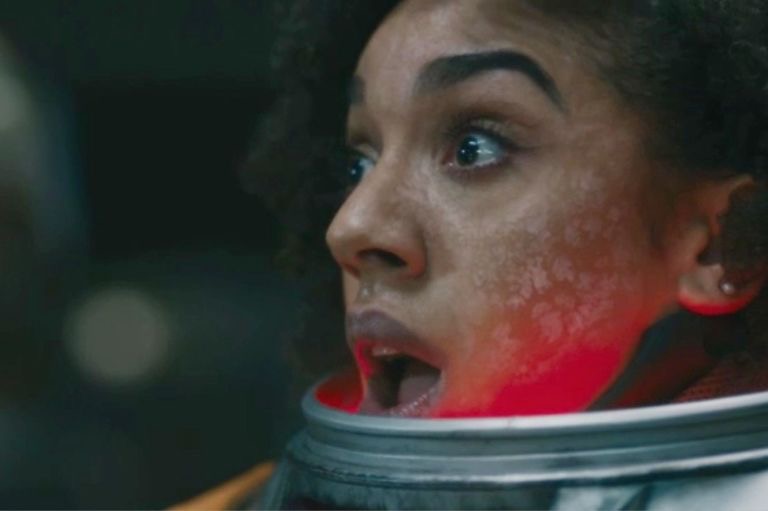 A blind Doctor is potentially the first real sign that time is drawing to an end for Peter Capaldi’s current run as the Doctor. A sign that could give his enemies the upper hand for the first time in recent memory, as well as the first obvious sign of weakness from this consummate defender.

Clearly, there’s a message in “Oxygen” about corporate responsibility and the treatment of its workers against its overarching desire to achieve the highest profit margins. However such a blatant moral is veiled by the extreme emotions portrayed by Lucas, Capaldi, and Mackie throughout another above average of this season. It seems as though Season 10 is showing no signs of losing its pace anytime soon.

Official Synopsis: Lara Croft, the fiercely independent daughter of a missing adventurer, must push herself beyond her limits when …

A true labor of love for director Adam Nimoy, the son of the late actor Leonard Nimoy. This film takes …