Netflix has recently announced a prequel series for Jim Henson’s cult fantasy classic The Dark Crystal. The Dark Crystal: Age of Resistance will return you to the world of Gelflings, Skeksis, and Mystics. The original film The Dark Crystal was a 1982 American–British fantasy adventure film directed by Jim Henson and Frank Oz and starred the voices of Stephen Garlick, Lisa Maxwell, Billie Whitelaw, and Percy Edwards. The plot revolved around Jen, an elf-like ‘Gelfling’ on a quest to restore balance to his alien world by returning a lost shard to a powerful but broken gem.

In a press release yesterday, The Jim Henson Company had this to say:

“A beloved classic from the 80s marks its return as Netflix, the world’s leading internet entertainment network, will bring The Jim Henson Company’s The Dark Crystal: Age of Resistance exclusively to members around the world. The 10-episode fantasy adventure series is a prequel to the groundbreaking 1982 fan favorite The Dark Crystal, and takes place many years before the events of the film. The series will be shot in the U.K., and will star an ensemble of fantastical, state-of-the-art creatures created by Jim Henson’s Creature Shop™ and Brian Froud, the original feature’s conceptual designer.

The Dark Crystal: Age of Resistance returns to the world of Thra with an all new adventure. When three Gelfling discover the horrifying secret behind the Skeksis’ power, they set out on an epic journey to ignite the fires of rebellion and save their world.” 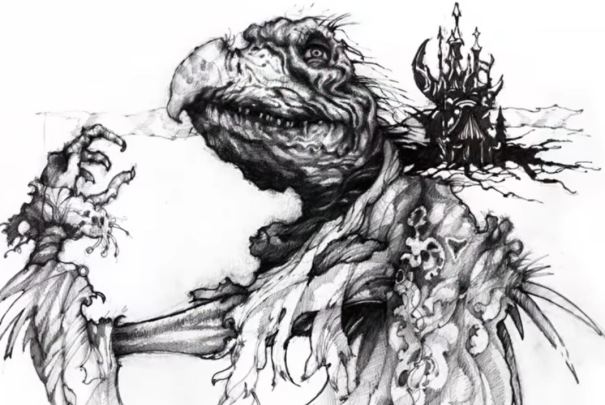 <<Spoilers for the final 2 episodes of Doctor Who will be discussed from the offset.>> This is it …