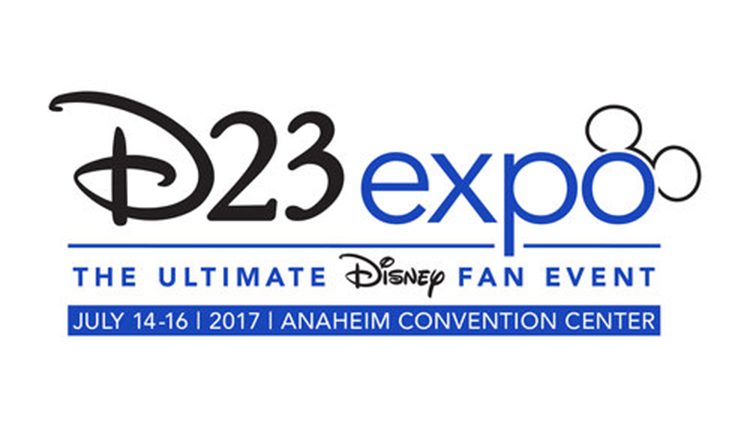 This July, California is really going to be nerd mania for those attending the D23 Expo (July 14th-16th) event in the Anaheim Convention Center in Anaheim, California and a week later basking in all of the glory of San Diego Comic-Con (July 20th-23rd). D23 Expo is Disney’s bi-annual fan event hosted in different locations. The Expo will be in Japan, February 2018.

Via D23 Press Release, we have a listing of the lineup and attractions so far for this year:

The lineup includes star-studded Q&A panels featuring the talented voice casts of Disney XD’s highly anticipated DuckTales series and Disney Channel’s Tangled: The Series, plus a special appearance by the stars and director of the upcoming Disney Channel Original Movie Descendants 2. Disney Channel and Disney XD cast members from Stuck in the Middle, Bizaardvark, K.C. Undercover, Walk the Prank, and MECH-X4 will greet fans at the D23 Expo’s Talent Central throughout the weekend.

The one-and-only Scrooge McDuck’s Money Bin, located on the show floor, will provide the priceless opportunity for fans to dive into more than 30,000 plastic gold coins and “swim” away with a professional 180-degree video capture to share with friends. The new DuckTales series premieres this summer on Disney XD, in the 30th anniversary year of the Emmy® Award-winning original series treasured by a generation.

On SUNDAY, JULY 16, fans are invited to join the stars and creative team of Disney Channel’s Tangled: The Series for a Q&A panel as they share some of the magic behind bringing the series to life. Mandy Moore and Zachary Levi, who reprise their roles as Rapunzel and Eugene (AKA Flynn Rider) from Walt Disney Animation Studios’ acclaimed feature film, will be joined by executive producer Chris Sonnenburg, co-executive producer Ben Balistreri, and Broadway stars Eden Espinosa (Cassandra) and Jeremy Jordan (Varian). The panel will take place from 10:30–11:30 a.m. on Stage 28. 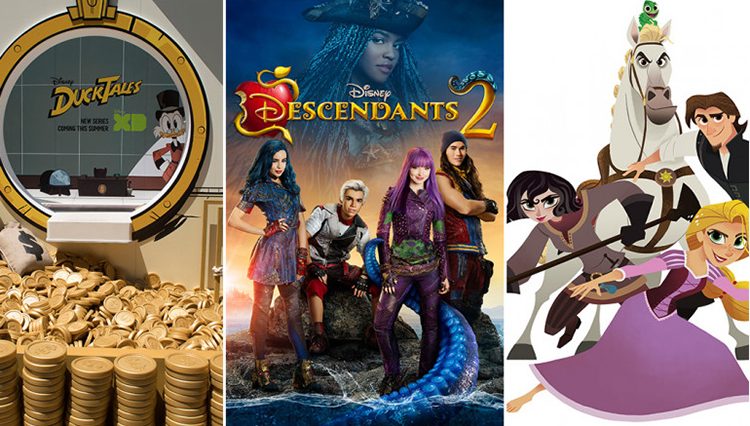 D23: The Official Disney Fan Club has announced the lineup of the most highly anticipated presentations. The Disney Legends Awards Ceremony, hosted by Disney Chairman and CEO Bob Iger, will kick off the Expo on Friday morning, July 14. Later that same day, The Walt Disney Studios will give fans a sneak peek at all the latest from Walt Disney Animation Studios and Pixar.

On Saturday morning, The Walt Disney Studios will preview the coming slate of live-action films from Disney, Marvel, and Lucasfilm. 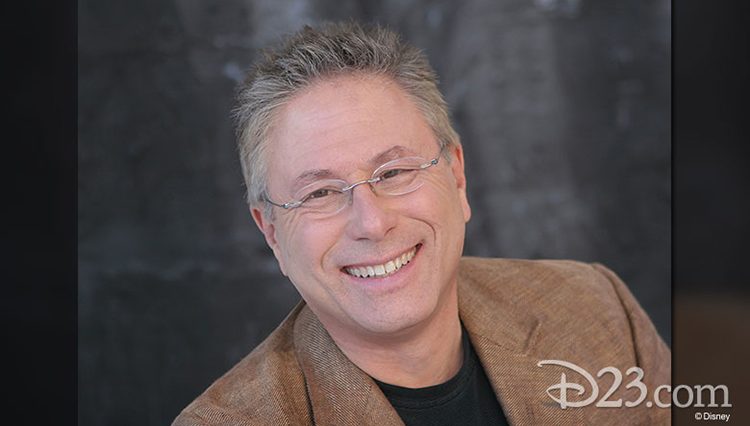 These Expo favorites will take place in Hall D23, the 6,800-seat venue located in Hall D of the Anaheim Convention Center. The schedule of Hall D23 Events and Presentations are as follows (all events subject to change):

The Walt Disney Studios will present a behind-the-scenes look at its blockbuster collection of upcoming films in two jam-packed Hall D23 sessions.

WALT DISNEY PARKS and RESORTS (3pm, Saturday 15th July) Step into the worlds of magic of Walt Disney Parks and Resorts with Chairman Bob Chapek, to find out what’s new and what’s next for resorts around the globe.

If it is your first time attending or you just want a refresher course of preparing for D23, check out the video collection of Christian Milan’s D23 Expo Preparation:

D23 Expo—The Ultimate Disney Fan Event—brings together all the worlds of Disney under one roof for three packed days of presentations, pavilions, experiences, concerts, sneak peeks, shopping, and more. The event provides fans with unprecedented access to Disney films, television, games, theme parks, and celebrities. Presentations, talent, and schedule are subject to change. For the latest D23 Expo news, visit D23Expo.com. To join the D23 Expo conversation, make sure to follow @DisneyD23 on Twitter and use #D23Expo.

The name “D23” pays homage to the exciting journey that began in 1923 when Walt Disney opened his first studio in Hollywood. D23 is the first official club for fans in Disney’s 90-plus-year history. It gives its members a greater connection to the entire world of Disney by placing them in the middle of the magic through its quarterly publication, Disney twenty-three; a member- exclusive website at D23.com; member-exclusive discounts; and special events for D23 Members throughout the year.

Please note that single day Saturday admission tickets are sold out.  However, there are 3 Day Passes and single day Friday and Sunday still available. Fans can join D23 at Gold Membership ($74.99), Gold Family Membership ($99.99), and General Membership (complimentary) levels at D23.com and at DisneyStore.com/D23. To keep up with all the latest D23 news and events, follow DisneyD23 on Twitter, Facebook, Pinterest, Instagram, and YouTube.