Move over Lynda Carter. There is a new gal in town and her name is Gal Gadot. For a generation that never grew up with the television icon, the Israeli-born actress will become the fanboy favorite this summer. Anyone who saw the movie trailers over the past eight months could tell this was going to be a winner and what you saw is what you get.

In dramatic fashion we have a retelling of Wonder Woman’s origin, rescuing Steve Trevor on Paradise Island (a.k.a. Themyscira), and upon learning of the pain and suffering from the War to End All Wars, suspects manipulation by the hand of Ares, the Greek God of War, her sworn enemy. Venturing into the real world Diana Prince has to adjust to a sexist society where women perform secretarial tasks and struggle for the right to vote. Along the way, her stubbornness and determination to right the unjust of war-torn travesty (weeping mothers, maimed soldiers, etc.) establishes the ground rules for future superhero charisma. Along the way, she learns something about herself in the process.

While the British and the Germans are discussing the terms of Armistice, Steve Trevor attempts to warn his superiors of impending doom by Ludendorff and “Dr. Poison” to create an ultimate weapon that would turn the tide in the Germans’ favor. Naturally, the British maintain a stiff upper lip and dismiss Steve’s warnings. Leave it to Wonder Woman to take control of the situation by striding onto a battlefield (known as “No Man’s Land”) and fight the good fight. Before there can be peace, there must be war. 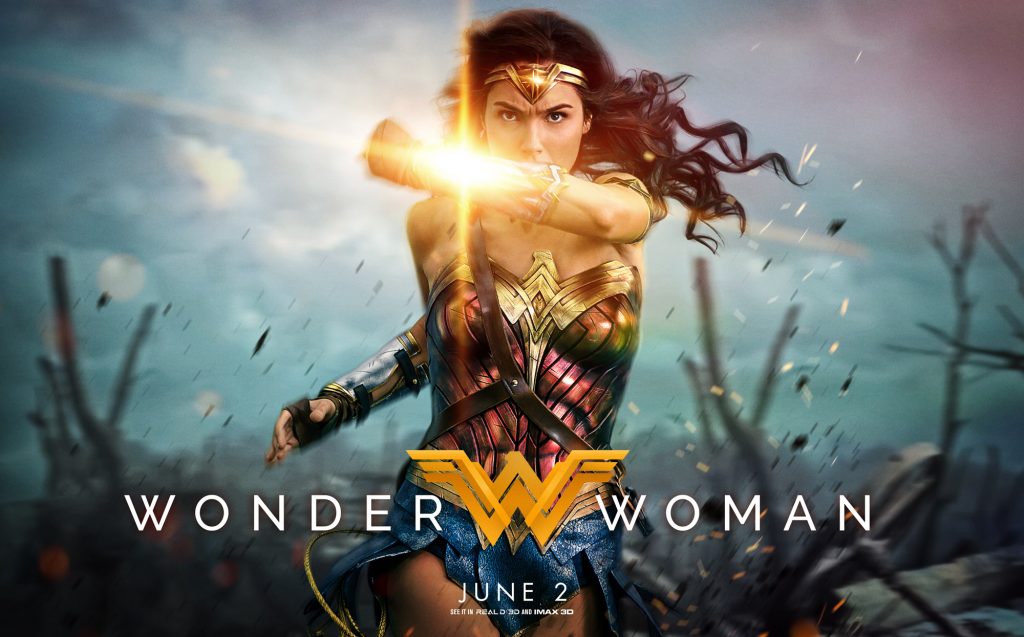 Created in 1941 by William Moulton Marston, a psychologist credited for inventing the lie detector, the character of Wonder Woman established an early feminist movement representing a peaceful force in society, gender relations and sexual freedom. The recurring theme of Wonder Woman restrained (eventually freeing herself from the bondage of her enemies) was submission in the subconscious form. Interjected a number of times in the movie we see Diana respecting a newfound appreciation of matrimony, while at the same time insisting women do not have to be secretaries and champions for female independence. If Marston was alive today he would have appreciated the subtle nods within the script.

Dr. Poison, as anyone who read the comic books knows, worked for a poison division of the Nazi Party during World War II, attempting to poison the U.S. Army’s water and clog the carburetors of U.S. airplanes. She is partially masked throughout the movie, suggesting one of her past experiments went horribly wrong. When she is eventually unmasked the gruesomeness was obviously toned down for the younger viewers. An early scene with Steve Trevor exiting a pool of healing water reveals nothing but a suggestive appetite between Diana and her future boyfriend, but Chris Pine, while perfectly fitting for the rogue, is a tad bit old for the role. 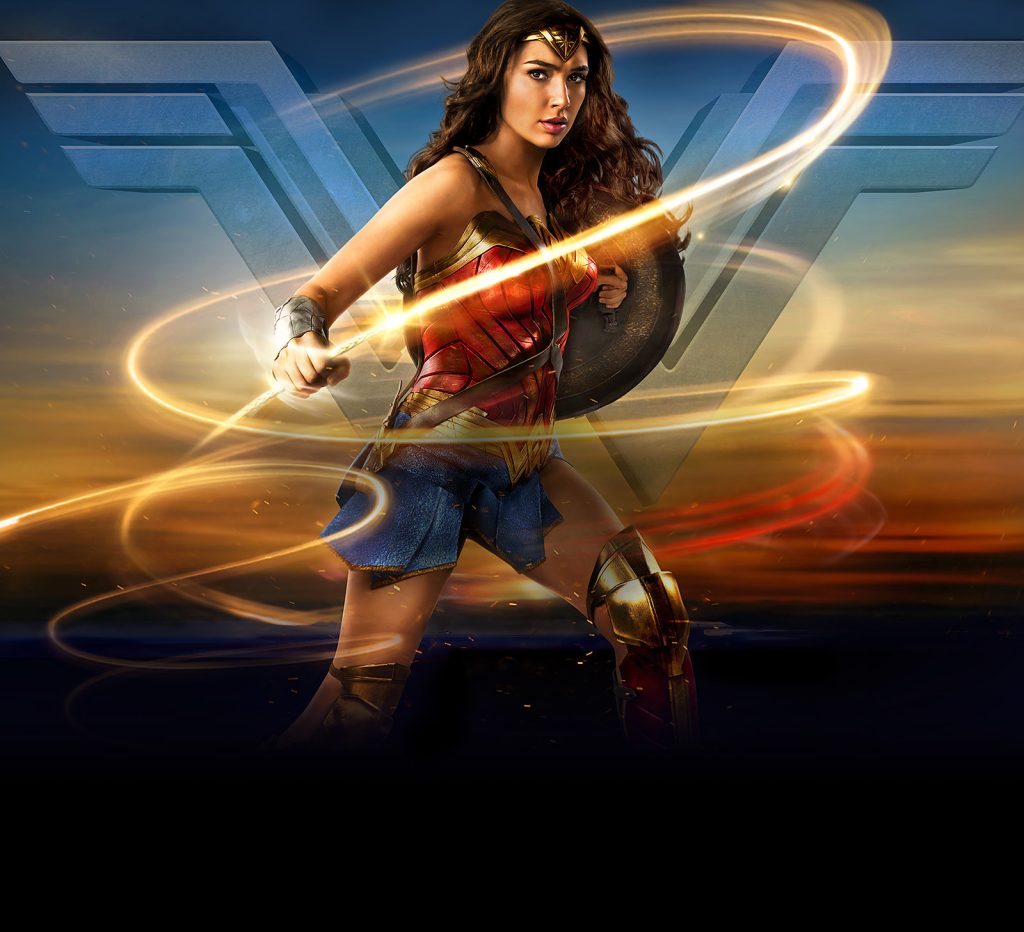 In an era when Jessica Chastain blasts the lack of female representation in Hollywood, and when Black Widow (of Marvel’s The Avengers) cannot even get her own action figure, Diana’s sacred duty to rid the world of war comes at a price. Warner backed their money with a strong promotional campaign and time will tell how large a reward.

While this may not live up to the standards of Marvel’s popcorn movies, which entertain with tongue-in-cheek mercenaries, and Warner’s attempt to differentiate their comic property from that of Marvel by employing what fanboys refer to as “DC stands for Dark Cinema,” this movie has plenty of color. War sequences and trench warfare are not overblown with glory and pride as demonstrated prior in Wings and All Quiet on the Western Front, but rather with the dimmed hopelessness of an occupied village seeking deliverance. What they received was Wonder Woman standing up against the oppressors, insisting to man and woman alike that you either stand by and do nothing, or you take a stand. 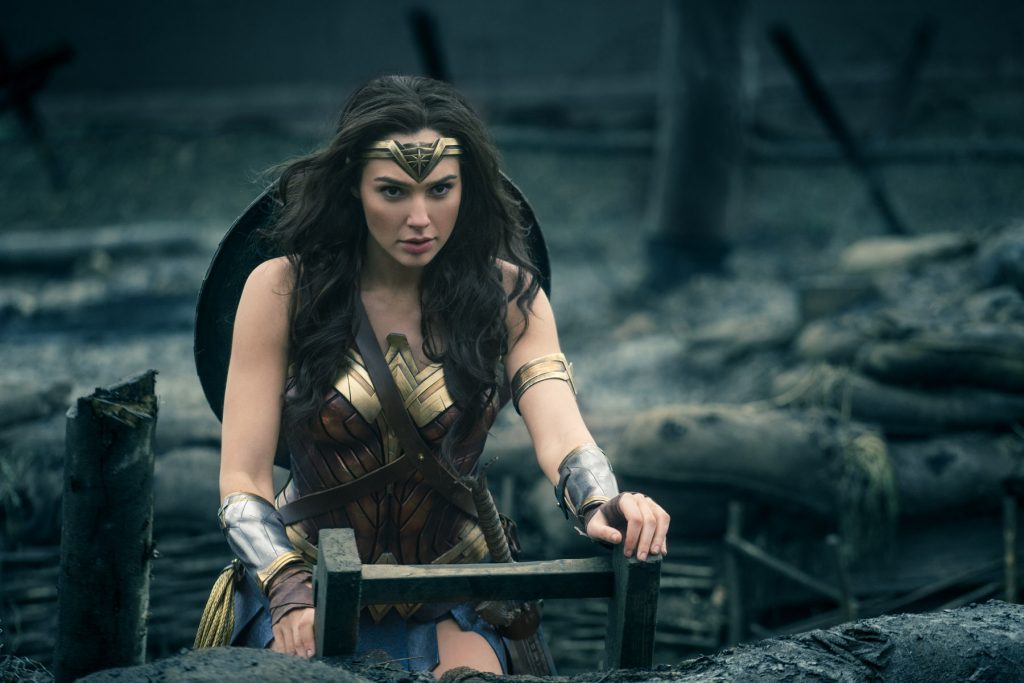 Much of the movie is a playbook on time-period action films and with the exception of the set-up and the closer I have to admit we’ve seen this all before. Old hat while Diana Prince attempts to assimilate into normal society. Stands in the way of an automobile? Check. Loves newborn babies and thinks they were molded out of clay? Check. Walking around society with sword and shield for humor that only children will find funny? Check. But the shining moments come when Wonder Woman steps out of the trenches and takes a stand against the Germans, unrelenting fierceness while authentically seductive at the same time. We will always have Lynda Carter but Gal Gadot is the new Wonder Woman.

There is no post-credits sequence. When the closing credits start to roll, you can leave with your empty candy wrappers and unfinished popcorn.

Official Synopsis: Behind every tradition lies a revolution. Next Independence Day, witness the rise of our country’s 12 …