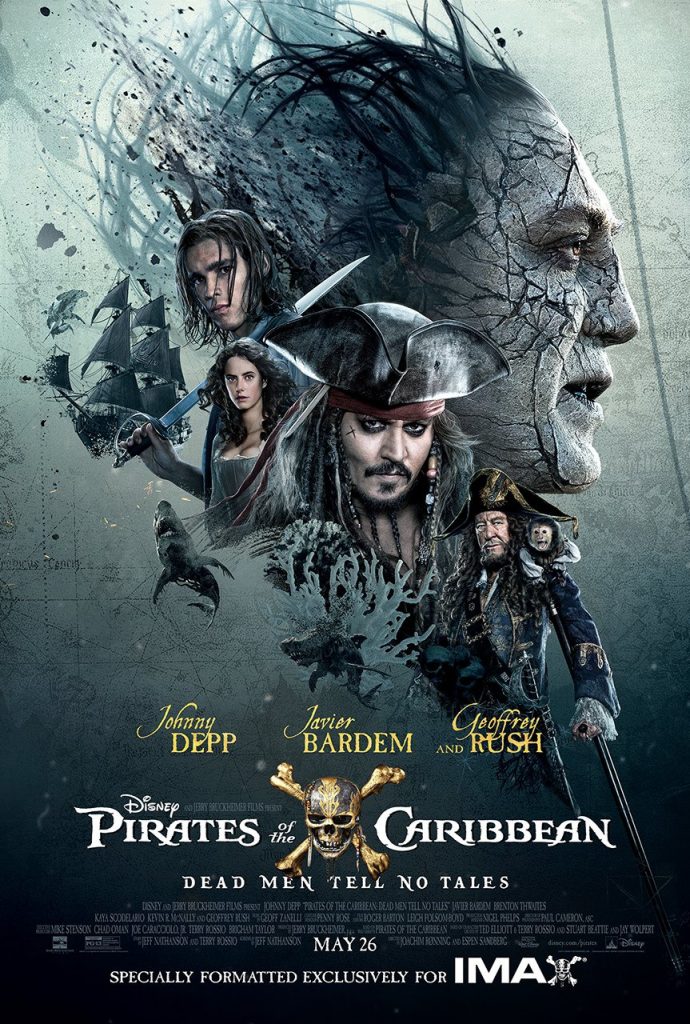 I find it difficult to imagine that five movies into a franchise that is fixated on the performance of one actor can continue making box office bucks. Without Johnny Depp as Jack Sparrow, the Pirates of the Caribbean movies would more than likely flop. In what has become a swashbuckling form of an Indiana Jones movie, the latest entry, Dead Men Tell No Tales, concerns the recovery of the Trident of Poseidon, a magical weapon that grants the power over the seas and can end the curse of dead pirates everywhere.

The first movie in the franchise had charm, wit and all the trappings you expect in a movie that cost $8 or more for admission. The first movie comes highly recommended. The sequels that followed were clearly a cash grab for the Walt Disney Company. Thankfully, while Depp still prances about stumbling drunk, slurring his words and making salacious remarks about the ladies, this one comes as close to the fun of the original entry.

Moviegoers may be getting tired of the same formula. Reports that opening weekend made less than the prior films comes as no surprise. But the cow is still producing milk and Depp needed another winner in the box office to command his salary for appearing before the camera.

I guess what I am saying is that while this entry had cute one-liners from Jack Sparrow that was part of the charm of the first movie, the plots have declined in quality and becomes cookie-cutter formula. The special effects are a highlight but with today’s technology catching up with computers what is supposed to represent zombie sharks and pirate ghosts look fake based on the resolution of the projection on the screen.

Maybe Disney needs to consider other films with lower budgets that are based on theme park rides. “The Country Bears: The Land of Milk and Honey” and “Splash Mountain: The Saga Continues” would have been better fare than a franchise losing momentum.

There is a teaser sequence following the closing credits, setting up the stage for another sequel, but who and what won’t be revealed as a spoiler.

It’s official! Adam West and Burt Ward (along with the lovely Julie Newmar) are returning in a brand …