I feel as though I’ve said this a lot, but Season 10 of Doctor Who has consistently been one of the more enjoyable periods in this recent iteration of the titular Time Lord’s adventures. Each story seems to compliment its predecessor without ever overshadowing whatever may succeed it.

Every season it’s a given to expect the occasional two-part episode to maintain the interest of, particularly casual fans. Season 10 decided to catch everyone off guard by not only setting up a more than solid part 2 in “The Pyramid at the End of The World” but then move forward even further by blowing it completely away with the almost perfect part 3. 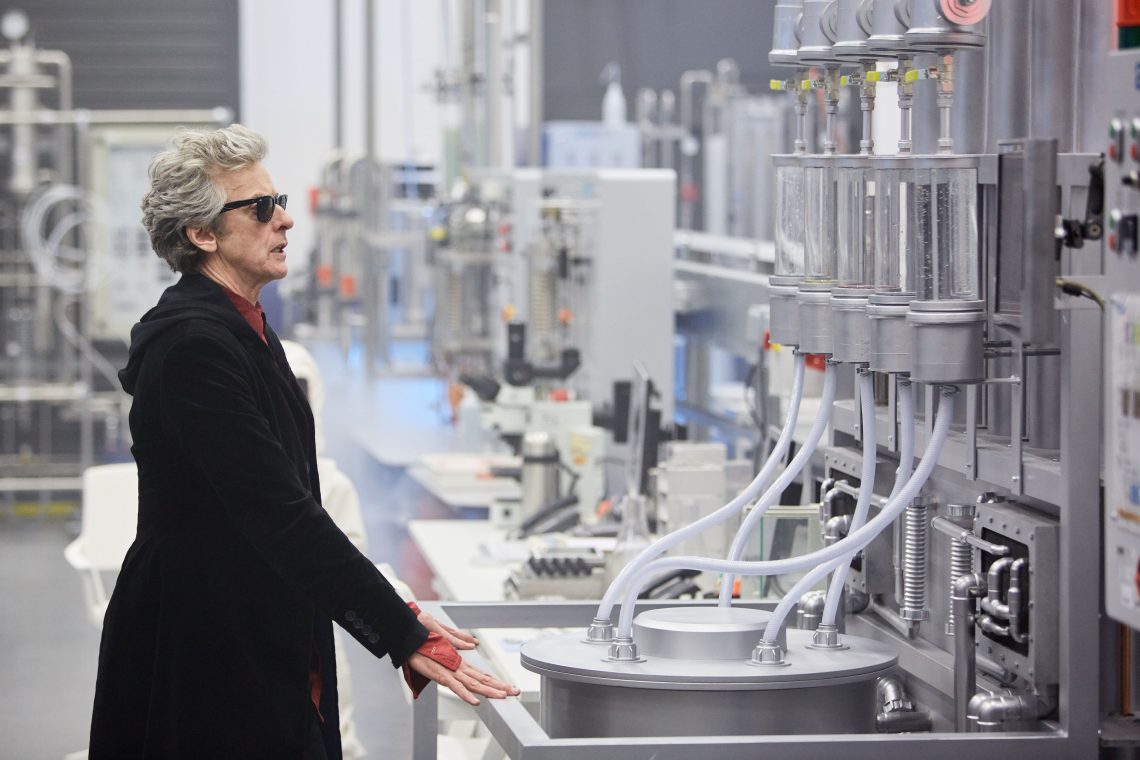 Part 2 shows the Monks coming to Earth with the warning that the end times are almost here. After assessing every potential timeline in human history through countless simulations, the Monks determine that the imminent release of a biological epidemic is the perfect opportunity to offer their services to “protect” the human race. What’s the catch I hear you ask? The catch is that someone must ask, without any ulterior motive, for their complete assistance through love and necessity. 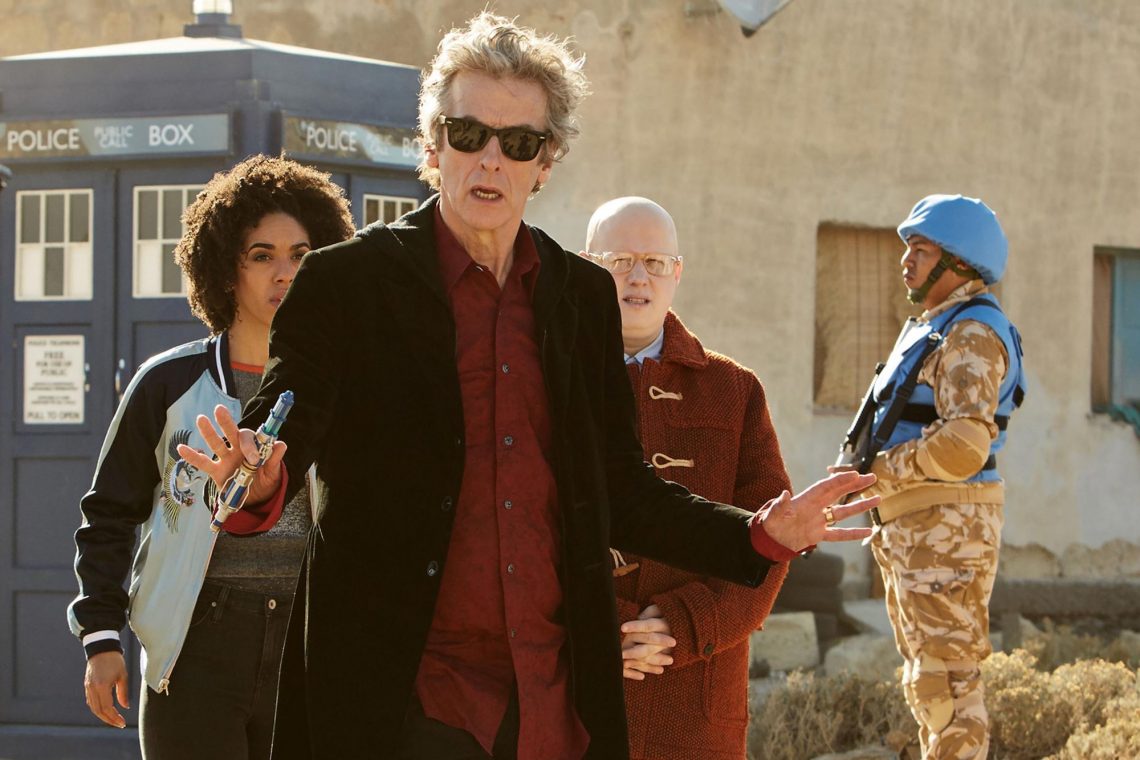 Subsequently, what followed was a race against time before the clocks around the world reach Midnight. You can be forgiven for thinking the Doctor will find that magic solution that will prevent the seemingly impossible odds. Instead, the emotional vulnerability of Bill is exploited by these would-be dominators, manipulating the fact that without their help, the Doctor, along with all of mankind, will meet their inevitable end.

After making this world-altering decision, Bill finds herself in the center of an Earth filled from top to bottom with propaganda utilized by the Monks to convince the people to believe that it was indeed them that has been the driving force behind all positive events in Human history. 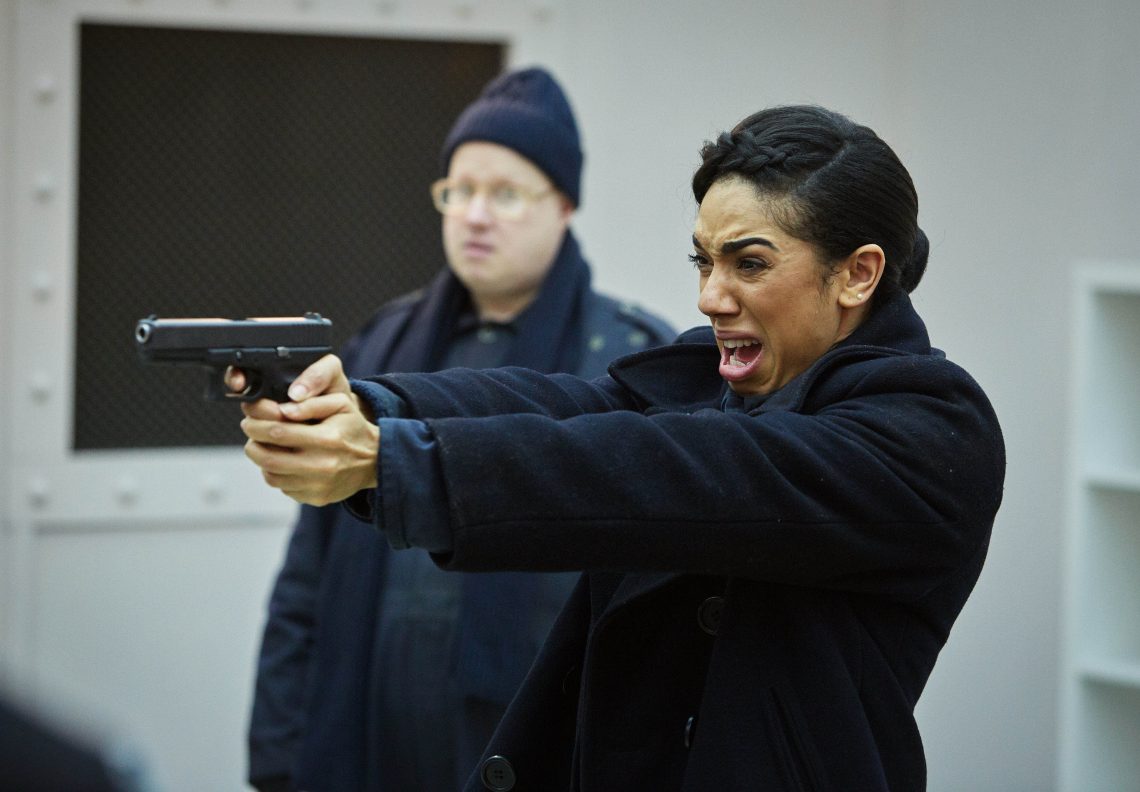 Following on from this is such an enjoyable lesson in misdirection, misinterpretation, and mystery. The Lie of the Land was honestly the first episode of this season that kept me captivated from beginning to end. Some episodes have been good, some have been great, this episode was better than all of that. Nothing has come to close to the journey in which the audience takes throughout this chapter.

Peter Capaldi, Pearl Mackie, and Matt Lucas have been consistently on top form this year, however top credit must go to Michelle Gomez as the chillingly passive Missy. Missy’s apparent transformation from master villain to wannabe hero is both unnerving and unbelievable to behold. This history that surrounds the character of the Master is as hideous as any of the bad guys in popular culture, so to see her crying over the people she has killed over the years makes for exceptional viewing.

Doctor Who is going from strength to strength as every episode goes by. What’s most upsetting is that this season will soon draw to a close and Capaldi’s tenure as the Doctor will be over. I personally couldn’t tell you who will take over the mantle once the Doctor regenerates. But what I do know is that whoever it is will have an undeniably difficult time following this class act.

After the mind bowing events of the opening 2 episodes, Star Trek: Discovery entered in its 3rd chapter …