We are now at the point in Attack On Titan: Season 2 when the finale is just a week away! So let’s talk about the penultimate episode of the season, titled “Charge”. This is most certainly one of the best episodes of the season and is a highly effective transition into the finale. A lot went on in “Charge”, and boy, the cliffhanger…*squeals with happiness* it’s perfect. It really is. But we’ll get to that in a bit.

“Charge” picks up right where “Children” left off, and it works in its favor. This season has really flowed well because all of the episodes seem connected to one another. In fact, the season feels like one giant movie because of that. Yet again, it pays off, because the previous episode and this one needed that element. That’s only the start of what I loved about this episode.

Another strong suit that carried “Charge” was the excellent writing. This season had a lot of low points when it came to the dialogue, but here, it was surprisingly good. Not a single word felt off, which was a welcome change. Each character had some really important dialogue, and while it was left out if Commander Erwin was eaten by the Titan that captured him, we’ll probably find out next week.

While all this is happening, Eren is gagged and being guarded by Bertolt on the back of Reiner. Erwin leads a large group of Titans towards Reiner, and they descend upon him. In his struggle, he lets Eren and Bertolt go, and the former is rescued by Mikasa.

However, their break isn’t long, as a new group of Titans appears, lead by none other than the “Smiling Titan”. The Titan responsible for killing Eren’s mother many years ago. What will happen next will be revealed in “Scream”, the finale. 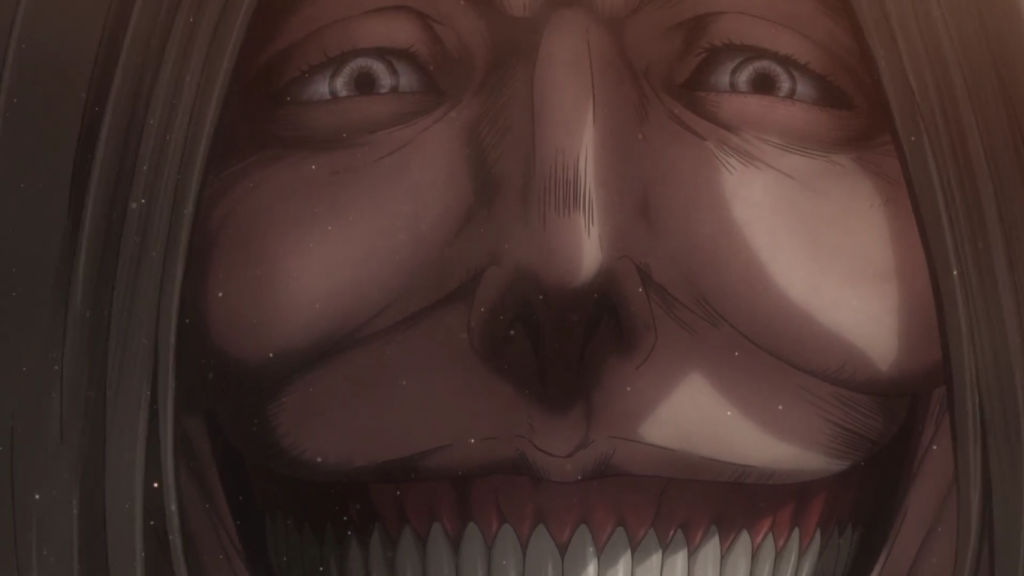 “Children” is one of the best episodes Season 2 has offered and serves as one of the best in the series as well. I cannot wait to see what goes down in the finale, and I’m going to give “Charge” a 9.5/10.

Stay tuned for my recap of the finale next week! It should be a blast! This season has been a wild ride and I can’t wait to see what “Scream” has in store for us.

Warner Bros. has just revealed the title of their upcoming sequel to their 2016 hit “Fantastic Beasts and …