Remembering Leonard Nimoy is a new documentary film which premiered in April at the Newport Beach Film Festival and airs this fall on PBS.  The film is an intimate journey into the life, legacy and personal battle with COPD, of the legendary actor Leonard Nimoy, most widely known for his iconic portrayal of Mr. Spock in the original Star Trek series. This film follows in the footsteps of “For the Love of Spock,” a feature-length documentary directed by Nimoy’s son, Adam. And, like that film, a Nimoy is at the helm once again, the newer film is produced and directed by Nimoy’s daughter Julie and her husband, David Knight.

Recently I had the opportunity to speak with Julie and David about the significance of bringing this film to life, and their mission to create awareness regarding this terrible disease.

Can you tell us a little about the documentary and what you hope to ultimately accomplish?

“Remembering Leonard Nimoy” is a film that celebrates my Dad’s life and his personal battle with lung disease/COPD. Prior to my Dad’s passing, it was very important to him to create awareness about this illness. My husband David and I are ultimately continuing my Dad’s “mission” to bring attention to this debilitating condition.

Are there particular misconceptions regarding COPD that you feel need to be addressed?

There are a couple misconceptions surrounding COPD. First, COPD is a very serious illness which affects over 25 million people in the U.S. and is currently the third leading cause of death. Next, in addition to cigarette smoking being the number one cause, there are other factors why people develop this illness. As an example: there is a genetic connection (Alpha 1), environmental factors (smog, industrial, pollution) and second-hand smoke/passive smoke.

I quit smoking 30 yrs ago. Not soon enough. I have COPD. Grandpa says, quit now!! LLAP

My Dad led an amazing and incredible life and was loved through out the world. At the time of his passing, our family received so many notes and wonderful tributes to him. David and I felt that a film/documentary that focused on Leonard Nimoy life and career, as well as his struggle with COPD, would be the perfect theme.

Who else is involved with this film, and will we see any special guest appearances?

Our documentary is centered around my Dad’s immediate family which includes, his wife Susan, his children Adam and myself, his step-son Aaron and all six grandchildren. In addition, our documentary features COPD experts as well as my Dad’s personal physician and nurse. Our special guest/narrator John de Lancie was not only a personal friend of my Dad’s but is also part of the Star Trek family as everyone knows.

Anything else you would like our readers to know about the film and your dad? What would he have thought of all of this?

My Dad was a very private man who kept his personal life separate from his public life. However, in 2014, while arriving at JFK in NY, my Dad was photographed in a wheelchair with oxygen. These images immediately went viral on the internet and the media contacted my Dad to discuss his condition. He ultimately realized that by going public, it would be an amazing opportunity to bring attention to COPD and to encourage people to quit smoking. Finally, when David and I spoke to my Dad about our film idea, he was very supportive and thought it would be a great way to reach the public. Sadly, he wasn’t able to be here to participate and to see the finished film.

Where can our readers find more information?

Julie and David, again thank you so much! It was truly a pleasure!

Don’t smoke. I did. Wish I never had. LLAP 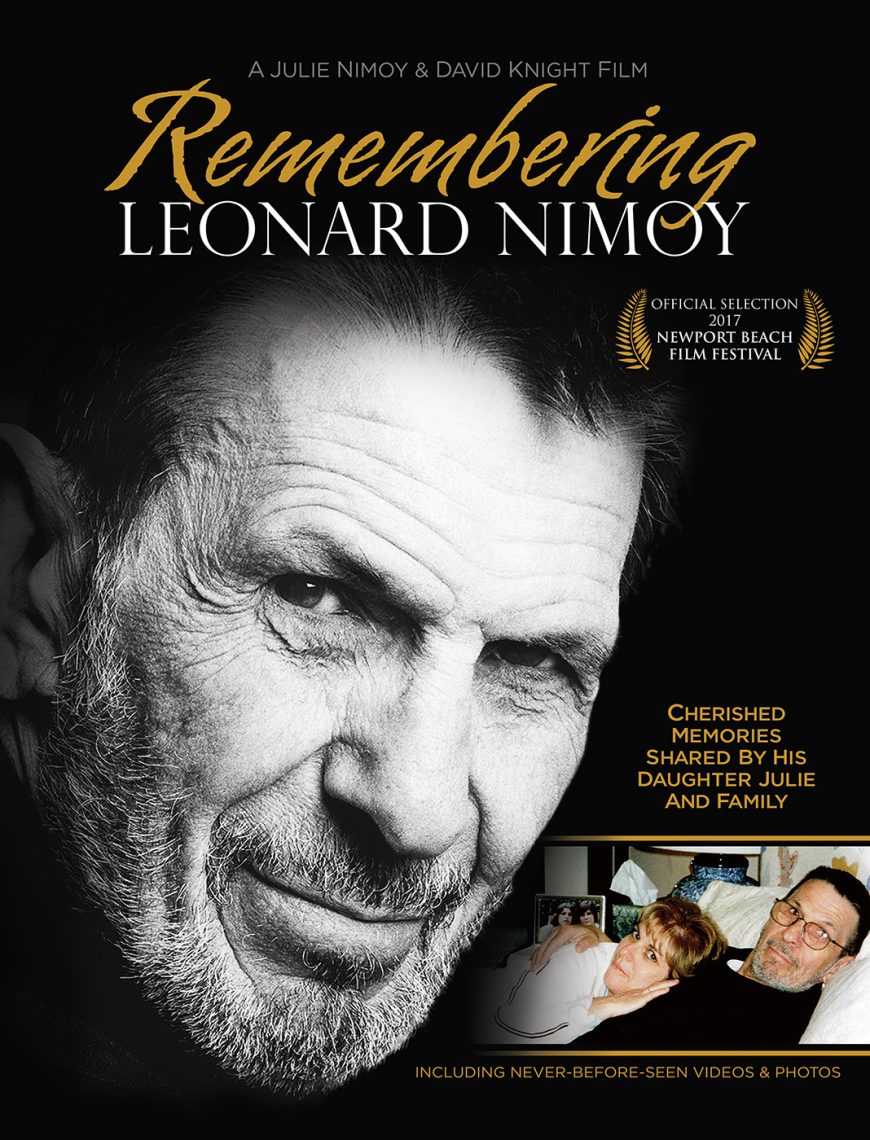 “You wanna know how I turned on you? I believed saving you and the crew was more important …

“Under stress, you become volatile. You’re a far more dangerous species than I previously believed.” The second episode …