RECAP: Doctor Who Season 10 – The Eaters of Light

I’m not sure what’s going on with Doctor Who this season. When it’s good, it is probably the most entertaining it has ever been, however when it’s bad, it’s borderline unwatchable. Unfortunately, this week’s episode 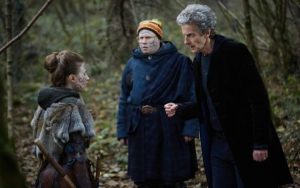 falls into the latter category.

This week’s edition of the titular Time Lord opens with a well-natured argument between the Doctor and Bill regarding the final days of the mysterious 9th Legion, a Roman contingent of soldiers that seemingly disappeared without any credible trace. Bill is adamant that her ‘know how’ is better than that of the man who has lived through literally every major event in human history, a fact the Doctor quietly keeps at bay during these exchanges.

Bill finds herself separated from the Doctor after discovering a solitary Roman Soldier hiding in the woods of the Scottish location. His reason for hiding, a monster of some nature that can deplete a human body of all light energy. What ensues is a fairly straightforward race against time to prevent these “undefeatable” from consuming the light of the entire planet. 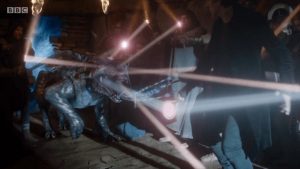 For anyone that’s not seen the last 2 seasons of The Walking Dead, each of them seemed to follow the formula of showing and doing completely nothing for 12 episodes, then suddenly ramp it up with a monumental episode just in time to create enough anticipation to force you to come back next time. It appears that the last 2 episodes of Doctor Who have decided to follow this trend.

Capaldi, Mackie, Lucas, and Gomez really do look like they are enjoying the time they spend together on screen, and their portrayal of these heavily entertaining characters clearly shows it. What seems to let it down is the continuous process of putting the world on the brink of immediate annihilation, only for The Doctor to suggest some elaborate course of action that either saves everyone in a heartbeat or sacrifices the canon fodder introduced in this episode.

Both ‘The Empress of Mars’ and ‘The Eaters of Light’ offered very little in terms of overall enjoyment and character development for 42 of their 45-minute runtimes. The only saving grace has been the final 2-3 minutes when The Doctor and Missy naively attempt to manufacture a credible conscience in The Master’s current state. 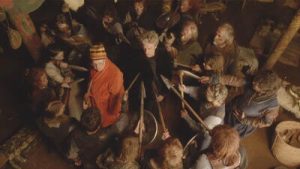 It is with a heavy heart that I write this as I’ve been a massive fan of the way Capaldi and Co. have worked together to produce such an enjoyable adventure. Unfortunately the last 2 swings of the bat have been glorious misses resulting in unnecessary pressure on what should be Capaldi’s finest hour. All I hope is that the preview of next week’s alteration of the norm brings new life to a season slowly falling off the rails.