GUARDIANS OF THE GALAXY VOL. 2 Will Be Disney’s First 4K Release

Guardians of the Galaxy Vol. 2 is heading to Blu-Ray, 3D, and get this…4K! They will be made available on August 22nd. Director James Gunn posted this to his Facebook page on July 5th:

Yes, it's true, & I am UNBELIEVABLY EXCITED to announce that, after a couple of years of me begging and pleading,…

As Gunn mentioned, this will be the first Disney film to be released on 4K Blu-Ray, a staple for collectors. Maybe this will open a door for previous MCU and Disney film 4K releases? If so, time to start saving up for the Star Wars, MCU, Pixar, and live-action films! What have you done, Disney? Anyway, here’s a glimpse at the Blu-Ray and 4K releases for this film. Enjoy! 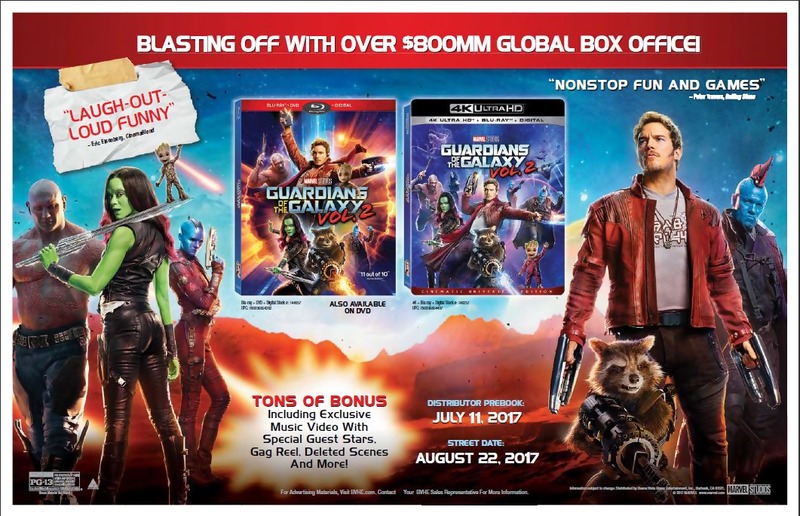 Guardians of the Galaxy Vol. 2 is finally in theaters! We can officially feast our eyes upon the latest …