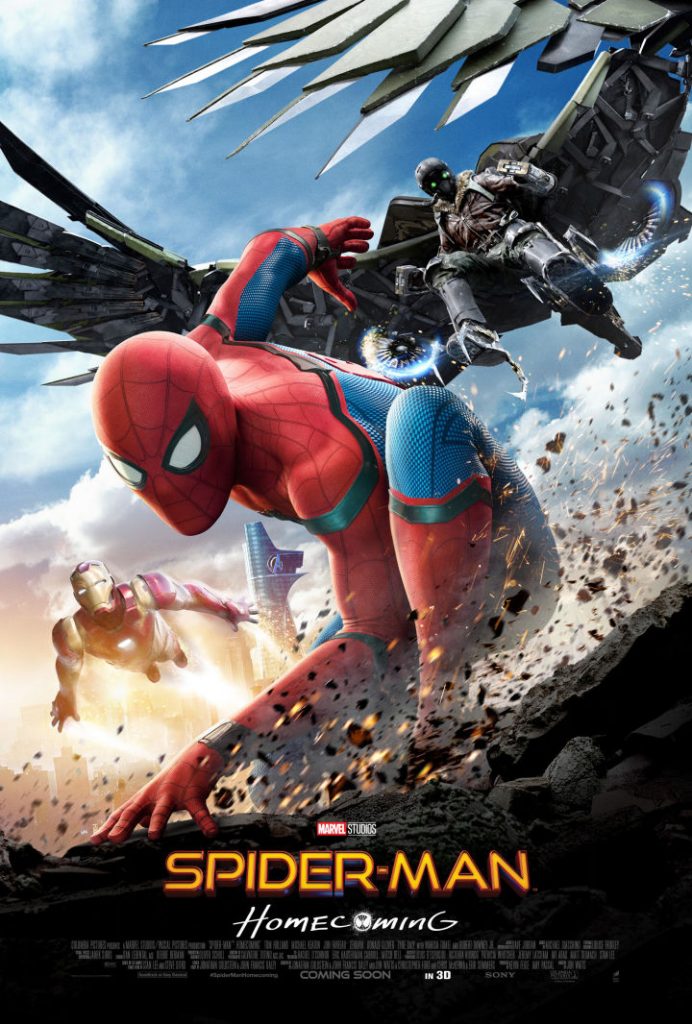 To state Spider-Man: Homecoming is the best movie to come out of Marvel Studios to date is a bit of a stretch, with the first Avengers raising the bar on superhero movies… but the latest entry in the Marvel Cinematic Universe is easily one of the three best. The studio faced a number of challenges: comparison of prior incarnations, integration into the already established Cinematic Universe, and setting the foundation and direction for future Spider-Man motion pictures. The movie could not surpass the grandiose of The Avengers but fit perfectly into the Marvel Cinematic Universe and still distance itself as a solo franchise. Sony Entertainment maintained the screen rights for Spider-Man movies and Marvel, determined to buy back what screen rights they licensed out to other film studios and maintain an in-house standard of their property, struck a deal with the studio which included distribution and a percentage of profits. Disney may own Marvel Entertainment but kudos for executives at all three studios for sitting down and ironing out a multi-studio deal with a polished product in mind.

The largest hurdle was not recasting Aunt May, Mary Jane and of course… Peter Parker. It was a story that fanboys like myself, who found the first half of The Amazing Spider-Man boring, pleaded to the gods above not to do another Uncle Ben/”With great power comes great responsibility” origin. Seriously, we know that story. We’ve seen it twice. Instead, Marvel chose a ballsy approach and told the story from the eyes and ears of a 15-year-old with rising hormones for a girl older than he, and adults who turn a deaf ear. Along the way, he encounters Adrian Toomes, a construction worker who discovers there is more profit in recovering rubble of alien wreckage from the events of The Avengers and selling weapons on the illegal arms network. There is a bigger picture here as the adults tell Parker to leave it to his superiors. There are insignificant references to the FBI, a grand move of The Avengers, and inner workings of law enforcement that are not revealed to Parker. Law-enforcement has always been a need-to-know basis and like Parker, we the audience are not exposed to the bigger picture. The viewpoint of the story is told from a teenager’s perspective. Like any teenager, we believe the big boys are patting him on the head, giving him a cookie and ordering him to go home. So Parker investigates and in the process meddles (more than once) with Adrian’s schemes.

Villains have been a weak spot in many of the Marvel movies. No motivation for why they wanted to create chaos. Just what was the agenda for the Dark Elves in Thor 2 anyway? Here, Adrian has motivation for selling illegal arms to criminals on the street. (No spoilers here, but there can be no arguments for a father wanting to provide for his family when the Department of Damage Control closes down his city contract, forcing him to lay off workers who also relied on the paychecks to support their own families.)

Peter Parker is driven to succeed and prove himself worthy of becoming a member of The Avengers. At the same time, balancing his need for impressing the girl of his dreams and keeping his big secret from Aunt May. This is a coming-of-age story with Aunt May providing romantic advice on the evening of Peter’s Homecoming dance, and Peter choosing between the girl and his new responsibilities. Who would have thought a coming-of-age story would fit perfectly with Spider-Man?

To compare this film with the five prior Spider-Man movies is futile. Even with an alt-origin story, recasting the roles and a new production company at the helm, the plot alone makes this film stand far away from the others. Employing the least amount of screen time for action sequences, minimizing the climactic battle between Spider-Man and The Vulture (reprising issue #33 of The Amazing Spider-Man), Peter’s high school struggles are obviously more weighty than his crime-fighting agendas. These, along with the fact that six scriptwriters were involved with the screenplay you would think Spider-Man: Homecoming would fail on so many levels. But it seems like every five minutes something new was added to the fold: a twist to the story, a revision to the legend and lore, Easter eggs, even a comedic moment worthy of a vulgar word in the last second of the film.

Kudos to Marvel for not injecting stereotyped dumb high school students in this movie: even bully Flash Thompson is a whiz at science. Kudos to Disney for injecting an obvious product placement (a Lego Death Star) without distracting us from the story. For anyone curious as to why the girl of Parker’s dreams is named Liz, she was the love interest in Amazing Fantasy #15, the debut of Spider-Man in the comics. (If you visit the theater with a friend, you can impress them with that knowledge if they ask why Liz and not Mary Jane Watson.)

Marvel is not out to win Oscars for their movies. Their goal is to produce popcorn movies for sheer entertainment. In this latest Spider-Man entry perfection is accomplished with simplified story-telling. Marvel spent their first few years feeling their oats, introducing us to superheroes and their abilities. It is obvious they are now focusing on the craft of telling a good story. After all, is that not the reason we bought and read the comics over the years? On many levels, this may be a perfect Spider-Man movie. With a superhero widely used more often than his counterparts, Marvel chose to take us down an unfamiliar path… and the sequel cannot come too soon.

There are two post-credits sequences so you do have to stay all the way to the very end of the closing credits. (Do not follow the select few in the theater who get up and walk out before the credits finish, unaware that Marvel likes to provide us with teasers.)

At the world premiere of Titans, held in conjunction with New York Comic-Con, DC UNIVERSE unveiled a new trailer for the …

Hulu has just announced the additions they’re making to their streaming library in February! Film favorites like A Fish …