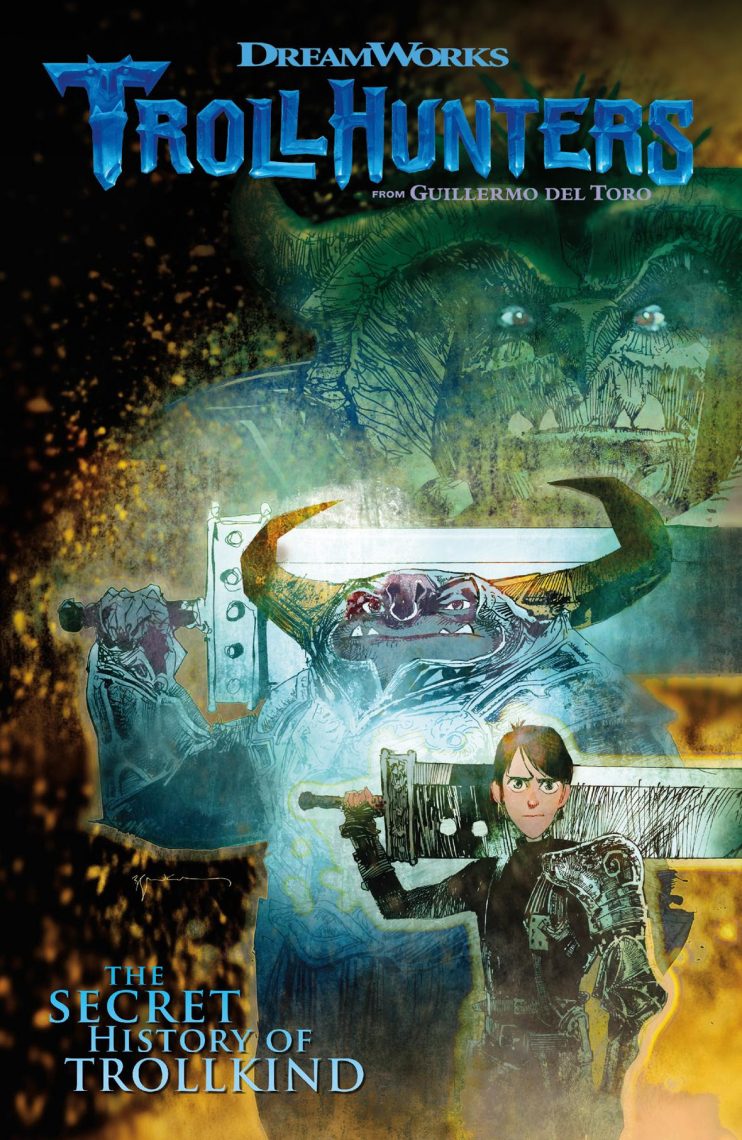 Connecting directly to the Netflix original series from DreamWorks Animation Television, Trollhunters, the original graphic novel from Dark Horse Comics, Trollhunters: The Secret History of Trollkind explores Jim’s journey as the first human Trollhunter—defender of good Trolls. The secrets of the great Troll warriors of the past are crucial tools for the new Trollhunter, and the time has come for Jim to appreciate the battles of Kanjigar the Courageous, who through his own struggles, triumphs, and failures lead the Trolls after the Battle of Killahead Bridge through unknown territory, across oceans and continents, and past fearsome foes!  With his friends by his side, Jim continues the fight against the Gumm-Gumms and their allies!

Trollhunters: The Secret History of Trollkind goes on sale February 14, 2017, and is available for preorder on Amazon, Barnes & Noble, and at your local comic shop. Visit DarkHorse.com for more information.