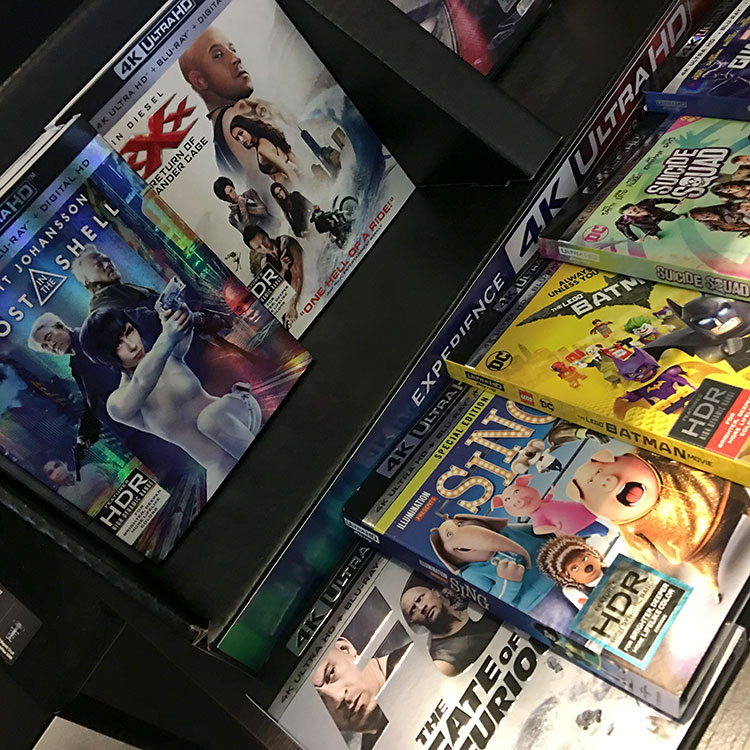 There were lots of off-site experiences to choose from during San Diego Comic-Con. One of those was the Future of Home Entertainment experience located at the Hard Rock Hotel Lobby. In the booth, there was a setup displaying all types of in-home entertainment technology which included VR experiences and a 4K Ultra HD Blu-ray with HDR and 4K monitor. Additionally, there were props and costumes displayed. 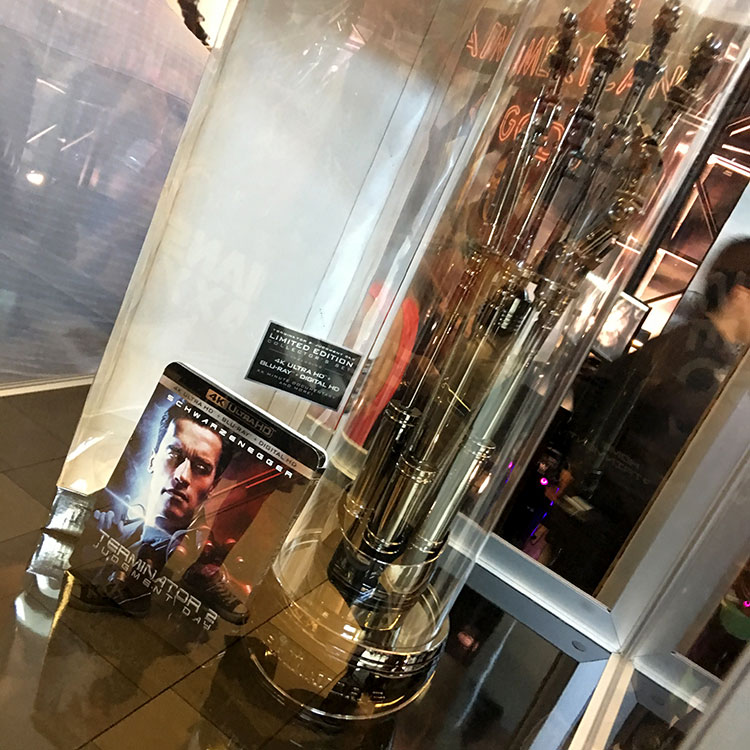 Encased in glass was the Terminator 2 : Judgement Day Endoarm Collectors Edition 4K Ultra HD. And yes it comes with your very own replica of the T-800 EndoArm mounted on a uniquely-numbered stand with James Cameron’s signature. The item releases October 3rd and is ready for pre-order on Amazon.

The companies that brought this booth to life were The Home Entertainment divisions of top Hollywood studios 20th Century Fox, Lionsgate, Paramount, Universal, Walt Disney, and Warner Bros. along with hardware partners from the Blu-ray Disc Association and Sony Electronics.

Second Union was invited to the Future of Home Entertainment booth located in the lobby area of the Hard Rock hotel. There were a couple of chairs set up to give fans the immersion experience and showcase the ability to have the same setup in their home. I had the unique opportunity to test one of their VR experiences and I chose to play a Suicide Squad VR game. You pick your character and using the simple click/touch of the pad on the Samsung Gear VR for gunfire or hand on hand combat. The objective of the game is to survive level after level of enemies coming for you. I learned a little too late in the game the way to gain health by picking up dropped health items. Still made it level 7. It was a fun game showcasing the portable VR technology. 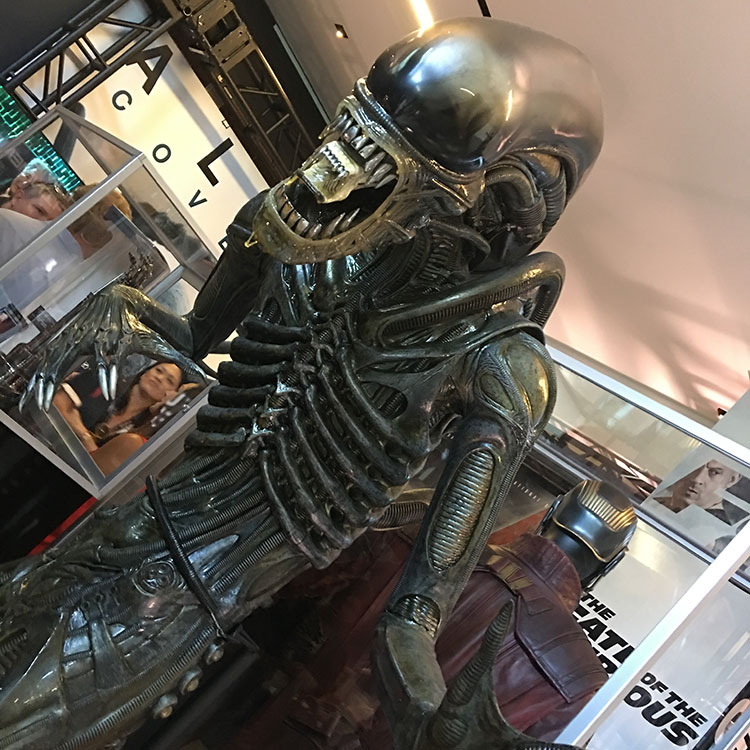 Next, I climbed into a chair shaped like a pod to partake in the Alien: Covenant VR experience. The host did warn it was very graphic in nature. In this experience, you are the alien being birthed by a living host. With this VR experience, you really do feel like you are inside of someone’s body.

The VR experiences and 4K Blu-rays are available now, so you can enhance your at-home viewing experiences with the latest entertainment technology, innovative and viewing platforms.