REWIND: The Adventures of Ichabod and Mister Toad (1949) – Movie Review 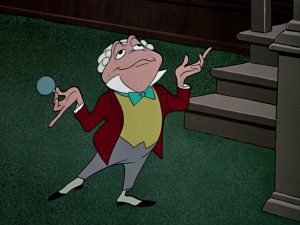 It’s safe to say that when somebody mentions Disney, there are many films that come to mind. This? Not one of ’em. Continuing my Disney reviews, The Adventures of Ichabod and Mister Toad is still an alright film…it’s just not as memorable, magical, or fun as some other entries. I don’t want to unnecessarily hate on this film, because like I said before, I think that under the surface, the film is okay. Everything else Disney had produced before this came along was just much better.

If I had to pick which segment of this film is better, I would not be able to choose. In terms of characters, story, writing, and overall quality they’re about the same. Some might say that the one upside Legend of Sleepy Hollow has over Wind in the Willows is the animation, but even there, the match is tied. The animation isn’t bad in either of them, but think about what Fantasia accomplished nine years prior. None of the animation in this film is even remotely groundbreaking. Disney had gotten better and better at animation up until this point, but this just falls flat. 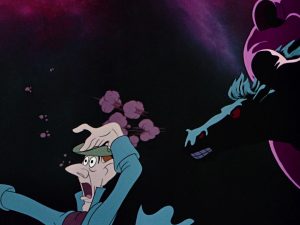 It’s sort of unfair to judge the characters in this movie because they aren’t really meant to have any development, but in the Wind in the Willows, it’s implied that Toad seems to have phases of obsession over things. I really would’ve liked to see more of that. Sleepy Hollow has almost no talking at all (save for Bing Crosby’s narration and Brom Bones’ story) but at least there’s a genuine feel of fun to it, while the Wind in the Willows ironically doesn’t.

In terms of story, these are both ones we’ve all heard before. These adaptations just prove the point we don’t need reimaginings. Can’t go back and change it now, because, well, this film came out almost sixty years ago. But this is the first film in my Disney Classics review series that I don’t really enjoy as much as the others. And it surely won’t be the last.

While it isn’t the worst film Disney has ever produced, it isn’t the best either. If you’re looking for one of the more overlooked Disney films, don’t waste your time on this one. With so-so character development, storytelling, and animation, this is one of the most forgettable Disney films ever. Even the music isn’t great. I’m going to give the film a C.

Baby, it’s cold outside. I can think of no better time than now to find your favorite spot …