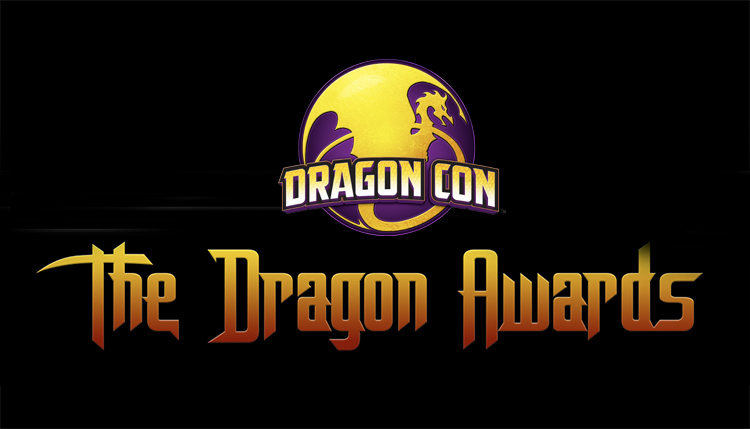 The Dragon Awards are decidedly a “fans’ choice” award. All fans – not just Dragon Con members or attendees – are invited to select the Dragon Award winners by voting – for free – on the second annual Dragon Awards ballot. The full ballot can be accessed here: awards.dragoncon.org/2017-ballot/

To vote, fans much register on the Dragon Awards website: http://application.dragoncon.org/dc_fan_awards_signup.php   Ballots are then emailed to registered voters a few days later.

“We believe strongly in the principle of one fan, one vote,” said Pat Henry, president of Dragon Con, Inc. “We believe that the vast body of fandom is in the best position to identify and recognize the most beloved works in science fiction and fantasy today.”

Henry went on to encourage every fan to go vote for their favorite works.

“We all know that a determined minority can carry the day when not enough people vote,” Henry said. “For that reason alone, we think it’s critical that fans everywhere vote for the books, games, comics and shows they love.”

The Dragon Awards were introduced in 2016 as part of the 30th Anniversary of Dragon Con, Atlanta’s internationally known pop culture, fantasy, sci-fi and gaming convention.

To accommodate as many creative genres as possible, awards will be given in each of 15 categories covering the full range of fiction, comics, television, movies, video gaming and tabletop gaming. Winners will be announced on Sept. 3rd at Dragon Con, which will be held September 1 to September 4, 2017 in Atlanta.

The ballot was selected in an open nomination process. Using the dedicated Dragon Awards website, fans were invited to nominate one (and only one) of their favorite properties in any or all the award categories.  Nominations ran from early April until July 25. The best and most popular of the nominated properties were elevated to the ballot.

All voting will be done electronically and only on the Dragon Awards site. No memberships or other qualifiers are required, making the voting open to all of the fans of all forms of science fiction. Fans have until Monday, August 28that 11:59 p.m., Eastern, to register.  Voting ends 24-hours later, on Tuesday, August 29th at 11:59 p.m., also Eastern.

Further details are available on the awards website awards.dragoncon.org. Please direct all inquiries to dcawards@dragoncon.org or mail them to: Dragon Awards, PO Box 16459, Atlanta, GA 30321-0459 USA

A Sea of Skulls by Vox Day
The Heartstone Thief by Pippa DaCosta
Beast Master by Shayne Silvers
Dangerous Ways by R.R. Virdi
Blood of the Earth by Faith Hunter
Monster Hunter Memoirs: Grunge by Larry Correia and John Ringo
Wings of Justice by Michael-Scott Earle

The Hammer of Thor by Rick Riordan
A Court of Wings and Ruin by Sarah J. Maas
It’s All Fun and Games by Dave Barrett
Defy the Stars by Claudia Gray
Rachel and the Many Splendored Dreamland by L. Jagi Lamplighter
Firebrand by A.J. Hartley
Swan Knight’s Son by John C. Wright

The Last Days of New Paris by China Mieville
A Change in Crime by D.R. Perry
Witchy Eye by D.J. Butler
1636: The Ottoman Onslaught by Eric Flint
No Gods, Only Daimons by Kai Wai Cheah
Fallout: The Hot War by Harry Turtledove
Another Girl, Another Planet by Lou Antonelli
Breath of Earth by Beth Cato

Live and Let Bite by Declan Finn
Donn’s Hill by Caryn Larrinaga
The Hidden People by Alison Littlewood
The Changeling by Victor LaValle
A God in the Shed by J-F Dubeau
The Bleak December by Kevin G. Summers
Nothing Left to Lose by Dan Wells
Blood of Invidia by Tom Tinney and Morgen Batten

Guardians of the Galaxy Vol. 2 directed by James Gunn

Final Fantasy XV by Square Enix
Titanfall 2 by Respawn Entertainment
Mass Effect: Andromeda by Bioware
Dishonored 2 by Arkane Studios
NieR: Automata by PlatinumGames
The Legend of Zelda: Breath of the Wild by Nintendo

Somewhere around the end of the 20th century, busyness became not just a way of life but a …