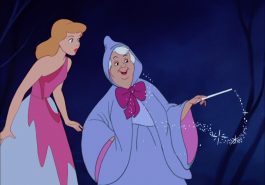 Hello. and welcome back to my Disney Classic Review series! We are now venturing into Disney’s 1950s era and of course, the first film to be reviewed is Cinderella. This film is really hard to judge, because unlike Pinocchio, Dumbo, Bambi, and, yes-even Snow White-this is the Disney film that everybody has seen at least once. It’s almost flawless, too! So let’s talk about one of the most iconic animated films ever made.

Everybody talks about how perfect this movie is, and in some respects, they’re kind of right. This is a movie that has become so well-known over time that people don’t think twice about calling it a flawless masterpiece. However, there are some flaws underneath the surface, at least for me. For instance, this film takes way too long to get to the part we all love. I mean, Cinderella’s stepmother and stepsisters leave for the ball 40 minutes into the movie. 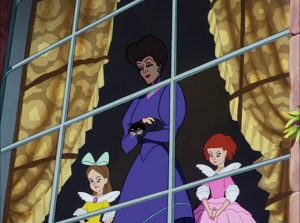 In that time, we are introduced to a host of animals, the royal family, and Cinderella’s step-family. Sure, some eventful story elements happen, but the majority is Cinderella cleaning, singing, and having her stepsisters yell at her. Also, fans of them, I’m sorry in advance, but I really don’t like the mice in this film. They’re just incessantly annoying to me. If they had normal voices, like Timothy in Dumbo, then, yeah, they’d be fine. But their voices are so high-pitched, I had to turn on subtitles to understand what they were saying.

Everything else about this movie is pretty perfect, though. The animation is beautiful, and I can’t imagine what it must have felt like in 1950 to see this for the first time. Disney tends to have color palettes for each film, and this is one of my favorite because even though it’s an odd mix of different colors for the costumes and backgrounds, it somehow pays off great. The writing is, admittedly, nothing stellar, but the music is amazing. “Bibbidi-Bobbidi-Boo” and “A Dream is a Wish Your Heart Makes” are two of the best Disney songs ever, hands-down.

Cinderella isn’t as perfect as some make it out to be, but it sure is close. Annoying characters and filler story elements aside, this is one of the most beautiful animated films ever made. I’m going to give it an A-.

In this new trailer released yesterday, Drew Barrymore and Justified’s Timothy Olyphant are the typical suburban couple. Except she’s …