Marvel’s Guardians of the Galaxy: The Telltale Series Now Available For Download

August 22, 2017 • Posted under: Insert Coin(s), Trailers by Jeff Andrews
Tags: Adam Harrington, Brandon Paul Eells, Emily O'Brien, Marvel Entertainment, Marvel's Guardians of the Galaxy: The Telltale Series, More Than a Feeling, Nolan North, Scott Porter, TellTale Games
SAN RAFAEL, Calif., Aug. 22, 2017 – Award-winning developer and publisher of digital entertainment Telltale Games, along with Marvel Entertainment, today launched episode three of Marvel’s Guardians of the Galaxy: The Telltale Series. The third of five episodes, ‘More Than a Feeling’ can now be downloaded for $4.99 USD or equivalent on PlayStation®4 computer entertainment system, Xbox One®, the App Store®, Google Play™, Windows PC, and Mac.
After tracing the origin of the Eternity Forge to a mysterious temple, the Guardians encounter an eccentric being who might hold the key to unlocking the relic’s true power. But with Gamora and Nebula busy wrestling with the past and Hala still bent on reclaiming the Forge by any means necessary, it falls to Star-Lord to make a crucial decision that could change the fate of the galaxy — and the Guardians — forever. 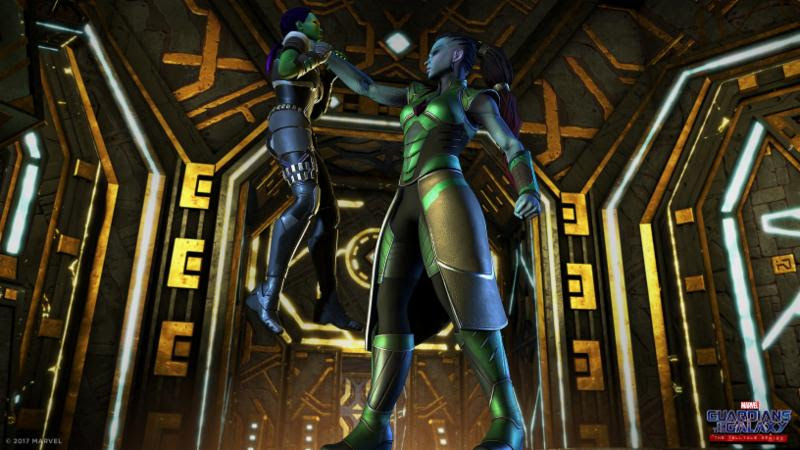 The series is available as a special ‘Season Pass Disc’ at retailers across North America for an MSRP of $29.99 USD, as well as retailers elsewhere across the globe. The special ‘Season Pass Disc’ includes episode one ‘Tangled Up in Blue,’and grants access to download the subsequent four episodes via online updates as they are released. Additional platforms for release are yet to be announced.
The series features a star-studded cast of voice talent, including Scott Porter (Friday Night Lights, The Walking Dead: The Telltale Series) as Star-Lord, Emily O’Brien (The Young and the Restless, Middle Earth: Shadow of Mordor) as Gamora, Nolan North (the Uncharted series, Pretty Little Liars) as Rocket, Brandon Paul Eells (Watch Dogs) as Drax, and Adam Harrington (The Wolf Among Us, League of Legends) as Groot.
For more information on Telltale Games, visit the official website, like Telltale on Facebook, and follow @TelltaleGames on Twitter.

Before he broke out on his own as Nightwing, he was Robin, The Teen Wonder!  Batman’s loyal ward …