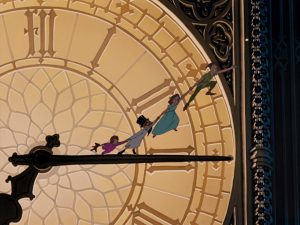 Welcome back to my Disney Classics review series! Today we’ll be taking a look at Peter Pan, a revered classic that’s also really racist. At least we’ll be looking at a better one next time because while many individuals love this film, I’m not one of them. I don’t hate it. It isn’t a bad movie. It just has a few issues that are more noticeable than in other Disney movies.

I’ll start with the good things first. Throughout the film, the music is decent and quite enjoyable at times. The animation is also pretty well-done, especially the scenes where Wendy, Peter, Michael, and John are flying through the sky. All of the backgrounds are evidently well-designed. The voice acting is also very good, and the characters sound realistic. 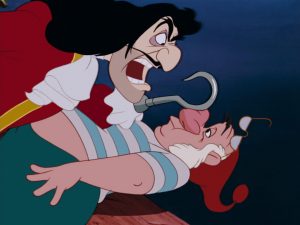 However, with pros come cons. This film is very racist. From John and the Lost Boys singing “We’re Off To See the Injuns” to the “What Makes the Red Man Red?” song, this film is plastered with racist overtones. Not really sure what Disney was thinking here.

The writing is solid, for the most part, but there are some parts where the comedy doesn’t deliver at all. There are points where the characters’ actions feel so forced and clichéd that I didn’t even care what was going on.

Peter Pan has decent music, beautiful animation, and good voice acting, but the writing is lackluster at times and the film is more racist than you might remember. I’m going to give Peter Pan a B.

In a recent interview with the Empire Podcast, Neil Gaiman stated that when he began writing the titular …

From nearly the beginning, the Arrowverse has gone to impressive lengths and broken new ground to bring their …