Well, the time has come. All four of Netflix’s Marvel Cinematic Universe heroes have come together in the fifth show in this universe, The Defenders. As can be expected, there was a very, very high amount of anticipation for this show. The trailer was awesome, and having all four characters come together looked like it was going to be amazing. This first episode was a great start to what looks like it’s going to be a great series.

The opening scene takes place in Cambodia, where we see a man dueling a very agile woman who is clearly a member of the Hand. Danny Rand (Finn Jones), a.k.a. the Iron Fist and Colleen Wing (Jessica Henwick) appear, trying to save this man. They fail, as the man is fatally wounded and Danny is unable to catch the mysterious warrior.

The new intro music is (in my opinion) one of the best in Netflix’s MCU, and the intro itself is much better than Iron Fist‘s intro, of course.

Back in Hell’s Kitchen, Jessica Jones (Krysten Ritter) is woken by a bartender (no surprise there) and as she meets up with Trish (Rachael Taylor) who lets her know that there has been an abundance of interview requests. Jessica lets Trish know not to use the “h word”, as she does not consider herself a hero. 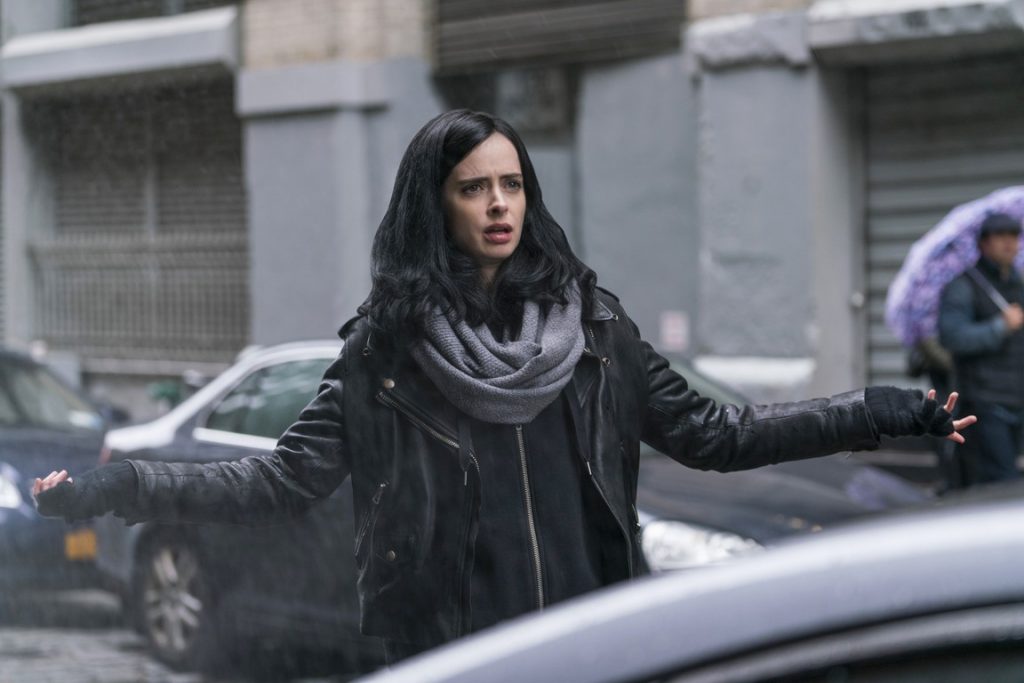 We pick up with Luke Cage (Mike Colter), who is just being released from prison. Foggy Nelson (Elden Henson), who is now working for Jeri Hogarth (Carrie-Anne Moss) asks Mr. Cage if he needs any help starting over but Luke declines the offer.

Matt Murdock (Charlie Cox), a.k.a. Daredevil is getting ready for a new court case when he hears trouble brewing in the streets. He obviously has an urge to don the red suit and stop the criminals, but he resists it. In the court, after a case where a boy was injured by a drug. After he wins the case, Karen Page (Deborah Ann Woll) appears behind him and asks if he wants to grab a bite to eat.

While Colleen is waiting on a Rand Enterprises jet, Danny is definitely having some issues. He is shown having a dream where he sees all of his fellow K’un-Lun members dead. A version of Danny adds insult to injury by letting him know that their deaths were all his fault.

We are next introduced to Alexandra (Sigourney Weaver), who is being guided through a facility and is instructed to take off her coat and jewelry. After she arrives in a secluded room, she is told that her time is short. Into the MRI machine, Ripley! 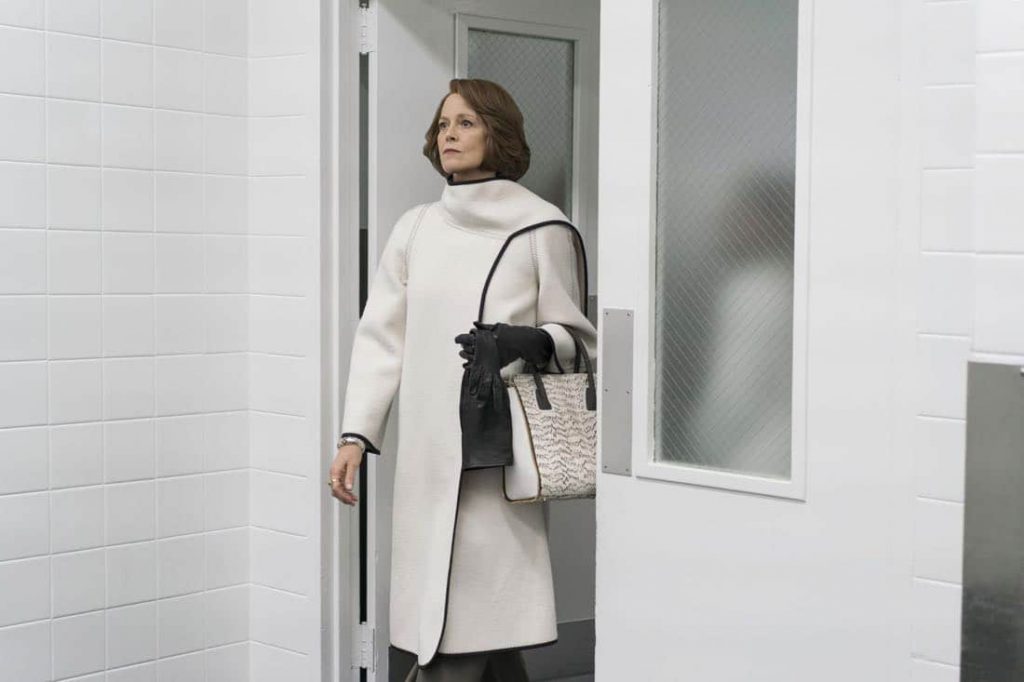 Jessica returns to her apartment only to find a mother and her daughter waiting outside her door. The mother informs her that her husband, John Raymond, has been missing for a while. Jessica refuses their offer and suggests it’s simply an affair, but as soon as she enters her apartment, she gets an anonymous call telling her not to look for John.

Luke gets off the bus, and he meets up with Claire Temple (Rosario Dawson). She asks if he wants that coffee, and we all know what that means. After they’re done, Misty Knight (Simone Missick) stops by and asks if Luke wants to take a walk. He accepts, and they head out.

Over a meal, Matt and Karen catch up. Karen explains how her journalism career is going, and Matt says that he’s happy that he told Karen that he’s Daredevil, and lies by saying he doesn’t miss it. Karen lets him know that he made the city a lot safer.

At Jessica’s place, Malcolm Ducasse (Eka Darville) stops by while Jessica is searching for leads. He traces the call, she makes one, and they have their lead.

After taking down Diamondback in Luke Cage, Luke and Misty still have to take down Mariah Dillard (Alfre Woodard) and Shades (Theo Rossi). Misty is now part of a city-wide task force, and she is investigating teenagers’ involvement in recurring crimes. One of the recent victims was the brother of Candace (Deborah Ayorinde), a dead character from Luke Cage.

Next, Matt makes a return to the all-too-familiar confession booth and Father Lantom (Peter McRobbie) reassures Matt by telling him Elektra would be proud of him abandoning his life as the Man Without Fear. 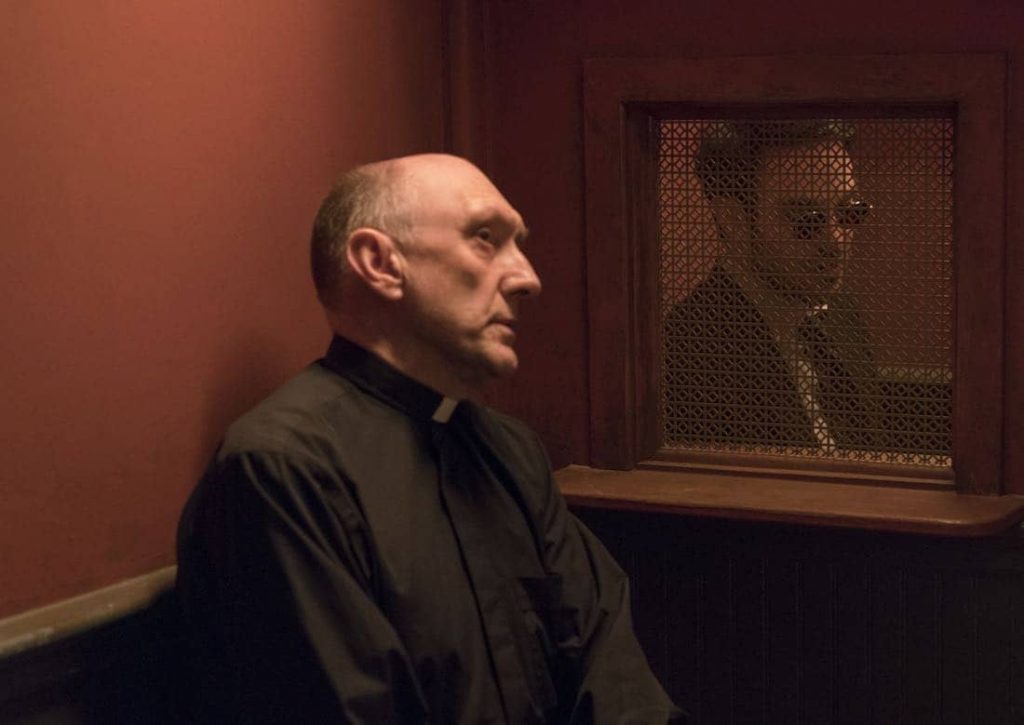 Madame Gao (Wai Ching Ho) meets with Alexandra in a park while the latter is feeding pigeons. Alexandra tells Gao to speed up progress on whatever the Hand’s evil plan is, and she has no choice but to accept.

Meanwhile, Luke heads to the apartment of Candace’s and the victim’s brother. Once he makes himself known, however, the brother clearly doesn’t want Luke’s help and Harlem’s savior leaves reluctantly.

On the case, Jessica arrives at John Raymond’s apartment, and she finds no one there, but what she does find is shocking-a bunch of explosives. Something fishy is going on here, for sure.

Alexandra is waiting on top of a building, and Gao arrives, saying that she has made the arrangements to speed up the work on their master plan.

In the episode’s final moments, Danny and Colleen arrive in New York, and Matt arrives back home. Suddenly, what seems to be an earthquake occurs. Everybody feels it, and Luke saves a woman from a falling streetlight. Alexandra turns around and comforts a hooded woman, who is revealed to be none other than Elektra (Elodie Yung). 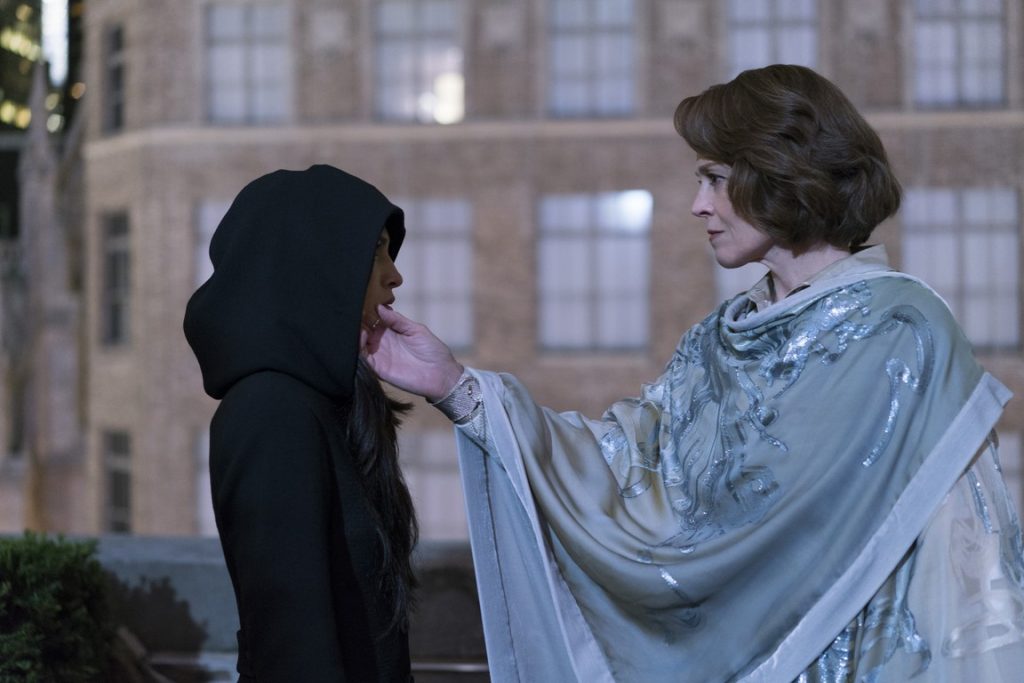 Well, your dream of swimming in a vault of gold coins at McDuck Manor may yet come true! …

The DC Comics summer blockbuster Suicide Squad will be coming to Blu-Ray later this year! Critics panned the film …