If you haven’t already, read the previous article for “The H Word”.

We begin after the sudden earthquake-like occurrence in New York. Matt is crouching on a building ledge. He hears the sounds of young robbers and a store owner chasing after them with a gun. Matt stops the owner and lets the robbers go, remarking that they’re just kids.

While Trish is walking to work, she unsuccessfully tries to get ahold of Jessica, and is stopped by a police officer before noticing a car sunken into the street. While hosting Trish Talk, callers are freaking out and one begins to infer that maybe it wasn’t an earthquake before they are cut off by her boss. 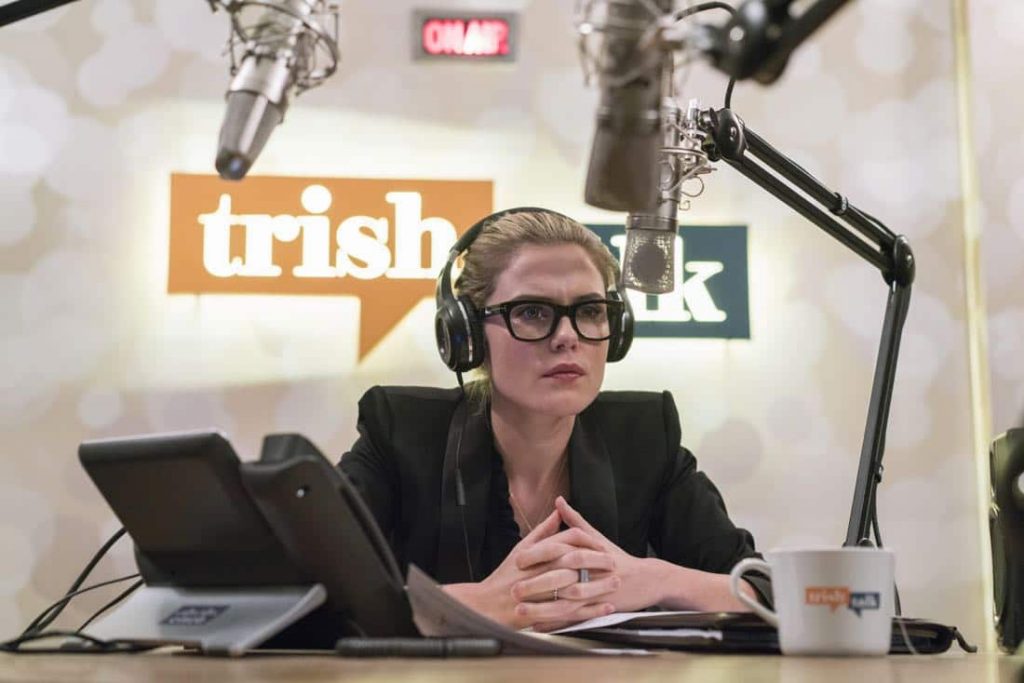 At John Raymond’s house, it’s a mess. Misty Knight arrives on the scene and meets Jessica Jones for the first time, and gets a glimpse at how hotheaded she can be. Jessica steals vital evidence and disappears before Knight can catch her.

Chikara Dojo is unaffected by the tremors and Colleen interrupts Danny meditating-wait, no-refocusing to let him know that the deceased man in Cambodia may be a sign of potential allies against the Hand. She also lets him know that the sword the man used was a Tsukamoto, one in about ten, and it was possibly given to him in New York.

Matt still isn’t holding up well, and is obviously feeling an urge once again as he opens the chest holding his red getup. Foggy calls and asks to meet him, which temporarily distracts him from the suit.

Luke is still cleaning up some of the remnants of the quake, but he wants to get more info about Harlem’s youth dying. Claire gives him a tip to go to a bar called Trouble in Paradise.

Alexandra is listening to a private performance by the Philharmonic Orchestra (and proves she’s been around long enough to know the classic composers) when Gao interrupts her and informs her of a wall blocking their progress. Alexandra says that is is actually a door, and that they just need to find the key. 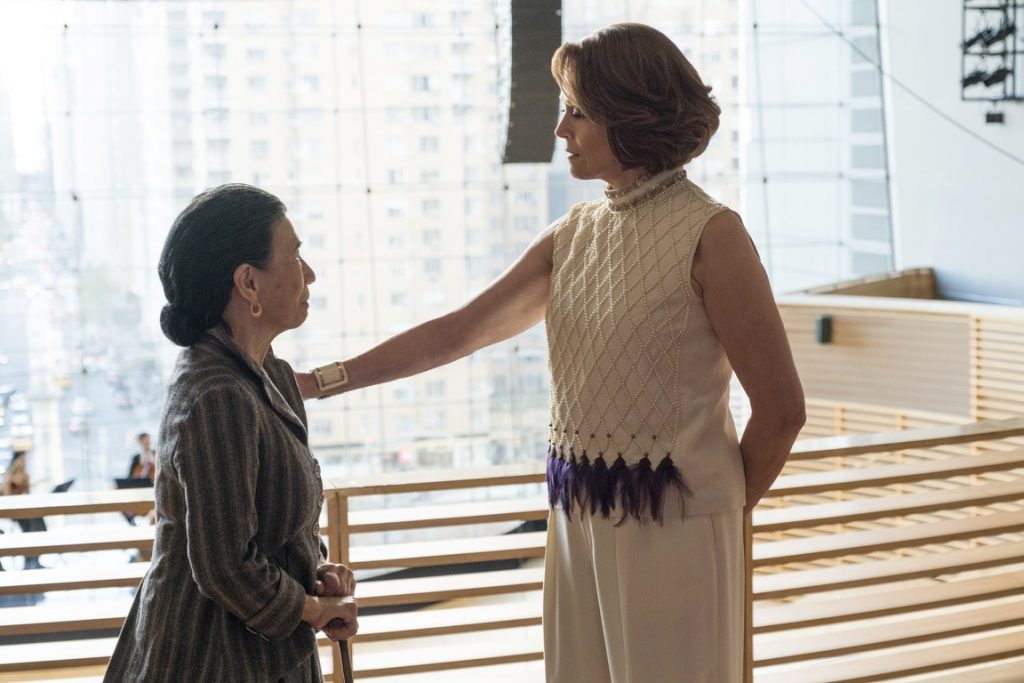 Jessica is searching through records based on the information she obtained at the crime scene. She finally gets something, but she has to go to records dating back centuries. Before she can head out, though, she is stopped by Jeri Hogarth, who insists they talk.

At a bar, Matt and Foggy are catching up. Foggy asks for updates on how Karen is doing, as well as how Matt is holding up in terms of Daredevil. Matt doesn’t need to tell him…his knuckles tell the truth. Foggy gives him a stack of cases he insists will keep him so busy that he will completely forget about putting on the suit.

Jessica discusses the John Raymond case with Hogarth, who tells her to stay away from it, as she has come upon something very big. 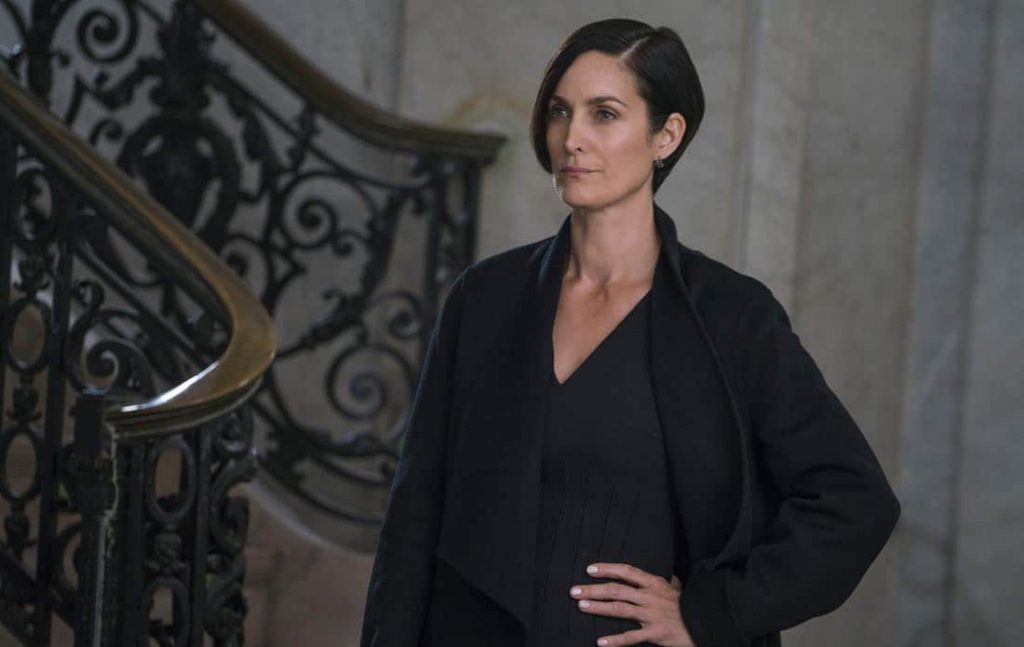 Down at Trouble in Paradise, Luke interrogates Turk Barrett, an old friend, who tells him that Mariah and Shades aren’t the ones harming kids. All he knows is that there’s someone new on the streets named Whitehead, who always wears an all-white suit.

Danny and Colleen go to the swordsmith’s shop, where they find several dead bodies, probably cut down by the Hand. Danny finds a scroll with a drawing of K’un-Lun on it. It seems as if these people had ties to it, proving Colleen’s point from earlier.

Cage finds Whitehead and calls Misty, telling her to file a warrant. While she tells him to wait, he does exactly the opposite.

Jeri tells Foggy about Jessica and informs him to keep her problems far away from the firm. She says it’s only a matter of time, as she is quite the definition of a loose cannon.

As Jessica opens her apartment door, she finds Malcolm with a gun to his head, held by none other than John Raymond.

Danny and Colleen quickly hide, as men in biohazard suits enter the room and start spraying fluid all over. To burn it down, possibly?

Jessica tries to work out the situation. John asks her if he’s with “them”, and refers to a group who wants to take down the city. Interrupting them, a sword-wielding Elektra barges in and John chooses the only (in his mind) way out-a bullet to the brain. Jessica tries to catch Elektra, but she gets away. However, Misty finds the former and brings her in for questioning.

Danny and Colleen take care of most of the men, but Danny catches one and begins to question him. However, Luke arrives and throws the Iron Fist into a fence. Danny tries to drop Luke, but is unable to defeat Harlem’s savior in an oddly funny battle which has Luke sarcastically shrugging off ever punch and kick Danny tries to land. However, Danny uses his last resort-summoning his chi and unleashing the power of the Iron Fist, sending Luke flying. 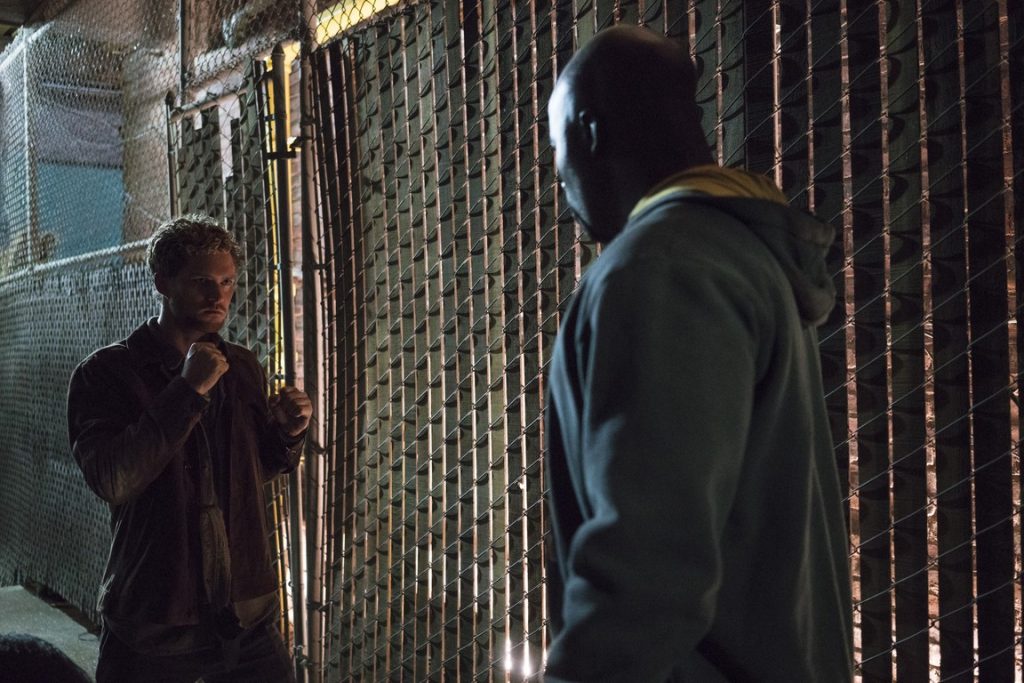 Meanwhile, Alexandra confronts a man who has been kidnapped. It’s Stick (Scott Glenn)! She lets him know that they have a lot to discuss.

Jessica and Misty are in the precinct, and the former lets Misty know that she is walking into some “weird ass sh*t”. Then, none other than Matt Murdock walks in. He’s Jessica’s attorney. 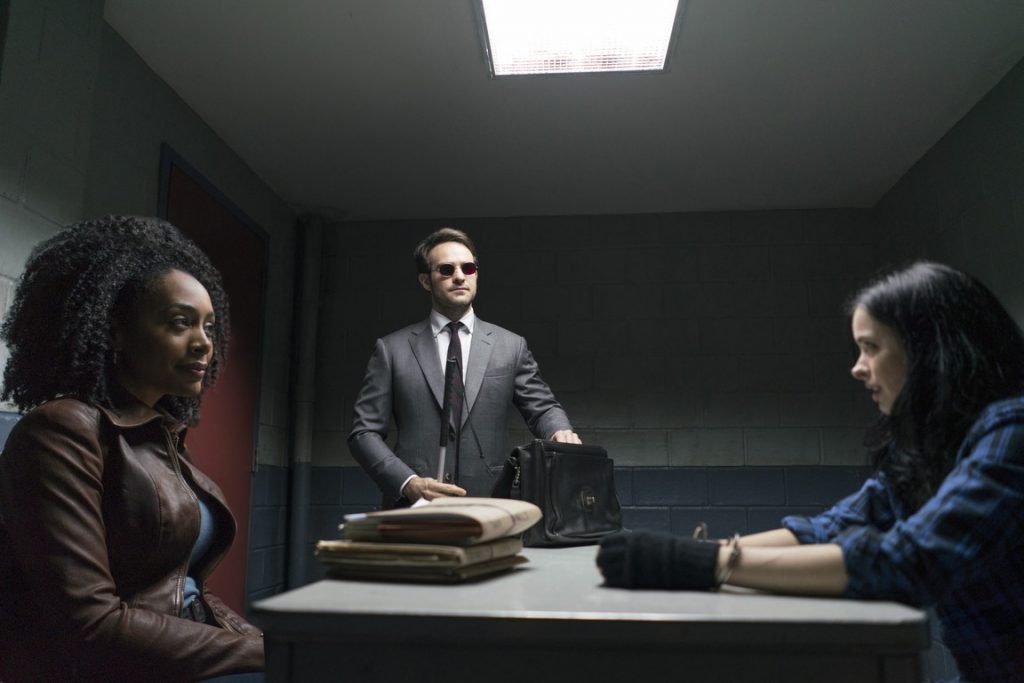 Well, December is upon us, and as we prepare to settle into the upcoming winter, we’re looking forward …