Back in the 1970’s, a company called Mego introduced multiple lines of 8-inch licensed action figures to the world, the longest running of which, the “World’s Greatest Super Heroes!” line, propelled them into the status of “pop culture royalty”. The “World’s Greatest Super Heroes!” was unconventionally a line of both DC Comics and Marvel Comics superheroes and villains in action figure form. The popularity of this line led to the introduction of more 8-inch figures based on a broader variety of film and television properties, including Planet of the Apes, Star Trek: TOS, Happy Days, Laverne & Shirley, Starsky & Hutch, The Wizard of Oz, and much more. 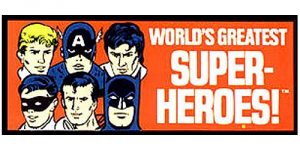 Sadly, in the early 1980’s Mego filed for Chapter 11 bankruptcy; the company officially went under in 1983. However, Mego action figures have seen a recent resurgence in popularity by collectors and are currently used in the Cartoon Network Adult Swim program, Robot Chicken.

As a collector myself, having grown up and played with Mego action figures as a boy, I was thrilled to come across a company that was manufacturing classic Mego-like 8-inch action figures and accessories reminiscent of those great figures from my past. The name of that company is Figures Toy Company. Recently, I had an opportunity to talk with Chris De Petrillo, the Chief Marketing Officer for FTC, and ask him a few questions about himself and the amazing company he works for. 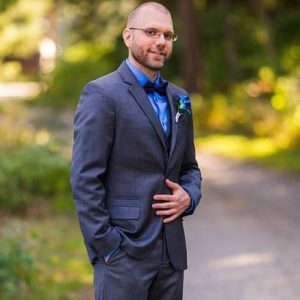 Chris, tell us a little bit about yourself and how you came to work at Figures Toy Company.

I’ve been with Figures Toy Company since 1999. I was actually hired on my 19th birthday and have been with the company ever since. From pulling orders to data entry all the way up to being Chief Marketing Officer and overseeing various aspects of the company, it’s been quite a ride. As our company grew so did my career there, and with me being such a huge fan of pop culture, FTC has always been the perfect fit for me.

Tell us a little bit about the origins of FTC? How did they come about?

FTC was originally a mail order catalog company, where you could get various action figures that were no longer available at retail. I remember the first time I walked into our office and was just blown away by the shelves full of wrestling figures, original Masters of the Universe mint on card, tons of Toy Biz Marvel and X-Men figures…it was a collector’s heaven. The evolution really began with wrestling. Before we had our current offices in Tampa, FTC was based out of Rhode Island, which as many know that’s also where Hasbro is located. We were getting some back stock on Hasbro items such as discontinued GI Joe’s and WWF wrestling figures. When the wrestling boom of the mid-90’s took place, the figures started outselling much of the other merchandise. At that point, Anthony, my boss and the owner of FTC, looked into what options he had as far as marketing or obtaining more wrestling merchandise. This led to WCW and ECW licensing FTC to produce replica wrestling belts, which then led us to the WWF and a licensing deal that lasted 13 years with them. During that time we dabbled in a variety of items, be it our own line of wrestling figures (which we’ve recently revived), our Classic TV Toys offerings of Married…With Children, I Love Lucy, and Brady Bunch Mego-style figures, and collectible figures of Elvira and Bela Lugosi as Dracula. Even with wrestling at the forefront for a number of years, we always had an interest in expressing our love for pop culture through the items we produced. Anthony grew up during the peak Mego years and I learned a lot about those figures from him, in addition to having a few of my own. Over the past few years, we’ve become quite diverse with our offerings thanks to our licensing with Warner Bros., DC Comics characters, KISS, Hanna Barbera characters, and various pro wrestling stars.

Tell our readers a bit more about the company and what you do.

As mentioned earlier, my official title is Chief Marketing Officer. I manage all of our social media accounts, work with various websites such as yours to promote our products and deliver the latest news on our products to collectors. I’m active on a number of pop culture and pro wrestling podcasts where I speak in depth about our company, our products, and my career. Promotion, advertising, press releases…anything to catch the attention of the collectors market. I also oversee the development of all of our wrestling figures and work closely with the talent that we contract for those action figures. Oh, and I managed the majority of our wholesale accounts, be it existing customers or speaking with potential new customers that want to carry our products and expand the reach of our brand. It can be hectic handling so much, but I wouldn’t trade it in for anything!

Can you tell us the process involved in acquiring a license through to final production?

Each license can be a little different to work with, as there might be different requirements. The general flow from start to finish would be that we look at what we’re able to do within the confines of that licenses. Characters available, what designs can be done, things of that nature. We’ll get that approved, and start on production. We have an amazing design team that creates such amazing costumes, soft goods, and accessories, and each action figure likeness is hand sculpted. No laser scanning, no 3D printing. Everything from Batman to Gene Simmons was literally made from scratch! Once a sample is created, we’ll seek feedback and approval, make the necessary tweaks, and once approval is granted, we move forward with mass production.

Are there any particular licenses you’d especially love to see your company acquire?

With the amazing work we’ve done with the DC Universe, I’d love to see us be able to do the Marvel Universe one day. I’m a huge Hulk fan and still have my original Mego Hulk from when I was just a little kid, so I’d love to be responsible for an updated version someday! As far as my personal “wants” go, my favorite TV show still to this day is Saved By The Bell, so that’d be a bit of a “dream license” for me.

What does the future hold for FTC? What can we expect to see in the future?

We have so much in store that sometimes even I lose track of what’s to come! New figures from DC Comics such as Firestorm and Doctor Fate, the Julie Newmar and Eartha Kitt versions of Catwoman, new series of KISS figures, the Stan Lee figure, and roughly 30 more wrestling figures are all in the works. If you’re a fan of what we’re doing then you’re not going to be disappointed with what’s coming in the near future. If you’re just hearing about us for the first time, then not only can you expect all of those amazing items, but you can visit www.figurestoycompany.com to see what you can add to your collection today!

Chris, thank you so much for the opportunity to talk about Figures Toy Company! We’ve really enjoyed learning more about the company and the processes involved in licensing and producing such amazing content.

If you attended or were even just aware of Star Wars Celebration Orlando (SWCO) last April, you couldn’t help but …

Every Wednesday the comic book Gods and Goddesses bless us with brand new books from our favorite series! …