Sony Pictures Home Entertainment has announced that it will release the Marvel Cinematic Universe film Spider-Man: Homecoming on Blu-Ray, Blu-Ray 3D, and 4K Ultra HD Blu-Ray on October 17th. There will be a Target exclusive version with bonus content and a comic book, as well as a Best Buy exclusive steelbook and a Movie+Mask Case set. 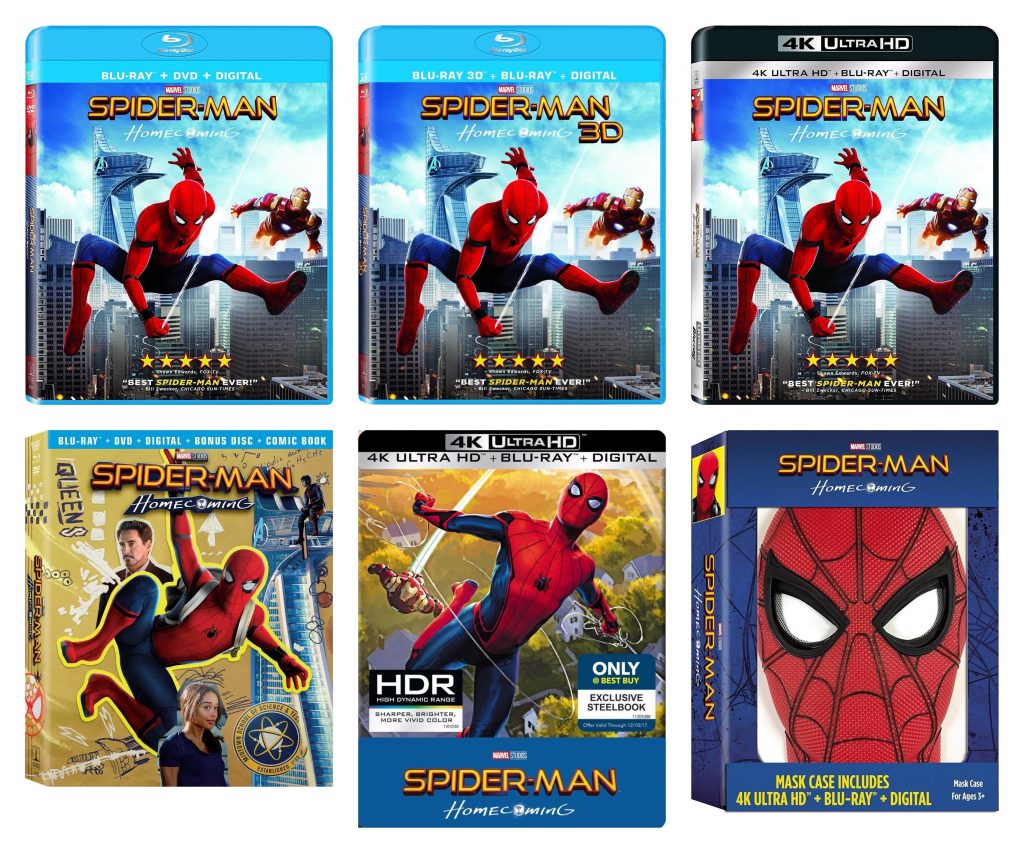 Welcome to my first Laika review – 2009’s Coraline, based on the book by Neil Gaiman. This film scared me half …