If you haven’t already, read the previous article for “Mean Right Hook”.

In the run of the mill Turkish restaurant, intricately preparing a dish for the Villainous leader of The Hand, Alexandra (Sigourney Weaver). After complimenting the quality of the dish, a member of the group enters ton inform her of their acquisition of “The Black Sky”, a revelation Alexandra has apparently been waiting a long time to hear. A quick assessment of the heavily robed corpse leads to Alexandra revealing it is, in fact, Elektra embalmed beneath the rags. It’s from here that the ritual process of resurrection commences.

Proceeding this, a slow, formulaic, method of training begins. Initially, Elektra struggles to find her strength, however, after a relatively short time, her abilities begin to shine.

As Elektra waits, Stick and Alexandra discuss the location of the current Iron Fist – Danny. Unaware of his location, Stick taunts Alexandra, goading her into refusing to do the “Torture Dance”. Stick’s confidence quickly changes as Alexandra introduces Elektra to the mix, a chance that forces him to amputate his hand and flee quickly. 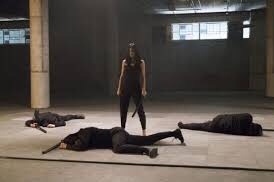 In the Police interview room, Matt tells Jessica of his awareness of her situation with regards to her powers and Kilgrave. It ends with Jessica leaving, just as mad as she was when she entered.

For the first time this episode we see Luke, Claire, Danny, and Colleen discuss with one another their origins, motives, and differences – much to the chagrin of Colleen and Claire.

Jessica decides to go to the family of the missing man she is currently investigating, she tries to discover reasons behind his disappearance and find something to help her locate him. All she finds is an award highlighting his skill as an Architectural Designer. Deciding to leave, she instantly realizes she is being followed by Matt, a realization that causes her to question how he can move the way he does as a man apparently blind. 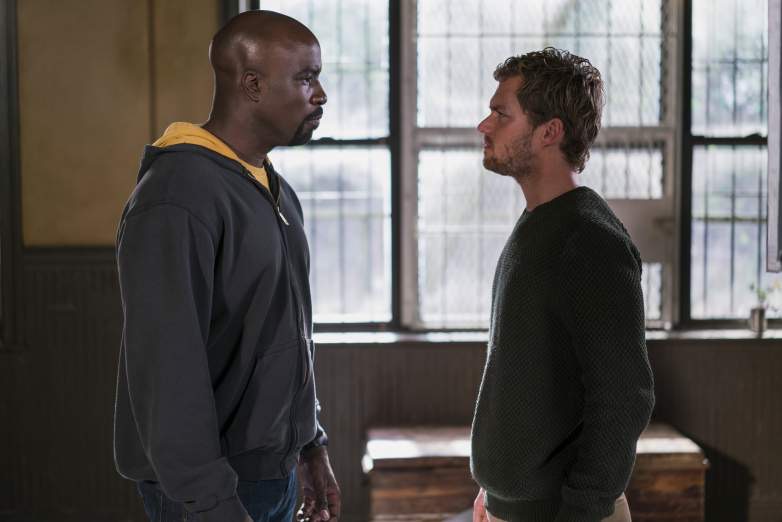 Back with Danny and Luke, and they explain their individual abilities as well as their reasons for bumping into each other the time before. Danny describes the severity of The Hand, while Luke explains the personal element that comes with something like this. As things begin to escalate, Luke becomes impatient and leaves, furious with the state of affairs.

Clearly looking for answers, Luke visits Cole in jail to express his intentions to help. Cole is unwilling to listen, stating that White Hat is too dangerous. As he leaves the meeting, Cole does ask Luke to speak with his Mom to apologize for what he has put her through.

Danny and Vanessa talk about how dangerous the Hand are, Danny questions “Why don’t I go to the top?”, stating that his position as a major stakeholder at Rand Enterprises provides a fortuitous tool at his disposal. With this newly found impetus, the two go to the Office to discover where The Hand officially operate their business. The answer? Midland Circle Financial. 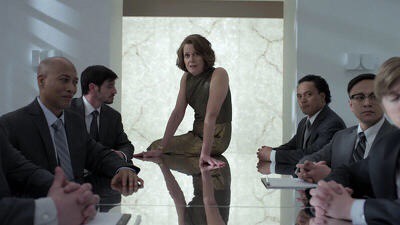 Midland Circle Financial instantly becomes the theme of the episode, appearing as Jessica fakes her way through a meeting with the missing John’s Architectural company. It appears when Luke meets with Cole’s Mother in the form of a parking ticket wrapped around a large roll of cash.

Before he leaves, Cole’s Mother receives the crushing news that her son was killed in his cell, clearly pushing Luke to do something about it.

Danny goes to Midland Circle and confronts the board. At first, the board sits passively, until Alexandra finally appears, pressing him to go on.

In the lobby, Matt and Jessica arrive. Jessica is confused how Matt can move the way he does, but all Matt can say is that she needs to leave. Danny explains the charges he holds against the Hand, stating they can’t hide, much to the amusement of Alexandra. After a quick back and forth, Danny finds himself in a battle with the Hand within the Penthouse as Matt and Jessica make their way up the many floors – Note the humorous way Jessica takes the elevator while Matt rushes up the stairs. 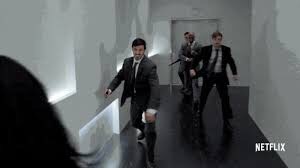 As Danny tries to fight the growing group of enemies, it appears as though he is finally being overpowered, that is until Luke smashes his way through the Door, clearly ok with using violence now. It’s here where we get the first look at the four Defenders ready for action. This doesn’t last forever however as Elektra appears to unknowingly go to battle with Matt.

As Matt realizes who he’s fighting, Elektra makes an attempt to kill him, however just as she hesitates, Danny uses the Iron Fist to knock her through the wall. As the four leave, clearly tired, Jessica asks “Who are you, People?” 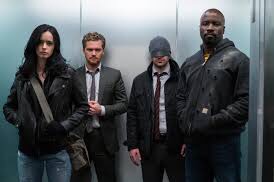 After seven movies in the Saw franchise, one had to question how Twisted Pictures was going to continue …

Rev your engines! This Baby Driver trailer from director Edgar Wright is pure adrenalin! A great soundtrack, an …