If you haven’t already, read the previous article for “Worst Behavior”.

Opening in a nondescript Chinese Restaurant, the staff look to be ending their shift as they would any other day, that is until the Defenders burst in. After convincing the owner to let them stay, they all sit down to a fairly heavy feast to discuss individual introductions and motives.

Unsure about revealing his identity, Matt turns to leave. Aware of his alter-ego, Jessica stops him from doing something he might regret. Apprehensive at first, Matt removes the scarf and introduces himself to the group.

With the Hand, Elektra is shown assessing her body in a full-length mirror. We see her looking at the bullet wounds created when she died. Before she delves too deeply Alexandra enters, explaining how her current life is brand new, her body, however, is not. “Your life is new, your body is not.” Clearly scared, Elektra doesn’t quite understand how she has died and come back. Alexandra responds, saying all that matters is how she lives this life.

Back in the Royal Dragon restaurant, Matt explains his position as the Daredevil. Luke says Misty can help, Danny, instead, suggests the four of them should work together to overthrow the Hand. Everyone is obviously apprehensive at first, but Danny is certain that this cannot be an accident. Suddenly, Matt senses something outside, just as Stick arrives through the door. 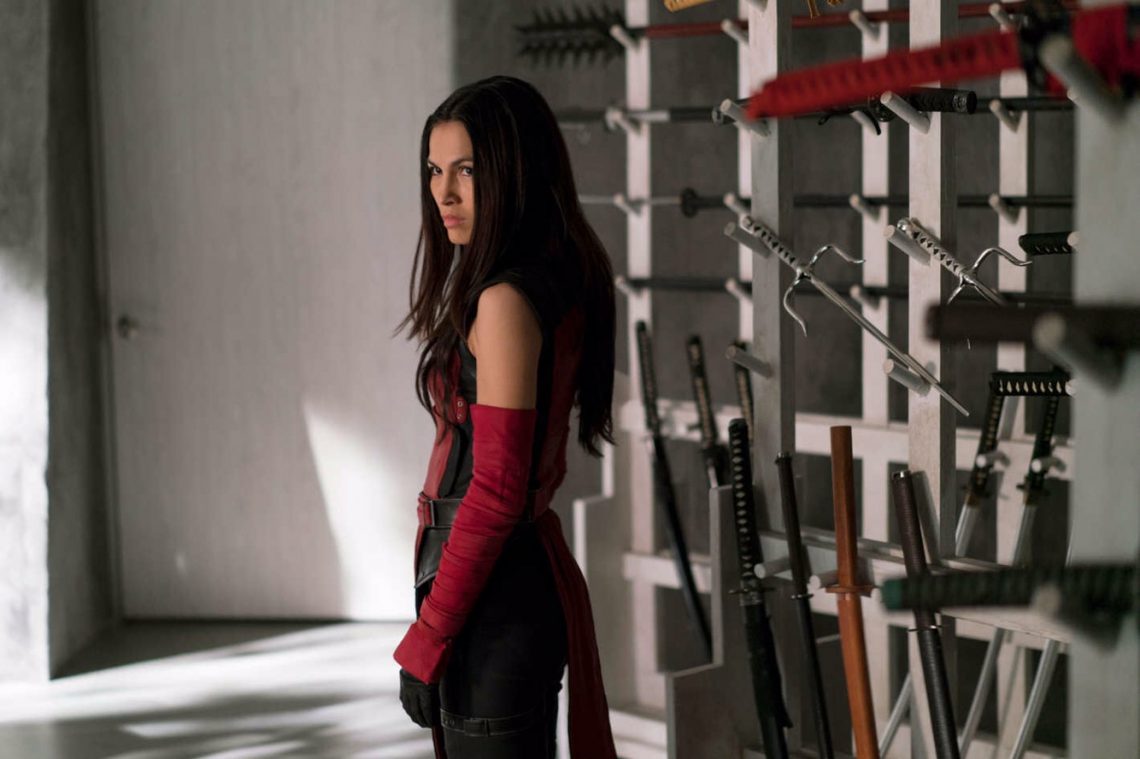 In an undefinable penthouse, Alexandra approaches a man gutting endangered Bear. Stating that all involved with the Hand should be worried about impending death. She states that the Iron Fist has returned to New York. Much to the fascination of the butcher, Alexandra insinuates that she too will have to “get her hands dirty” to ensure the survival of the group.

Back with Elektra, and we find her admiring a room full of weapons, including her traditional Sai. Behind her, White Hat begins to provoke her into a violent outburst.

Again at the Royal Dragon, Stick explains his position within the organisation, The Chaste. Stick removes Danny’s phone, smashing it in front of him. He continues to say that the tremors they felt at the end of episode 1 are nothing in comparison to what is coming. The Hand have done it before in places such as Pompeii and Chernobyl. Unimpressed, Jessica leaves. Luke tries to stop her, however, she makes him realise this is “not my problem”. Matt and Stick carry on their disdain, describing the reasons behind training Matt the way that he did, as well as his disappointment in how he turned out. 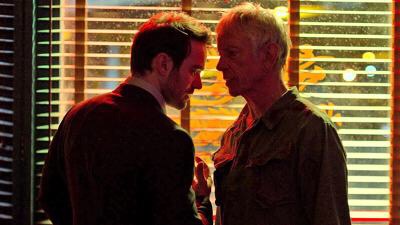 After seeing Alexandra suddenly change her plans after receiving alarming news, Jessica returns to her Apartment to start deleting the files found on her laptop, this causes her to realise that the signature on each of the document bares a striking resemblance to the former.

Stick describes the difference between the Hand and the residents of K’un Lun. The Hand want to channel their energy for becoming immortal, K’un Lun instead tried to use it for a more respectable healing purpose. He further explains that Alexandra has had many names and that the other 4 fingers of the Hand include Gao, Sowande, Bakuto, and the Guy pulling the strings behind Nobu. Danny wants to know more, however, Matt is understandably apprehensive because of history with Stick.

Jessica meets John’s wife to see how she’s coping. She states that she will arrange some protection for her and her family. This surprises the wife as there has been a car outside since a car she assumed was there because of Jessica.

Still eating, Danny suggests that he and Luke make quite a team. Luke rebukes the claim, stating “I’m not looking for a group of Super Friends”. Undeterred, Danny continues by saying they’re walking the same path, and finally, offers him the final item of food on the table in an act of good will. 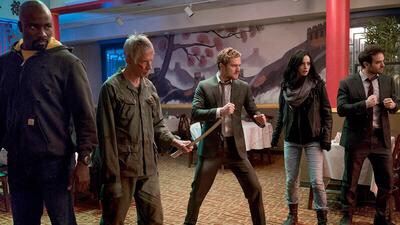 Stick consoles Matt regarding Elektra’s “resurrection”. Stick denies this, saying she is no more alive than she was before. He claims that she can be their secret from the others. Visibly shaken, Matt declares she had no heartbeat but couldn’t shake the fact that she hesitated before killing him. Stick concludes by saying that whatever’s living inside the body of Elektra will have to die.

Jessica pulls the man out of the Car outside of the wife’s house. She forces him to tell her what the radio is saying.

In the final section of the episode, Alexandra appears in Restaurant to talk “like adults” to the remaining Defenders Danny declares she tried to kill them, amused, she responds by saying that she tried to kill the others, not him. They respect him for what he is. They want to bring Light to Dark, Life to Death, much like him. She tries to introduce herself to Luke but that monumentally fails, so instead, she tries to drive a rift between the members. Noticing this, Danny asks what Alexandra wants – much the great malice of Stick.

Before anything significant can occur, Elektra again emerges as the final solution for Alexandra, however before she can unleash her wrath, the car from outside of the wife’s house comes crashing through the window to seemingly crush Elektra beneath it. The culprit, of course, Jessica Jones.

Hall H is ON FIRE! Marvel has invaded Hall H at San Diego Comic-Con this evening, lots of …

It should be noted about Quentin Tarantino’s movies… every film is completely different from the others. From a …