Welcome to the SPINNER RACK! Each week We’ll bring you our top picks from the latest comic book & graphic novel releases hitting the shelves! This is our pull list for this week! 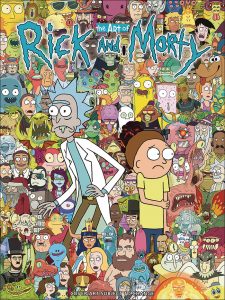 (W) James Siciliano (A) James McDermott
The animated science-fiction adventures seen in Rick and Morty are irreverent, shocking, and hilarious-from the cynical and rapid-fire one-liners to the grotesque and endearing character designs. Now, take a deep transdimensional dive into the creation of these many insane universes with The Art of Rick and Morty!

Exclusive never-before-seen concept and production art from the making of the hit animated series!
In Shops: Sep 06, 2017
SRP: $39.99 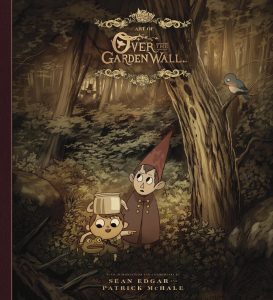 ART OF OVER THE GARDEN WALL HC

Venture into the Unknown! A complete tour through the development and production of the hit animated miniseries Over the Garden Wall, this volume contains hundreds of pieces of concept art and sketches and a comprehensive look at the show’s breathtaking production art. Also includes commentary from creators Patrick McHale and Nick Cross, interviews with the cast and crew, and more!

Never-before-seen sketches and a comprehensive look at the production art behind the multiple-award-winning show! 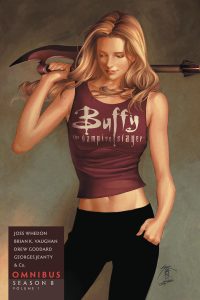 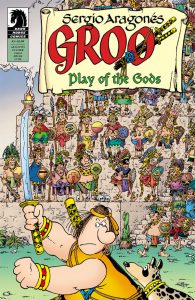 (W) Sergio Aragones, Mark Evanier (A/CA) Sergio Aragones
Okay, so here we are in a new land full of gold. We have pirates who want to seize all that gold, and we have clergymen who want to convert all of the locals to believe in their “one true God” (even if they have to resort to torture), and we have the many true gods of this world looking down on it all . . . but most of all, we have Groo, the man with the capacity to make any bad situation worse. Watch as he makes this bad situation worse in the third part of our tale by the award-winning duo of Sergio Aragonés and Mark Evanier, aided and abetted by Stan Sakai and Tom Luth.
In Shops: Sep 13, 2017
SRP: $3.99 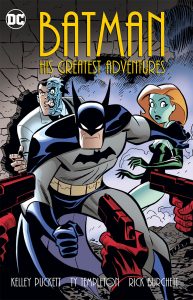 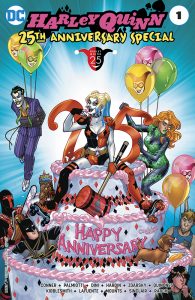 (W) Amanda Conner, Jimmy Palmiotti, Paul Dini, Chip Zdarsky, Daniel Kibblesmith (A) Chad Hardin, Joe Quinones, David Lafuente (A/CA) Amanda Conner
In a story written by Amanda Conner and Jimmy Palmiotti, with art by Conner, learn what really happened when Harley, Catwoman, and Poison Ivy hit Vegas!
Then, a tale written by Paul Dini with art by Chad Hardin takes us back to Harley’s days with the Joker to see the hell he unleashes when he makes the mistake of scheduling the biggest heist of their career on Harley’s birthday!
Plus, writer Chip Zdarsky and artist Joe Quinones pit Harley and the Joker against Batman and Robin — but while you might think the Joker knows how to play with Batman’s mind, it’s nothing compared to Harley’s ability to crack Robin’s psyche!
And that’s not all! Writer Dale Kibblesmith with art by David LaFuente put Coney Island right in the path of a hurricane — and put Harley on a collision course with Swamp Thing, of all people…monsters…things…?
This issue also includes Harley pin-up pages with art by Babs Tarr, Bengal, Dustin Nguyen and more!
In Shops: Sep 13, 2017
SRP: $4.99 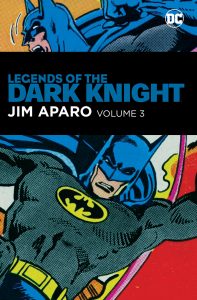 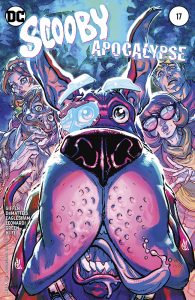 SCOOBY APOCALYPSE #17
(W) Keith Giffen, J. M. DeMatteis (A) Dale Eaglesham, Rick Leonardi, Dan Green (CA) Carlos D’Anda
Now that the mega-monster has been untangled, a small army of monsters lurks around every corner waiting to destroy the gang forever. Little do they know, the greatest threat is one they can’t see. Can Scooby’s nose save the day? Then, in our backup story, Secret Squirrel embarks on his latest mission with the help of his trusted partner, Morocco Mole.
In Shops: Sep 13, 2017
SRP: $3.99
Preview:https://www.previewsworld.com/Catalog/Prevue/JUL170435 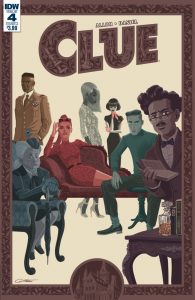 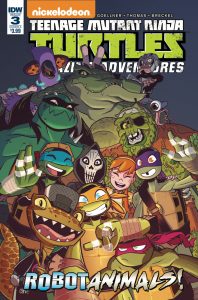 TMNT AMAZING ADVENTURES ROBOTANIMALS #3
(W) Caleb Goellner (A/CA) Chad Thomas
Baxter Stockman seeks to turn all mutants into robots… that he can control, of course! The TMNT must work together like never before if they are to overcome the Robotanimals, and Baxter’s next surprise!
In Shops: Sep 13, 2017
SRP: $3.99
Preview:https://www.previewsworld.com/Catalog/Prevue/JUL170537 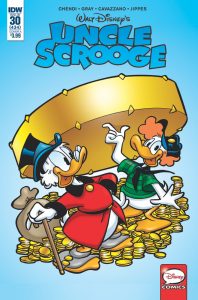 “The Tourist at the End of the Universe!” O.K. Quack may look like a normal Duckburgian to Scrooge McDuck – but he’s really a spaceman whose shrunken ship is lost in Scrooge’s Money Bin!
In Shops: Sep 13, 2017
SRP: $3.99
Preview:https://www.previewsworld.com/Catalog/Prevue/JUL170518 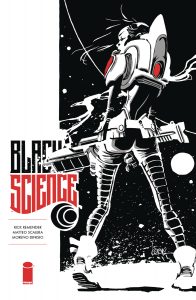 BLACK SCIENCE #31
(W) Rick Remender (A) Matteo Scalera, Moreno DiNisio (CA) Kaare Kyle Andrews
NEW STORY ARC! “EXTINCTION IS THE RULE,” Part One (of Four)-Reunited in the face of incalculable chaos, our Dimensionauts dive back into a one-way mission to the center of all existence. It’s time for scientific anarchy to save the day, or spell doom for all creation. One of those.
In Shops: Sep 13, 2017
SRP: $3.99
Preview: https://www.previewsworld.com/Catalog/Prevue/JUL170782 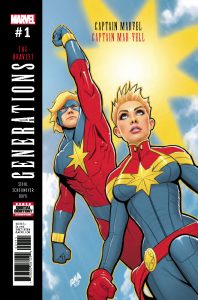 GENERATIONS CAPT MARVEL & CAPT MAR-VELL #1
(W) Margaret Stohl (A) Brent Schoonover (CA) David Nakayama
Carol Danvers, THE MIGHTY CAPTAIN MARVEL, finds herself face-to-face with someone she never thought she’d see again – Mar-Vell of the Kree, THE MIGHTY CAPTAIN MARVEL! But before she can get to the bottom of this impossible reunion, she gets embroiled in combat with someone who wants the Kree destroyed – talk about terrible timing!
Rated T+
In Shops: Sep 13, 2017
SRP: $4.99
Preview:https://www.previewsworld.com/Catalog/Prevue/JUL171003 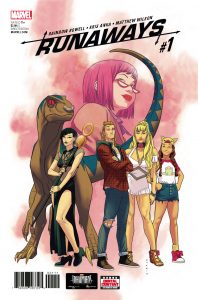 RUNAWAYS #1
(W) Rainbow Rowell (A/CA) Kris Anka
GET READY TO RUN!
The “IT” book of the early 2000s with the original cast is back – Nico! Karolina! Molly! Chase! Old Lace! And, could it be? GERT?! The heart of the Runaways died years ago, but you won’t believe how she returns! Superstar author Rainbow Rowell (Eleanor & Park, Carry On) makes her Marvel debut with fan-favorite artist Kris Anka (ALL-NEW X-MEN, CAPTAIN MARVEL) in the series that will shock you and break your heart!
Rated T+
In Shops: Sep 13, 2017
SRP: $3.99

For a full list of everything released this week including comics, graphic novels, magazines, posters, collectibles and more, check out the NEW RELEASES page over at PREVIEWSWORLD!

A new podcast! Welcome to the first episode of The Cosmic Library! We have a new comic book …

Black Lightning is an upcoming television series that will air on The CW. Mara Brock Akil, Salim …